Today started wet and windy, very windy. On days like this we normally have found a place to tie up without too many trees, shame we needed to move.

We gave ourselves plenty of time to move up to below the locks. Pushing off took both of us on the bow as the wind was holding Oleanna firmly to the bank. Below the locks a bridleway crosses over the canal, this is accessible by car/supermarket delivery van. The only down side is that to be able to moor you are virtually on the lock landing. We tied up to the last bollard and Mick found a ring for the stern. There was little likely hood of anyone coming up or down the locks as it was so windy, but we stayed alert should anyone need assistance.

Mick walked up to the garage to meet the delivery chap who was quite happy with our location, although he didn’t want to reverse up the bridleway. By the time everything was on board and stowed away I had done a full step aerobic workout and the delivery driver had decided that he’d go home and persuade his wife that they needed to buy a narrowboat. 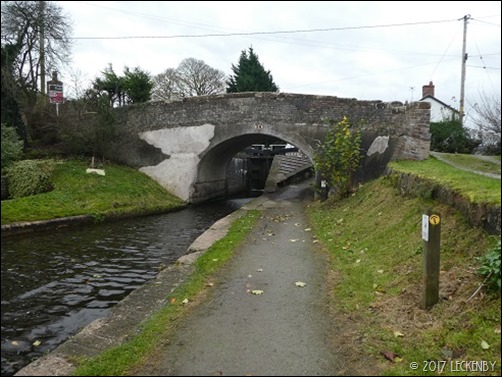 Decision time, do we reverse or more likely pull Oleanna back to the visitor moorings we’d just come from, or do we go up the locks and moor above where there is water. We decided on the latter as tomorrow may well be as bad and the water tank was getting low.

It was strangely quite warm but despite the rain having passed over we put full waterproofs on, just in 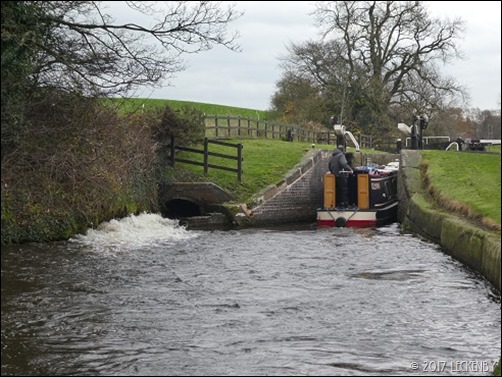 case, they’d at least keep the howling gales out. Two boats had headed up the locks yesterday late afternoon so we wondered how water tight the gates on the locks were. Lock 6 was full, water tight gates, the two above, 5 and 4, almost empty. On windy days like today the last thing you want to be doing is treading water waiting for a lock to be ready. So I headed off once Oleanna was rising to set the next lock and open it. Once open I’d walk back down to close the gate on the previous lock so that Mick could bring Oleanna straight from one lock to the next. But strangely enough it wasn’t the wind that caused the most problems, it was the mass of leaves in the water and the amount of water coming down the bywashes. Leaving locks was seriously hard work.

With Oleanna rising in Lock 4 I headed up to the staircase. There was nobody wanting to come down, not a surprise as no one in their right mind would be moving today! Each of the chambers was full, or just about. This was a bit of a surprise after seeing them empty yesterday. There had also been a comment on a Facebook group about someone having left a paddle up on them which had drained the water. The paddle won’t have helped, but we had suspected that the gates leaked. Maybe when the locks are full the gates seal better (more water pressure) than when they are empty.

The middle lock was actually so full that water was flowing over the bottom gates. Now that had to mean that water was coming from somewhere and sure enough there was a paddle just open, enough to keep the chambers topped up. Mick had now joined me so we set about setting the chambers, most of which was already done. We lifted a paddle on the top chamber to keep that topped up to the level of the pound above and then emptied the bottom chamber. To go up a staircase of locks, you need the bottom chamber empty, then the next chambers above to be full, each one in turn empties into the one below raising the boat so that it can pass into the next chamber when level with it, the last chamber gets filled from the pound above. 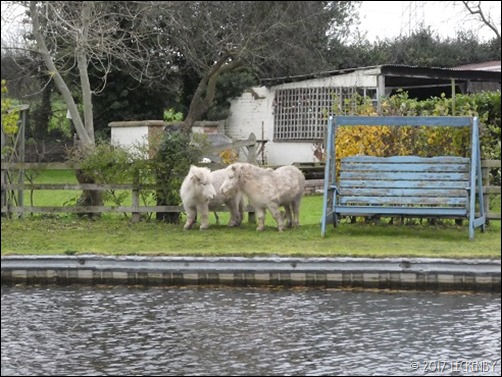 With everything ready Mick went back to get Oleanna, she’d been left in the lock below with the gates open. Two very short ponies came out from behind a fence to check what was going on, I wonder if in the summer they sit on the swing and watch the hire boats come and go. 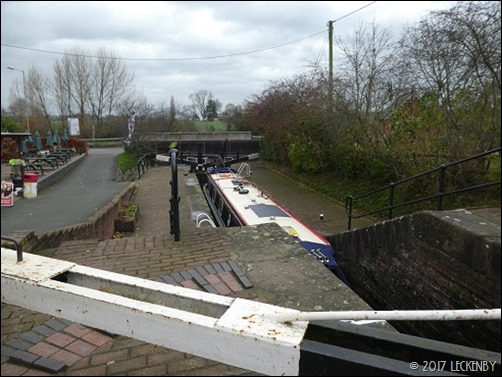 We worked Oleanna up, when the water was level to move from the second chamber to the third it looked like it was a bit low, around 16 inches lower than when it had been full. Would this give us enough water depth to get over the cil into the top chamber? Not wanting to risk it I opened up a top paddle to let more water down and bring the level up. Mick kept an eye on the level and signalled when it was back to full.

Once up we went straight to one of the four water points. Washing machine was filled and the water tank filling as Oleanna rocked around with the blustery wind outside. 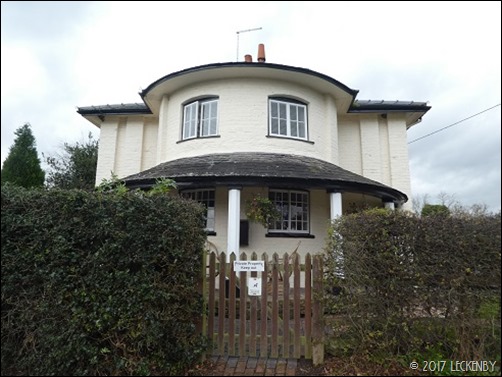 Up ahead there wasn’t quite enough space behind the last boat on the moorings for us, anyhow there were a lot of trees. Further along there was space but more trees. So not wanting to go far in the wind we decided that if we pulled back we could position ourselves so that there was space for boats at the pooh sucky machine and lock landing behind us and that we were a boats length away from the first water point. We couldn’t be classed as being in the way, especially as no one else was moving. The weather is meant to be similar tomorrow, we may stay put, but we’ll see.