Last night I transposed the winter stoppages into our Nicholsons guide. From Monday we will be cut off from the rest of the network until mid December, then there will be a gap over Christmas and new year before a lot of work is carried out on the Llangollen Canal. The stoppages don’t start at one end of the canal and work their way along, this would make it easy for us to pass them, they are all higgledy piggledy here and there. We could get ourselves blocked in, which may happen if it gets really cold anyway, but if we can we’d rather keep moving albeit at a slow pace. Having the dates written in our guide meant it was a lot easier to see a route through.

Mick worked out our average traveling each day so that we could reach Llangollen a bit before Christmas. 40 minutes a day! We are going to be worn out! 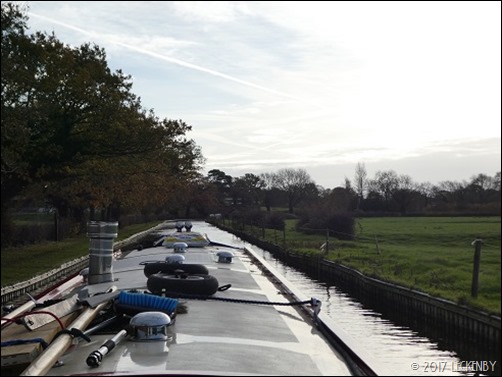 Awaiting the kettle to boil this morning Oleanna suddenly tipped around violently as a boat steamed past aiming to break through the stratosphere. At that speed he’ll make it to Saturn in no time! A few carefully chosen words were said loudly by both of us, but fell on deaf ears, the engine was making quite a lot of noise, straining to churn up the bottom of the canal in an attempt to gain more speed! Once he had passed we could resume our peaceful Saturday morning.

With a paper to buy and no shops within a bike ride we weren’t allowed to be tardy this morning, we had to get to Wrenbury before our choice of paper was sold out. 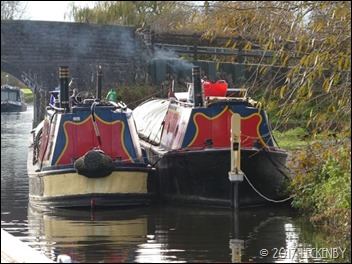 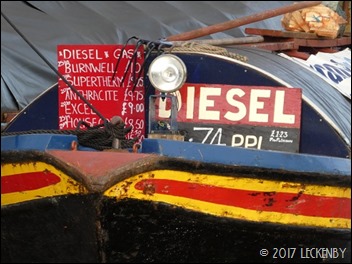 As we made ready to leave a boat came past meaning that we’d be following them up the locks. We pushed out behind and pootled along through wonderful low autumn sunlight. The trees have been holding onto their leaves giving us golden views everywhere. The orange and yellow against the bright green fields is beautiful. 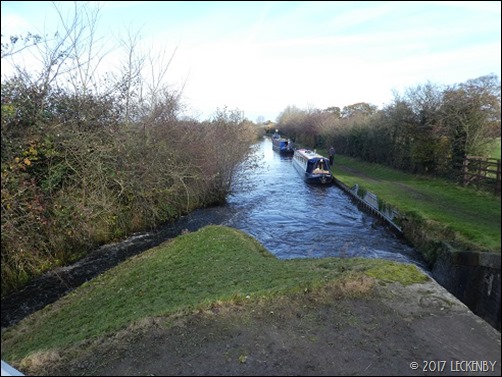 The boat ahead had pulled up at Swanley Bridge Marina for a loaf of bread, but as it was plastic sliced we didn’t bother to stop ourselves and carried on to the locks. This however didn’t mean that the locks would be in our favour as we had caught up with another boat, just finishing ascending. Once emptied for us Mick brought Oleanna into the lock with quite a bit of speed. This is needed as the flowing bywashes are quite strong and you need a strong line so as not to get pushed over to the towpath. 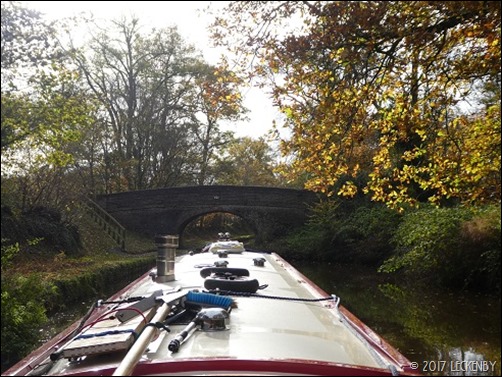 We travelled the Llangollen on NB Winding Down some six years ago, we of course have memories of that cruise but not in much detail. I also had my first boating holiday here when I was sixteen with my boyfriend at the time  and his family, I definitely have memories of that trip! Today it felt like we were discovering the canal for the first time. Our agenda is different than when we were on Winding Down, we don’t have to be back at base in two weeks, we’ve got six weeks to get to the end and be back through the first stoppage. 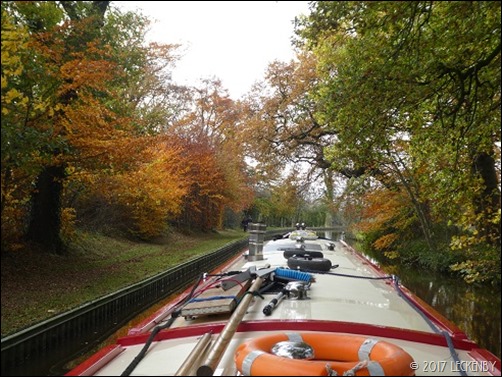 The boat ahead of us was taking it’s time and pulled over after the second lock. Another mile and a half and we were at the Baddiley Locks. Here we met boats coming down, a share boat that had been worried about Hurleston possibly closing early on Sunday and another returning to their base at Swanley Bridge.

We pulled up between bridges 18 and 19 where there was a stretch of 48hour moorings. Boats were pulled up either side of the mooring rings, this usually means they can moor for fourteen days, which is still the case. But for the last couple of years all visitor moorings revert to fourteen days during winter unless otherwise stated on the signs. Are we the only people who know this on the Llangollen?

Mick walked to the Spar shop whilst Tilly went out to explore the surroundings. There was a gap in the newspapers, possibly where our chosen paper should have been, so we’ll have to make do with a substitute this week. 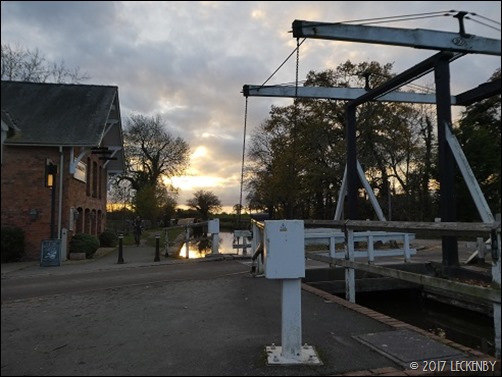 We later had a walk up to the big lift bridge to see if we could see anywhere for a supermarket delivery. There is a stretch of winter moorings and past the bridge the visitor moorings are filled with hire boats. So nowhere here. We’ll make do with what the Spar shop has to offer and find somewhere else for a delivery, hopefully before Ellesmere.