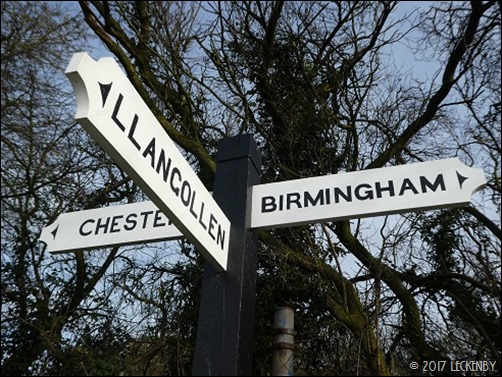 Boats were moving early, NB Halsall and NB Seyella passed as we were having our morning cuppa in bed. But once we were up it was time to turn right for Christmas which is only 44.5 miles away. 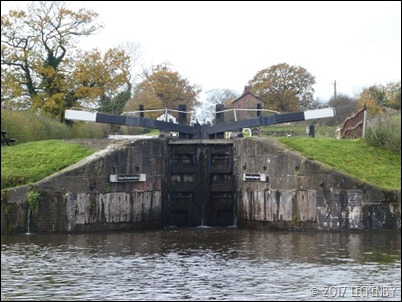 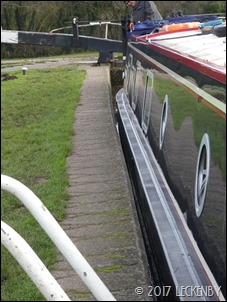 As Oleanna rose carefully in the bottom lock of the Hurleston flight we were glad that we’d insisted on our boiler flue being moved from the gunnel side. Today it would definitely have been broken as the lock is so narrow, just a couple of inches spare for us. Old boats that have got a bit of old age spread have difficulty with this lock which can be seen on some of the stonework low down in the chamber.

We worked our way up to the top of the four locks where there is still no sign of preparations for the stoppage next week. Normally equipment, barriers etc. are piled up at the sides of locks ready and waiting to be put in place. But no sign here, maybe as there is road access things will turn up on Monday. A chap walked down the flight to see if we knew anything about the stoppage, so I told him what we knew that the flight would be closed for about a month.

Pulling up at the water point we popped the washing machine on so that the tank could refill as it cleaned our clothes. Now was also an opportunity to clean the towpath side of the roof and see how much soot I could remove from the chimney. Whilst in Garstang we’d bought ourselves an expanding hose, for those times when you are moored near a water point, but the normal hose doesn’t reach. This came out for the first time today as it had come with a spray gun attachment which made rinsing down the roof very easy. There was no need to shoot my window whilst I sat in it though! Cruelty!! 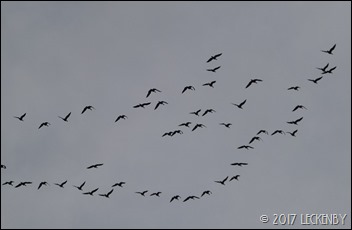 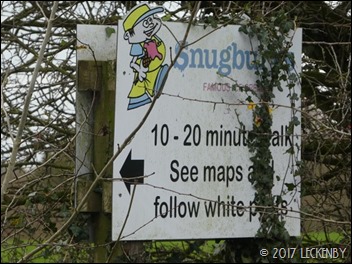 We pootled on a short distance and decided to stop for some lunch. With milk and bread about to run out Mick was hoping to push on today to Wrenbury Mill where there is a shop, whereas I was hoping to follow the signs and posts across the fields to Snugburys Chilled Medication shop. As ice cream is made from milk we wondered if they might just have a pint or two spare and I would use up the out of date bread flour in the drawer and make a loaf. Mick gave them a call. Yes they could spare some semi skimmed, Hooray!!!! 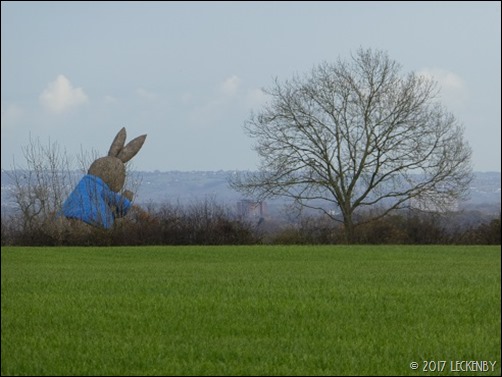 Six years ago we didn’t know of Snugburys existence until we were on our way back to base on NB Winding Down, so we’ve never been. Some hoodlum has handily broken the maps on the stiles that lead across the fields, so we had to follow the white posts and hope that we weren’t going the long way around the circular walk! The paths lead us across boggy fields with no sign of the special farm that lay ahead. But then towering over trees we could see a blue jacket on the back of a giant bunny. Luckily he couldn’t see us as we approached from behind, then sneaking off to the farm kept us out of harms way. 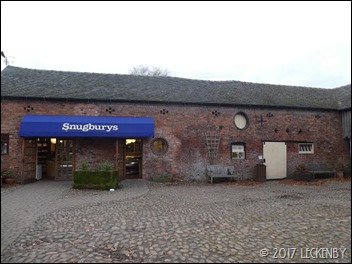 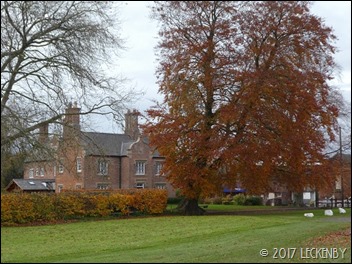 The rather pretty farmhouse sits amongst golden orange trees and through the falling leaves we could see a blue canopy on the front of a barn. This was it. 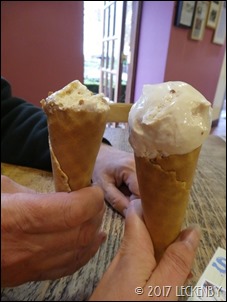 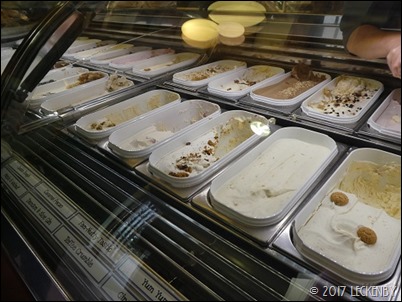 First things first, the milk. They only had four pint bottles, would that be okay? It was. Then as we were stood right in front of the chillers it would have been exceptionally rude not to have partaken in some chilled medication! They boast on their website of forty flavours, well today I could only count 36, what choices were we missing out on?! This didn’t really matter as I would have liked to have tried at least fifteen.

With one flavour each in a single sugar cone we sat and watched as a steady stream of customers came in to sample the wares on a chilly November afternoon. The Hot Chocolate made with Death by Chocolate  ice cream looked very good, but we stuck with the pure medication. 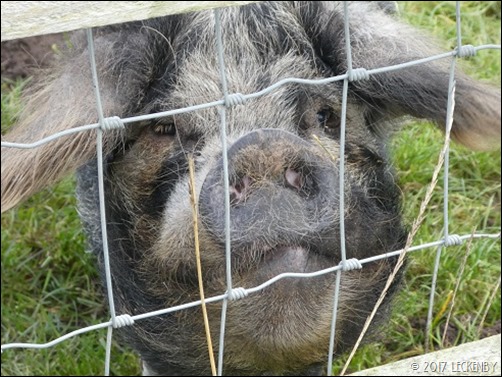 A goat and three very hairy pigs snuffled around in a field, quite happily chomping at the grass right next to the fence. Then we had to have a look at the killer rabbit. Last year it was Beatrix Potters 100th birthday so they built a straw sculpture of Peter Rabbit. He stands at 38ft high, his ears are 10ft and so is his carrot! Sadly in February this year arsonists set light to him destroying the 1000 man hours that it had taken to create him. Locals rallied round and a new Peter was built. From some angles he really is quite scary, his carrot resembling a jagged knife! 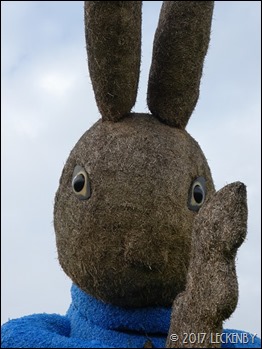 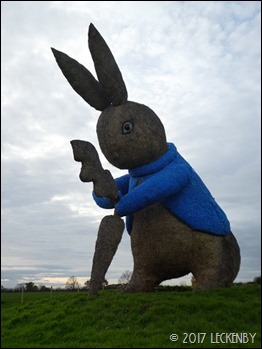 1 thought on “Man Cannot Live By Ice Cream Alone… But One Can Try! 17th November”