After breakfast Mick gave the chap at Midway a call, just in case he hadn’t got round to ringing us. A filter had arrived, but it wasn’t the same as the one we already have. However if we turned up after lunch they would have a look and see what could be done. We already had a back up plan, if they couldn’t replace the filter then they should be able to mend the bypass leak and we would own up to Finesse and see if they could get us a new one to replace it when they next come to visit. 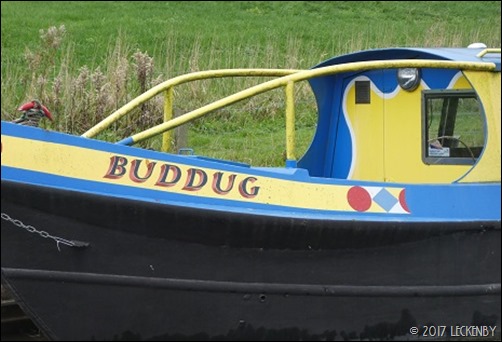 So we decided to nudge up nearer to Barbridge ready to pull round the corner at the right time. It didn’t take long to reach a mooring with the junction in view, only about a mile. I’d left my camera inside so missed an opportunity with a Kingfisher, he was tucked away in a very bushy tree, so wasn’t really worth the effort. Trying to convince Tilly that we hadn’t stopped for the day gets quite hard at the moment. Some days this is as far as we go at this time of year and she becomes so lovey dovey trying to pursued me to open a door for her. She now has a habit of making me stroke her, directing my hand with her paw.

Mick decided to head off to see if he could buy some milk from the garage further towards Bunbury on the A51 whilst I had a go at defurring the curtains and sofa. Tilly uses the curtains as a kind of hammock so that she can be up close to the outside, this means all our curtains get a good covering of black fur. Mick returned having given up as there was no footpath along the busy road and he would rather not have milk than get squashed. So we had a quick lunch, pushed off, turned back onto the Middlewich Branch and breasted up to a boat moored at Midway. Whilst Mick went off to see what could be done I carried on with a bit of a clean, this proved to be a mistake. 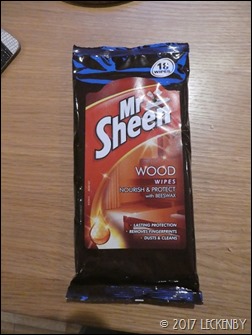 The other day I bought some wood wipes with the hope that giving our oak a polish every now and again would keep it looking good and protect it from condensation and Tilly. So I had a go at a length by the sofa. I fairly soon stopped as the smell was quite strong. We are not fans of aromas, tending to choose products that are fragrance free. I also have a big problem with the smell of honey and these wipes contained beeswax, not the same but similar and, to me, horrendous. The packet was sealed back up never to be opened again! The rest of the day I’ve had to put up with the smell and I really hope it wares off very soon.

Meanwhile Mick was sent to the workshop to ask for Nigel. The filter they’d been sent was designed to be fitted to rubber hosing, we have copper pipes so no good for us. However on their diesel tank they had a wasp fuel filter just like ours, but still in one piece. If we were happy with this preloved (second hand) filter then they would clean it up for us and install it. The pipe leading from our diesel tank was found to be the cause of the new leak as it was slightly crushed, so this needed replacing too. Nigel was a quiet worker, stepping off Oleanna after an hour and saying we should run the engine for an hour to check for any leaks. So we pootled along to the next winding hole and back. 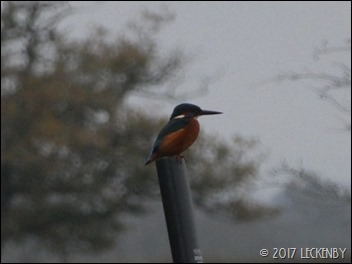 The sky was filled with birds gathering and sweeping about, grabbing a rest in trees and chattering away bout their journeys. They seemed to be leapfrogging each other as we passed rows of orange trees. On our way back there was a streak of blue, another Kingfisher who didn’t seem too bothered by boats. He flitted from one to the next until he got sick of the sight of us and headed back along the cut behind. 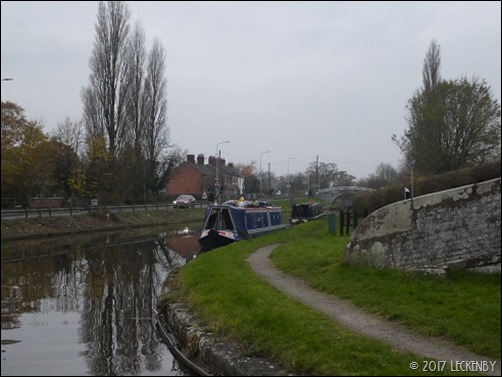 At the junction we turned left, NB Seyella in view just to the north. We moored up where we’d had lunch, Mick pulled the engine boards up to check if all was dry and to our relief it was. The diesel will be left turned on overnight and checked for any problems before we move off tomorrow. Mick went back to Midway to settle up. The workings out on a piece of paper quite different to what Canal Contracting had quoted. Even though the filter was second hand they need to replace it so we didn’t get much off for that (still cheaper), an hour not two and a piece of pipe to replace the squashed one. Less than half the quote from CC, we’ve let them know.