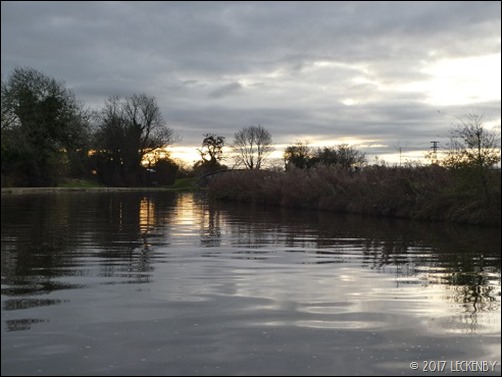 A day of waiting. To while away an hour or so we had a walk up the Hurleston flight to have a look at the troublesome narrow chamber of the bottom lock. However it was full, so we couldn’t see much. Below there are signs saying to lift your fenders, they have been there for a long time. Just the width of a pipe fender down the side of your boat can make the difference between travelling through the lock with no problem and getting stuck! We don’t travel with fenders down as you tend to loose them and someone else inevitably finds them wrapped around their prop. When we moved onto Oleanna we left Lillian with a full set and gave away another set that we have gradually picked up through the years. 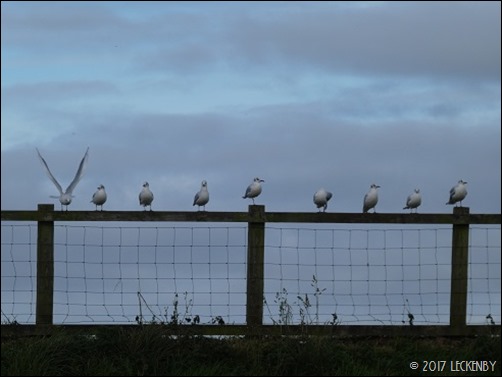 A gushing bywash passes the locks to their south side, sometimes audible as you walk up the towpath and sometimes underground. Other bywashes join the intermediate pounds all flowing quite freely today. At the top there is a service block which unfortunately is closed at the moment, so no toilets or pump out, but the water taps are still usable. 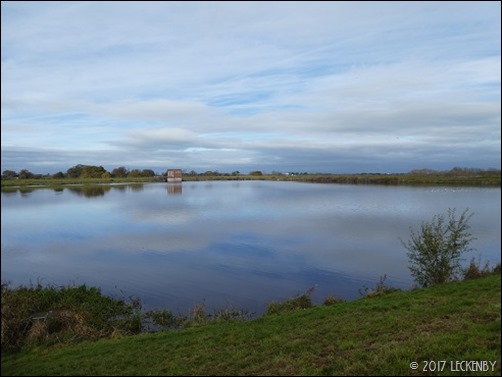 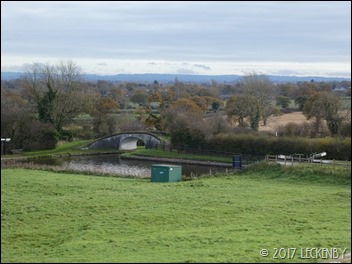 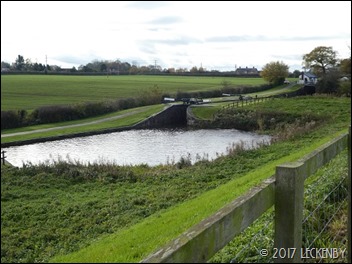 To the north of the four locks is Hurleston Reservoir. The water flowing down the canal from the Horseshoe Falls at Llantysilio fills the reservoir and is used for drinking water. It holds 85 million gallons of water and around 12 million gallons flows along the canal each day to keep it topped up. You can walk around the edge of the reservoir and today we had a great view eastwards towards Mow Cop and the Pennines. You also get a good view of the locks from here too. 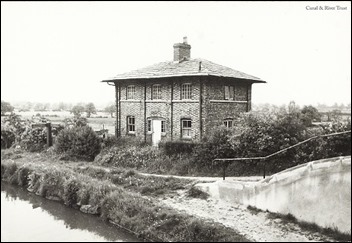 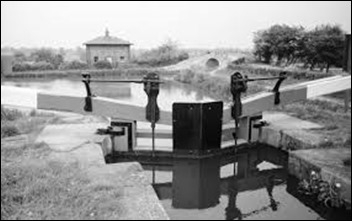 Back at the junction there are some twisted garden railings intertwined with the undergrowth. This is all that is left of a two story house which was most probably a toll house as seen at many other canal junctions. The demolition of this building in the 60’s was the catalyst that helped start the Landmark Trust. Sir John Smith was so outraged at the buildings destruction that he was determined to prevent the loss of other small historic buildings that the National Trust and it’s likes were not interested in. The buildings that the Landmark Trust saves do not become museums, but are places people can inhabit, staying for short periods of time and enjoying the history that surrounds them. The wonderful Gate House at Tixall is one of these as is Lengthsman’s Cottage on the Stratford Canal. 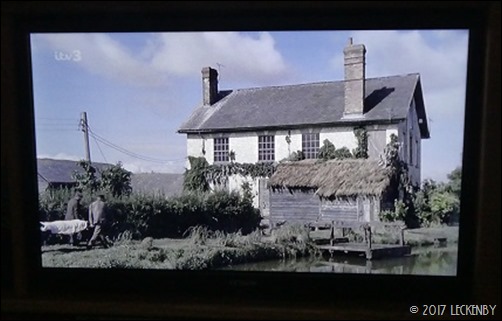 Back at Oleanna we pottered away the day, an episode of Inspector Morse ‘The Wench is Dead’ kept us occupied.  Morse solves a murder on the Oxford Canal back in the 1850’s. We tried to work out where it had been filmed as the Oxford is a narrow canal, but it seemed to have broad locks, electricity and TV well in advance of most places! We did our best not to ring the chap at Midway Boats. We’d kept Tilly indoors for the morning just in case. But with no word we relented and let her out, thinking that this would surely mean he’d call. Luckily for me there was no call and I got to find friends and play for hours.