Waiting for a phone call from Midway Boats we decided that we should move on a little so as to be nearer Barbridge for when the filter housing arrives. But first we wanted to pop back into town for a couple of bits. Our five litre bottle of Rapeseed Oil is just about empty and it will be a few weeks before we can call in at our friends farm on the Yorkshire Wolds for a top up. This bottle has lasted us just over a year and calling in gives us a good excuse for a catch up with Jennie, Adam and their kids. But if we want a roast dinner between now and then we need more oil. 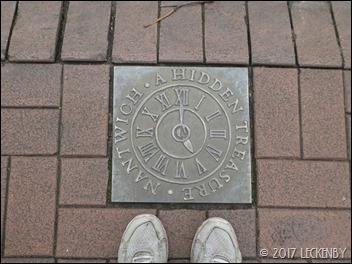 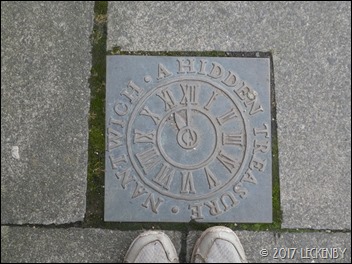 A trip back into town also meant that we could spot the last two clocks from our walk yesterday. The first one had been underneath our feet at one point and the other we’d missed by about 20ft when we turned a corner. 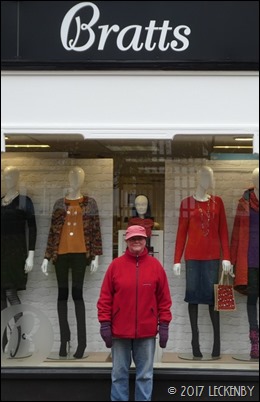 Today I realised that we’d been walking past a shop that a few years ago I’d have taken more notice of. Bratts. When I was about 16 for some reason I started to call my Dad, Fatso (Mum fed him well so he had some padding, but not too much). This was an affectionate name for him and he soon returned the complement and called me Brat. He remained Fatso to me for the rest of his life. So I had to have a photo taken outside my shop, I should have struck a pose to match the ladies behind. 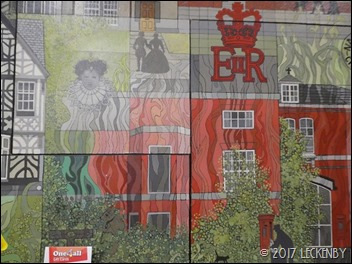 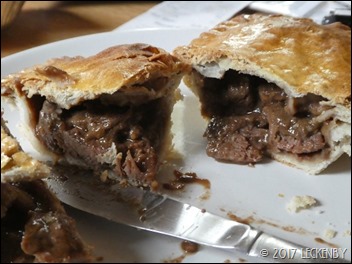 As we were at the end of Pepper Street there was only one thing for it. A visit to Clewlows as there was no pie left on Oleanna. Another Pound Pie for Mick and as I’d been alright with the pastry the other day I tried a Steak Pie. This turned out to be better than the chicken, the steak was plentiful and very tender with a tasty gravy. We did our best to support the local shops and buy the rest of our bits from them, but as the only rapeseed oil we could find was at the grocers and was well over priced we relented and had to go to Morrisons for a bottle. 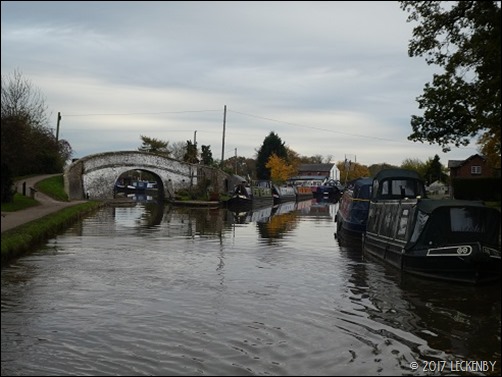 A quick lunch and then we pushed off aiming for Hurelston Junction in time for Tilly to have an explore. Coming round a bushy bend I could see a little bit of turquoise and darker blue, so I reached for my camera for todays Kingfisher photo. However as we got closer it turned out to be two fishermen and their rucksacks! 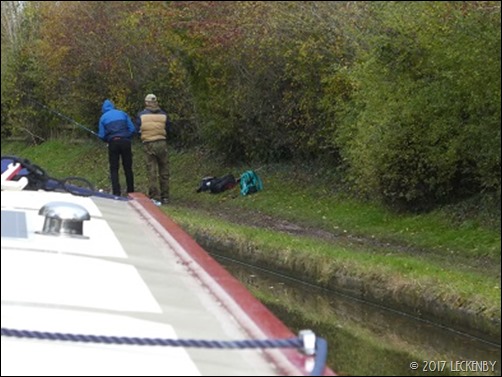 Further on though another bit of blue caught my eye, it was a Kingfisher. He kept zooming along to strike another pose for me on the next tree and then the next before swooping back behind us skimming the water surface out of view. 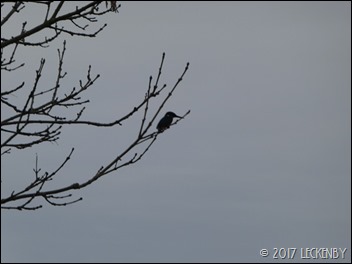 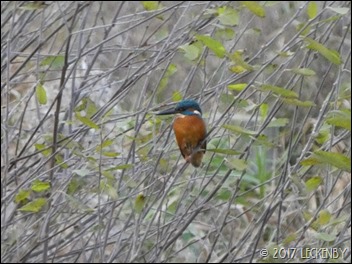 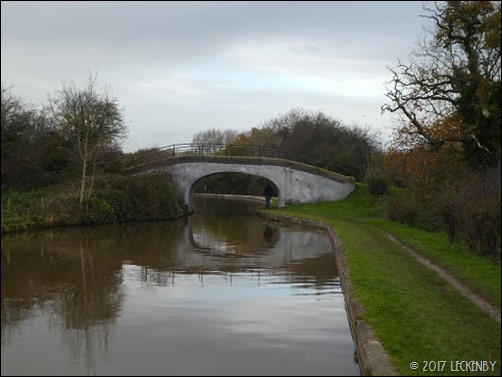 Just before the junction we pulled over to join other boats at the 48hr moorings. As usual we checked what was about before deciding on letting Tilly out, who by now was SHOUTING out of the bathroom window! There was a dog up the way, but it seemed far more interested in what was going on on the boats. So the front door was opened up and Tilly let loose. She wondered into the sideways trees only to have to dash the last bit as the dog came charging along the towpath towards her. I called out for her to keep going, but she just arched her back and puffed herself up facing the dog. Not sure if it was her or me who scared the dog off, but it soon turned round and sauntered back up the towpath. Tilly might have been alright with this, but we weren’t. She had a wonder around and then returned to the boat at which point the doors were closed and we pushed off again, cruising to the next stretch of moorings on the other side of the junction where we could be on our own. The trees here were far better anyway, don’t know why they didn’t come to this outside first of all! 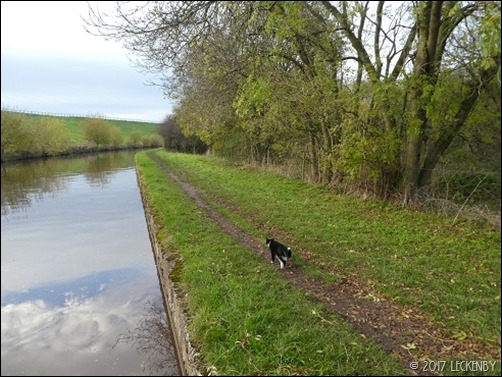 The chap at Midway was still waiting for the filter and he would call us ‘as soon as it arrives’, translated as stop ringing me, I’ll ring you. So here’s hoping it arrives tomorrow.