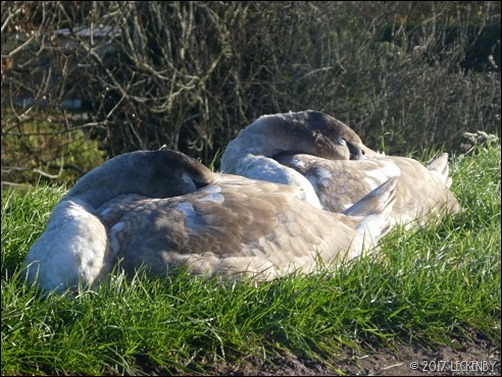 With no plans of moving today, unless we heard from the chap at Midway, Tilly was allowed out to continue conquering the trees at the bottom of the embankment whilst our nearest neighbours had a morning snooze. Oleanna had her air filter changed and the inside of the cabin had a good dust down. Some of the morning was spent with emails about our house in Scarborough and the on going problems, one day they will all be sorted!
When Tilly came home it was our turn to go off and explore leaving her in charge for a couple of hours. 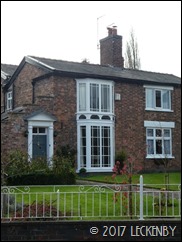 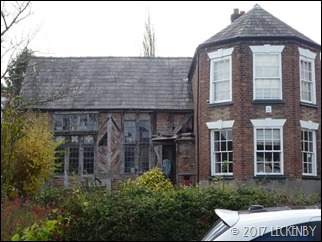 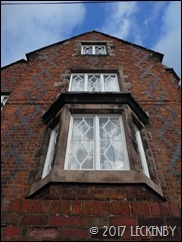 There is a vast array of buildings on the walk into the town centre. One has obviously had an extension added to it joining two very different periods. The large french windows on another are slightly spoilt by the upvc in the house next door. Then the Headmaster’s House that oversees the road. A 2/3 bedroom groundfloor flat here will set you back £299,000. 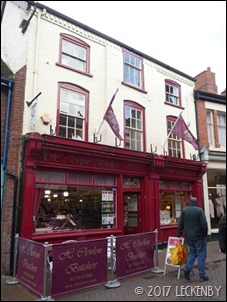 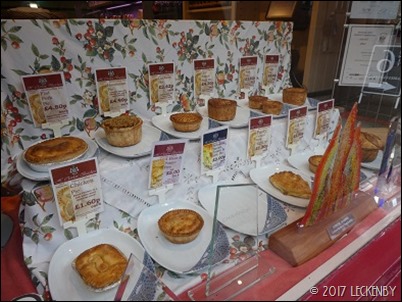 First port of call, the butchers, Clewlows. Our Pearsons guide suggested it was in their top six purveyors of pork pies on the canal network and this morning Mike from NB Alchemy also gave them a glowing review. They are obviously aware of how good their pies are as a whole window is dedicated to them. They don’t just do Pork Pies of different shapes and sizes, they do allsorts, each one looking very tasty. Mick chose a pound pie and I risked the pastry and got a chicken pie. Other things attracted us, Pork and Chestnut sausages being one. Our visit was timed badly as the boat has enough meat on board for a week or so, this could also be seen as being well timed as we didn’t spend a fortune. I suspect we’ll be returning here the next time we’re in Nantwich. 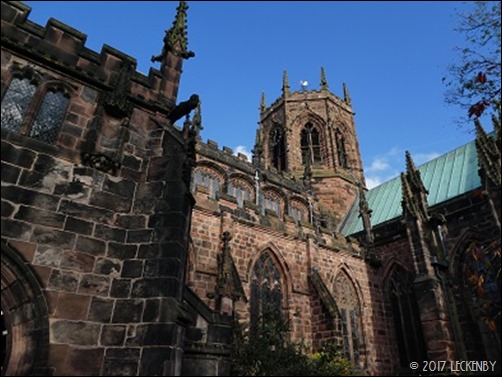 Next was St Mary’s. Dating from the 14th Century it underwent substantial restoration in the 19th Century by Sir George Gilbert Scott. The pillars that hold the ceiling up are slightly wonky. By 1789 the general structure of the building had deteriorated so much that it was deemed to be unsafe. The high water table of the area did not help, the floor level was altered eroded stone replaced much of the work good, but many didn’t agree with the substantial changes. 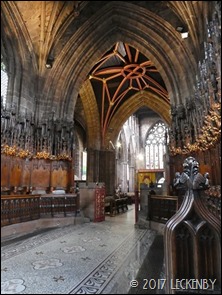 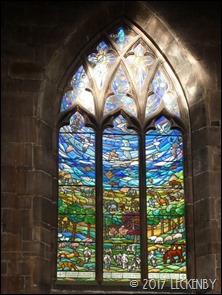 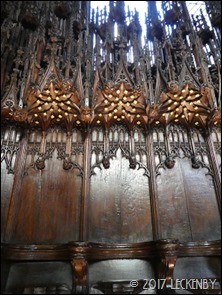 Today the church is very welcoming, a guide was chatting away to a group in the pews. Everywhere was warm, they had the heating on and it was doing it’s job to heat the building and not just the two inches around the radiators. Heat rose from under the floor grills in the choir, wonderful. With a stone vaulted ceiling showing off the intricately carved bosses dating from the 14th Century. The choirstalls each have a medieval carved wooden triple-arched canopy which are so intricate you’d be scared to sneeze there. The stained glass windows date from 1855 through to 1985, the latest depicting the creation in memory of a local farmer. 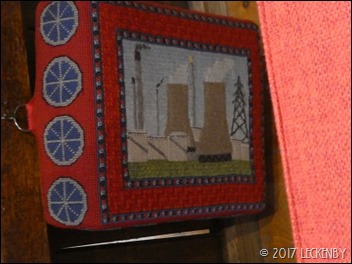 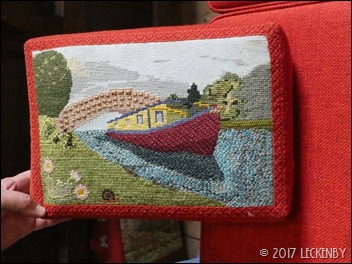 There is a lot of skill and love shown everywhere with the intricate carving, to what remains of the painted walls, but what really stood out to me were all the hassocks.  Each pew has a colour and theme to the hassocks. Not all religious or historical. What an array of fantastic paintings created with thread and needle. They are well worth the time to look at them all. 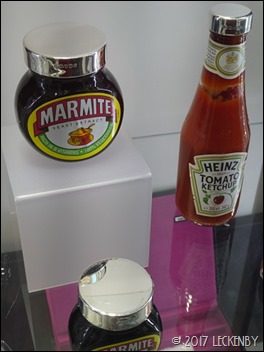 We then had a wonder around a few of the side streets seeing what was about, sadly the market was closed today, but maybe we’ll return tomorrow. Down next to the Crown Hotel is a snicket where there are a few small shops. In a jewellers window there was an interesting idea for a gift for someone who has everything. Silver hallmarked tops for Marmite, Heinz Ketchup and HP sauce. You’d certainly not go throwing that lid into the recycling with the bottle! We wondered if they did a lid for the squeezy bottles too. 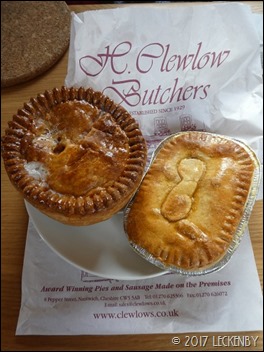 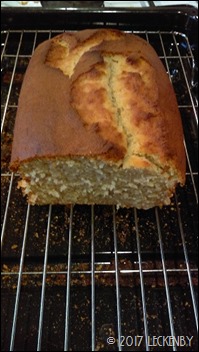 During the afternoon we tried to watch another episode of The a word, but failed. For the first time in nearly two years our internet with EE has suffered with high usage after kids have got home from school. This used to be common when we were on the Three network, but we’ve not had it on EE until we moored here. However later on the local kids must have been sent to bed early as things improved, so we managed to watch the remaining three episodes.
Mick made a call to Midway towards the end of the day. The chap had ordered a new filter housing for us, but what had turned up was the filter mesh that goes inside it. He was on the case and would keep in touch with us. We suspect it won’t turn up over the weekend. 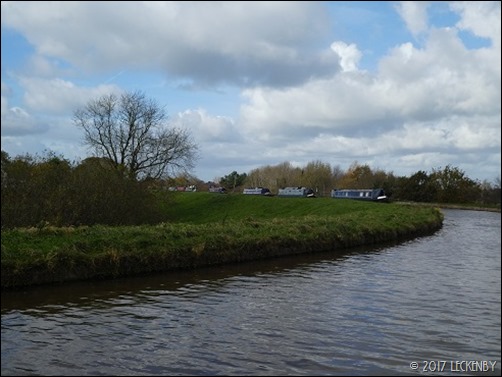