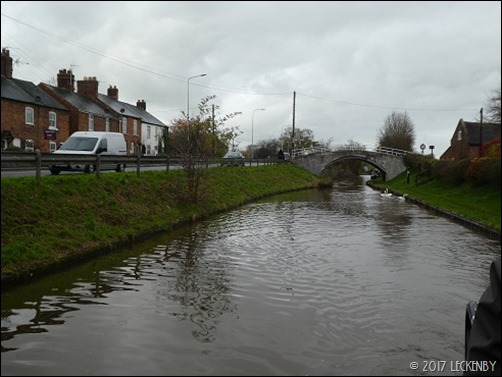 Not the most peaceful of moorings, we think the speeding traffic had a short rest at about 3.43am, but only for about 5 minutes. We did however manage to get some sleep, it didn’t bother me!
The chap at Midway Boats got back in touch and said he thought he’d be able to help us, not sure how much the filter would be and he’d have to charge us to fit it, fair enough. We did this morning receive a quote from Canal Contracting, so we have an idea how much the filter should be and how much is too much for labour to swap out a filter! 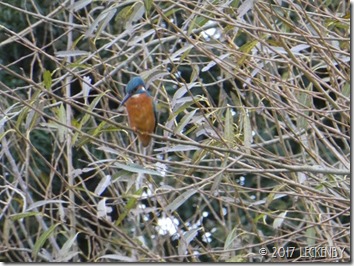 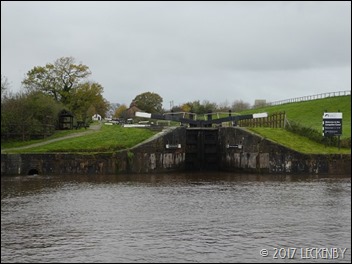 With at least a day to wait we decided to head on to Nantwich, food stocks needed replenishing. So we pootled along keeping a straight line and pulled up on the embankment that goes through Nantwich, plenty of sky around here. We’ve never been able to moor here before as it’s always been full, but today the swans just needed to nudge up to make room for us. 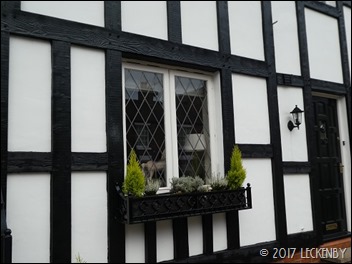 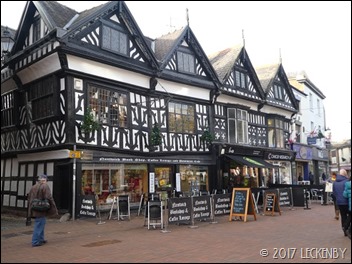 With a bike to act as our Sherpa we headed off to find Morrisons and see if we passed Clewlow Butchers which is meant to have very good pork pies. Quite a distance through the town, passing plenty of half timbered buildings, one or two from this century! 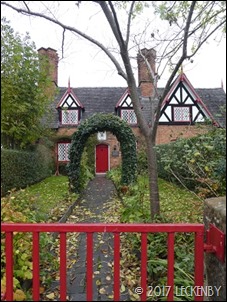 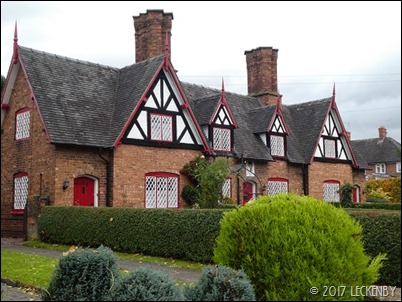 The Almshouses stood out from the crowd with their immaculate paintwork. I wonder how dark it might be inside them, big windows but broken up into little panes. 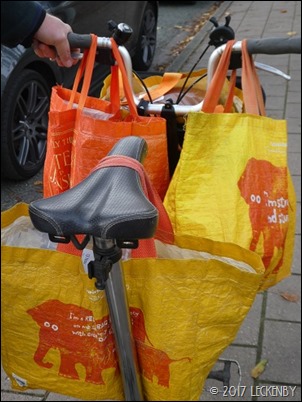 Hopefully we’ll get chance to have a better look round tomorrow as today we had to concentrate on supplies and taking a detour to find the butchers wasn’t going to happen once our trusty steed was loaded up. I’ve visited Nantwich about thirty years ago when a friend was at college in Alsager and we had a visit when Winding Down was iced in at Aqueduct Marina in 2010. 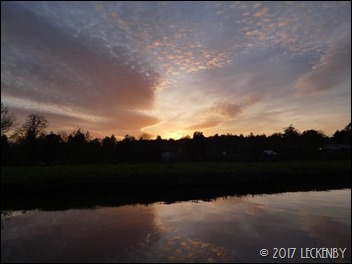 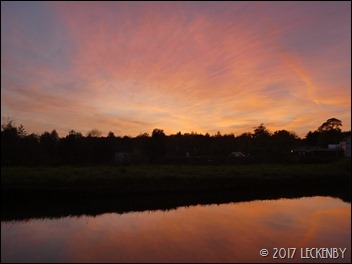 The rest of the day Tilly was allowed out. Those big swans needed checking out, but in the end they looked like too much of a mouthful for me. So the rest of the afternoon I spent down the bank in amongst the trees looking for friends. Mick walked over to Nantwich Marina chandlers to see if they had an air filter and was able to just pick one up off of the shelf. I got a chilli together and popped it on the stove top so that it could cook slowly for a few hours whilst I had a go at knitting a couple of wrist warmers to match the sontag. With a pattern worked out I started them properly whilst we worked our way through a couple of episodes of The a word. We watched the first of the second series the other evening and thought it was worth catching up with the first series. With quite a bit of data allowance left to use up by the end of tomorrow we’ll be watching the last three episodes throughout the day. That is if the internet plays ball, it is decidedly patchy here.