I knew it had been a cold night when the condensation created from our breath that had settled around an open porthole had frozen. Little icy dots slid around the frame as I tried to absorb the moisture with a sponge. Outside the world had a crusty white frosty coating, but the sun was out and it all soon disappeared (before I got the camera out). I was glad I’d turned our clothes around as we both put on our padded trousers ready to move.

As the covers were folded and rolled up out of the way the frost melted. The bow fender, button, steamed away as we pushed off. Onwards to Barbridge Junction. 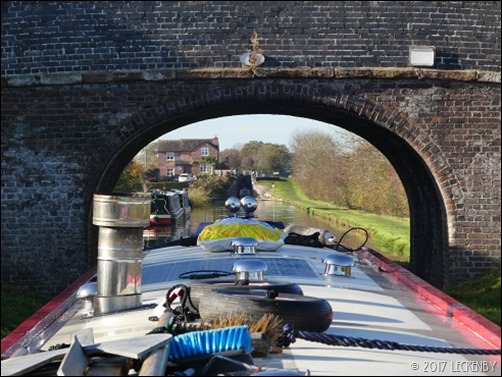 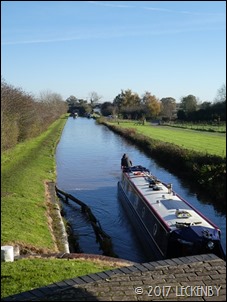 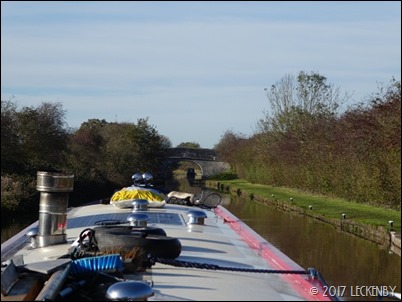 Approaching Minshull Lock there were no boats waiting, in the summer you can queue here for hours awaiting your turn. Today we could see the bow of a boat just appearing as the bottom gates opened, the crew saw us and left the gates open for us. We were soon up and joked that we just needed a boat to appear above so that we could leave the gates too, one appeared as I waited to heave the gate closed. Perfect timing. 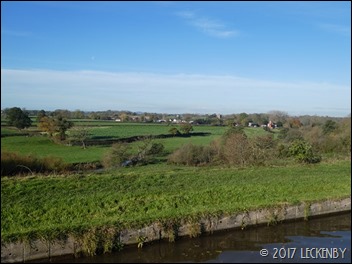 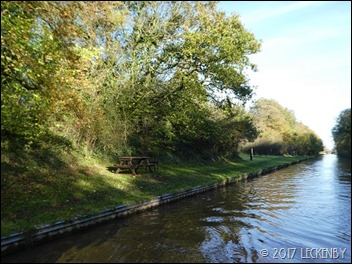 We like the Middlewich Branch, great views across down to the Weaver, wooded stretches, barbeque areas, friendly and user friendly. The two marinas were quite full as we passed, most boats now tucked up for winter. In fact the majority of boats on the move at the moment are share boats making the most of their last weeks this year. At Venetian Marina cafe they have a deal this November, two cooked breakfasts for the price of one (mention facebook). The pictures on facebook look good, but we managed to cruise on past, Mick’s are far superior anyway. 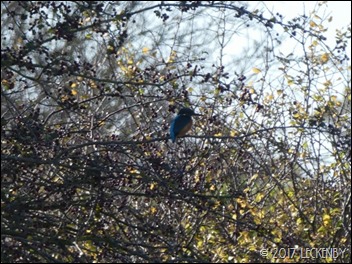 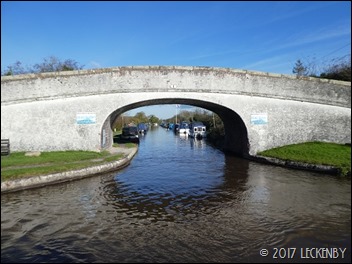 A short wait to go up Cholmondeston Lock and then we were on the flat for the rest of the day. Mick’s diesel clothes were put on a hot wash as we were now heading to a water point. At Barbridge Junction we turned right entering water we’ve not been on for six years. Nearing Calverley Services a boat was about to pull out, he waited for us to pass and then pushed off. Another boat was at the services and pulled out between us and the following boat, they’d rushed to untie, think we’d have patiently waited. 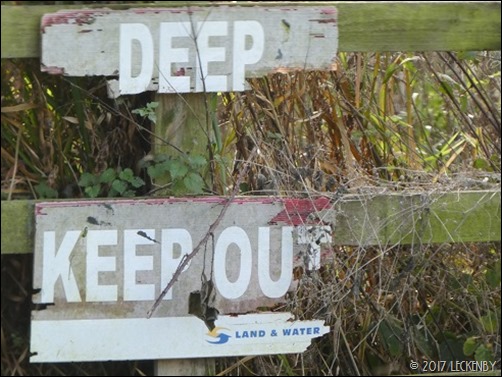 We carried on through the next bridge and pulled over for some lunch and to let the following boats pass. A good place away from the noisy A51, we considered staying here. But with a leaking bin bag full of diesel mop ups we needed a bin sooner rather than later and if the weather stayed cold we could find ourselves stuck for a while and the water was down to quarter of a tank. So once we’d warmed up we pushed off and carried on to the winding hole above Bunbury. Once we get off the Llangollen at the beginning of next year we may well head up this way to Chester.

Another shareboat was on the water point right in the middle, they moved up to make space for us as soon as they realised our intensions. Mooring was quite interesting. Now back with the busy A51 Mick couldn’t hear me shouting ‘Innie, Outy!’ A chap from the shareboat kept trying to engage in conversation with me, but Mick thought my replys were comments to him and then my gestures got misread. But in the end we got moored up and managed to have a conversation with the chap enjoying his beer whilst the rest of the shareboat crew washed  the boat down. 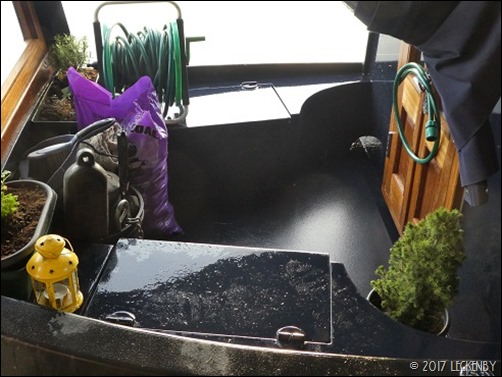 Whilst the water tank filled, three people chatted away to Mick as we emptied the yellow water tank. Just what is it with us emptying this tank, it always attracts people to stop and have a chat even if we are in the middle of nowhere! Soon after Mick had explained about or toilet and what he was doing the three moved off, maybe they’d got a wiff from the tank!

I took the opportunity to give the well deck a good sweep and rinse out whilst Mick did his best to wash out the mat we have at the stern which had had the leaking bin bag sat on it. None of this will stay clean for long, but it makes you feel better for a short while.

As we made our way back to the junction we got a call from Canal Contracting regarding our filter replacement. The engineer yesterday had inferred that we’d get a call today with a quote and it would all be sorted in a couple of days. However, despite photos of the filter having been taken the chap who rang didn’t know what the part was we were in need of. He wanted to know our whereabouts, to see who might come out to see us along with reading out a prepared script about the service. So no quote today. He’d email the quote in the next couple of days, we’d then have to accept it before an engineer would be arranged to meet us somewhere. This last bit could take a week to ten days! Really!! Mick asked if there wasn’t a way to get this done quicker as it would just be a straight replacement and we still had a diesel leak, the chap thought it might be possible.

So whilst we wait for him to send us a quote, we pulled in just before the junction and Mick headed over to Midway Boats to see if they might be able to help quicker. We’ve emailed them a photo of the filter and the chap in charge will have a chat with engineers in the morning to see what they could do to help. Wonder who will come up with a solution quickest?! 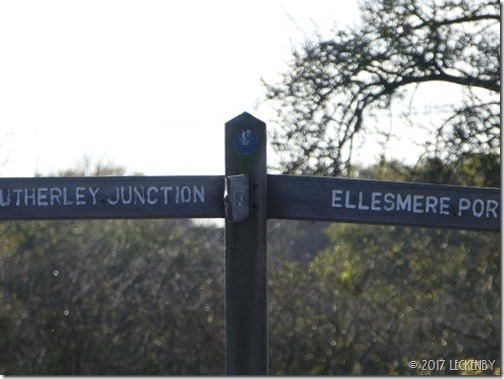 Now almost dark, we decided to stay put. Our mooring isn’t the nicest with the A51 about 25 ft away! But we are positioned so that we can turn into the branch should Midway want to have a look, or we can head straight on to Nantwich if we have to wait a day or two. Even Tilly seemed to be resigned to a noisy mooring for the night.