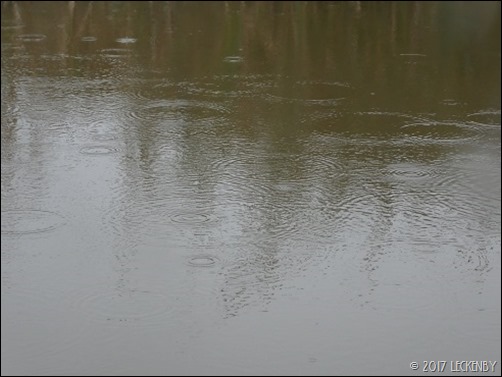 Whilst eating our cereal we got a call from an RCR engineer who’d be out to us within the hour, his first job of the day. When he arrived he had a look and suggested that as the temporary repair was leaking that we’d best get a new filter sooner rather than later. He gave the nuts on the bypass a couple of little nips to tighten them, didn’t want to go any further as that might have split the pipe and then we’d be worse off. Apparently RCR now have a sister company, Canal Contracting, who can order you in the parts required and then come and fit them for you. Mick liked the idea of an engineer fitting a new one and showing him what to do and not to do. So we are now awaiting a quote from them. The bypass is still leaking but less than it was, so we can move without loosing too much diesel. Not sure why the engineer didn’t replace the bypass to keep us going though.

As the day had started off wet it then continued that way. A couple of share boats came past, making the most of their time afloat. But as we didn’t fancy getting wet, we just put some more coal on the stove and pottered about whilst Tilly had a great time exploring and getting soggy.

I kept hearing a high pitched tweet and had a feeling that it was the call of a Kingfisher. When I stood up to see if I could see it there he was on a branch on the other side of the cut ruffling up his feathers. He sat and obliged in having his photo taken for a few minutes before zooming away in a flash of blue. For the rest of the day when I heard similar bird song I’d stand up and have a look round, but there was no sign. 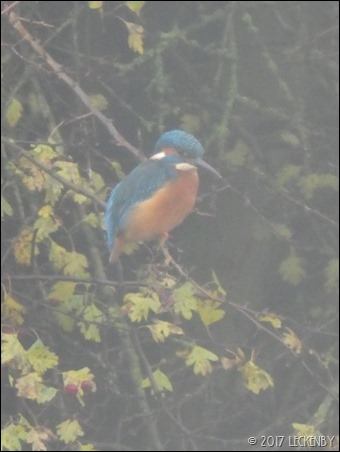 By 2pm we decided that we wouldn’t be moving today. The remains of the pork stew went on the stove and a full episode of Inspector Morse was watched whilst I tried to finish off the sontag. Only another eight inches of cord to knit and it will be finished. It’s taken far longer than I’d expected, so I may have to put my labour charge up on it. On the other hand the amount of yarn needed was far less than stated on the pattern, so I may have a go at a matching hat.

Thank you Jen for the suggestion of underlay for our mattress, we’ll look into it.