Above Winsford Top Flash to Bridge 14

After breakfast Mick climbed back into his diesel smelling clothes and returned to the engine bay to see if he could work out why the in-line filter was leaking. The sun was out and I so nearly got my painty clothes on to sand back the cratch board to give it a coat of Woodskin, but not knowing when or if we’d be moving I didn’t want to get everything out to then just have to put it all away again. 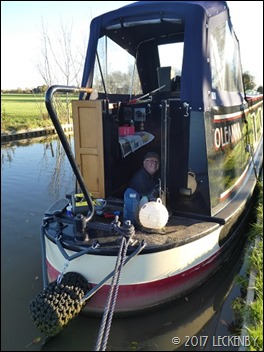 ‘Five more minutes’, ‘A bit longer’, ‘Should be able to tell you in about fifteen minutes’ I really wasn’t pressurising Mick. 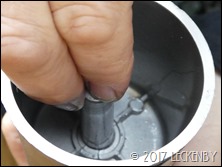 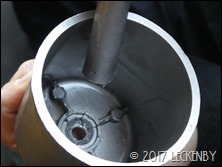 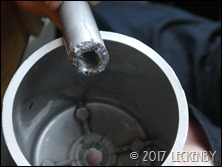 The Wasp Fuel Filter has bolts both top and bottom. The top one releases the container which houses a metal mesh filter, the bottom one you use to bleed any water from the system (my old D reg Peugeot used to need this doing). This type of mesh filter you check to see if it is clean and then return it into it’s housing to carry on doing it’s job. The inside of the container has a central post around which the mesh sits and the two bolts screw into. Problem found, the post was no longer fixed in position, sheared off.

Thanks Alf for your suggestion, Lillian had a cartridge filter, but sadly as you can see not quite such a simple solution as a washer here. 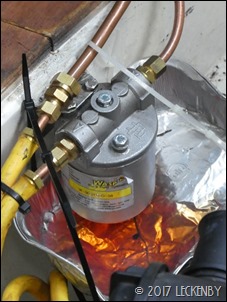 A call out for RCR was called for. Might as well make use of our membership. But being nowhere near a road would mean that an engineer would have quite a walk to get to us. A road a mile behind and another two miles in front. If we were to move Oleanna for easier access we’d have to cruise to the next winding hole which was a mile ahead, so the one behind was actually three miles away. Mick managed to find where the central post in the filter sat best and carefully reassembled it. With the diesel turned back on there was a slow but steady drip from it. A foil tray was positioned underneath attached with cable ties. This would hopefully do us for the two miles or so. 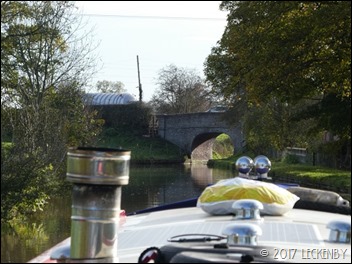 Everything that needed charging was plugged in to make the most of the engine running, who knew how long it would be before an engineer would be with us. We counted down the bridges and as 14 came into view with plenty of traffic going over it we had reached civilisation. Moored up, kettle on, call RCR. We may have been back in civilisation but our EE phones didn’t have signal. Walking down the towpath Mick managed to make the phone call, they would ring us back. Time for Houdini`s phone (our emergency phone) which is on O2, this had full coverage. With Mick`s phone on divert we could now receive the call back. Lunch time and shore leave for me.

Within an hour of the initial call we had a tap on the window. RCR. The chap clambered down into the engine bay, Mick explained, we then showed him photos of what was wrong, this saved dismantling the filter and getting diesel everywhere again. A bypass was needed to keep us going until we could get a replacement. He went off to his van to get some suitable bits. Once these were plumbed in the engine was turned back on to make sure there were no air locks. All sorted for £4.50 and within 90 minutes of our phone call. 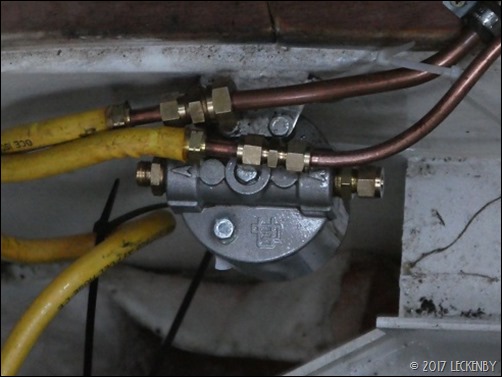 With Tilly out we decided to stay put for the rest of the day, running the engine to charge up the batteries fully. The broken filter was still leaking as it had diesel in it. But then Mick realised that the bypass was also leaking! We were no better off than before, good job the drip tray was still in position. These things happen, so another phone call to RCR. We didn’t expect anyone to come back out to us, it was now dark and it would be a lot easier in the morning.

So we settled down for the evening, with full batteries. Mick was allowed to have my shower to help get rid of the diesel smell and Tilly stayed out until she was really hungry! We’ll see what can be done tomorrow morning.