Someone outside kept turning a tap on and off last night. A wave of major rain would come overhead and then just stop as suddenly as it had started. This lead to an unsettled nights sleep. So when we woke to brilliant sunshine this morning it was a bit of a surprise.

Whilst waiting for the boat behind to move off this morning we made good use of the time and had a cooked breakfast. Tilly was allowed out early and didn’t show her tail tip for at least a couple of hours. Why were we waiting for them to move? Well as good as our view was, they had a better position with a big gap in the trees looking down to the flash. So after a dignified pause we pulled Oleanna back to the end of the moorings. The chap on the boat in front hoped he’d not disturbed us last night. He’d run his engine and turned his TV up to help keep his old dog calm as all the fireworks were going off. I explained that he hadn’t and we just wanted a better view, a bit more space between the boats would also mean that Tilly and his dog would get along better. 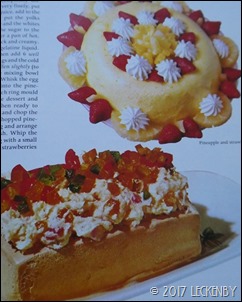 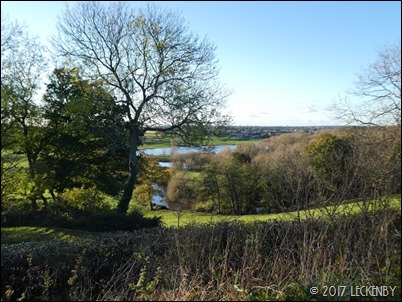 We then set about with our chores for the day. Whilst Mick got himself ready to do a 750 hour service, I got out the cast iron dish my Mum used to bake rice pudding in. I was going to have a go at making stove top rice pudding. In an oven it takes around three hours to cook, I was hoping that around seven on top of the stove would achieve a similar result. My 1970’s copy of Perfect Cooking by Margarite Pattern came off the shelf (the Blue Print recipes never fail you just have to avoid looking at the pictures for too long!). Using soya milk instead of full fat I hoped it would be a touch less unhealthy. Covered with foil I left it to cook by itself.

Next was packing away the summer clothes and getting the extra layers out from storage. Mick was after an old work coat to give him an extra layer in the engine bay, but it looks like this must have been culled when we moved boats. The storage area at the back of the bed seems to be getting a little bit damp. The bed base has plenty of holes in it, but with the mattress on top there is no movement of air down into this space. The space in front has two large drawers, one of which gets opened at least once a day, so air is moved around. We’ve been moving our mattress away from the cabin side during the day, but this isn’t far enough out to expose the holes in the base, so we may have to ask for a ventilation grill to be added here. All part of getting to know your boat through the seasons. 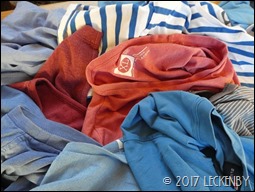 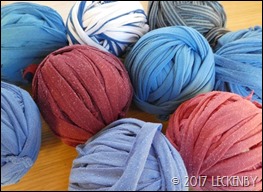 I took the opportunity to have a cull of t-shirts as I packed away my summer clothes. These could have just gone in the bin, no future life for them as clothes. But instead I decided to make some jersey yarn out of the main body of them, I may use this to make a rug or something, not sure yet. Cut into one continuous inch strip, several shades of blue and a couple of red now added to my bag of fabric yarn.

Summer clothes now in a vacuum bag had to wait to be reduced fully as Mick was hard at work changing the oil, filters and filling up the greaser etc. 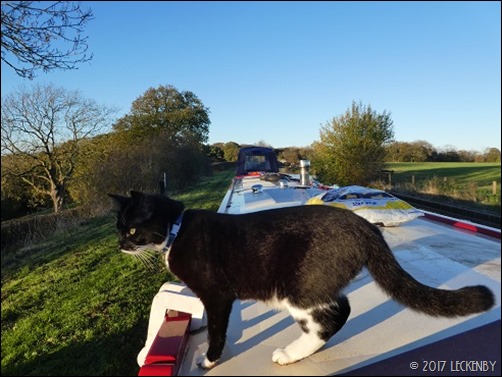 I had very busy morning sorting out my local friends. Time for a quick bath before getting muddy again I came back to the boat. But it wasn’t there, or was it, it didn’t smell right or look the right colour! Then familiar voices came from the boat that had been behind us, why were they on that boat? What had they done with ours? As I got closer I realised that they’d been at it again, moving the outside with me in it. That was a relief, I could now have a drink, visit my box and have a quick wash before going out again.

Half of the remainders of yesterdays stew had some more veg added with a glug of cider. Once up to temperature it was put next to the rice pudding on the stove top to gradually simmer away, jacket potatoes added inside too. The sunny day kept inviting us to go for a walk, but with Tilly out and Mick in the engine bay it wouldn’t be fare so I carried on with my knitting. This sontag is taking an age, but at least I’m now over half way with it. 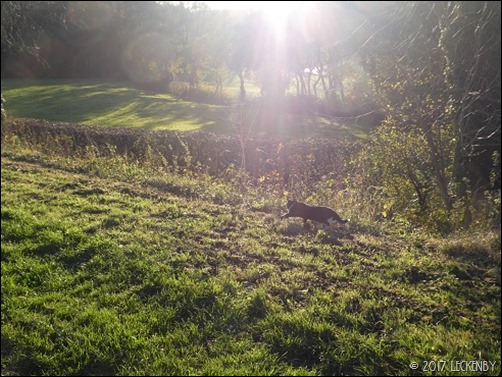 As the day went on the sun started to set, Tilly came in for a good long snooze, but Mick was still in the engine bay. He’d been there a very long time. The 750 hour service included changing a fuel filter he’d not done before, maybe this was causing problems. An occasional big sigh came through the vent from the engine bay, it was starting to get dark now. The engine was started up several times, there was quite a smell of diesel.

The change of the fuel filter on the engine had gone well, that was fine. It was the in line filter that after being checked today decided to develop a leak. To stop the leak Mick had to turn the diesel off, which meant we couldn’t run the engine. The sunshine today had helped top up the batteries, so we’d be fine for power tonight. A nights sleep and daylight will help. Hopefully he’ll solve the problem, if not then we’ll see what RCR think.

Once cleaned up we walked a good distance up the towpath with our Immortal Jellyfish firework, found a gap next to some armco to slot it into lit the blue touch paper and retired to a safe distance. Twenty seconds, 12 wizz bangs with showers of red, blue and silver stars and our £11 had gone up in smoke. We retired inside to warm up and eat stew. The rice pudding was cooked and very yummy with a blob of my 2015 Trent and Mersey Blackberry jam stirred into it. No brown skin on top, but a success and no gas used in it’s creation. 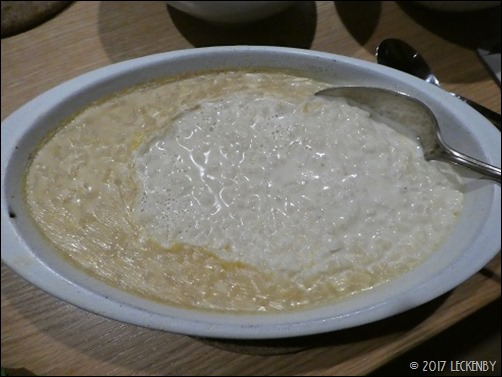