Wheelock to Above Winsford Top Flash

Last night Mick had spotted a Farm Shop on a map in Wheelock. Always worth a look, even if they tend to be a bit expensive. 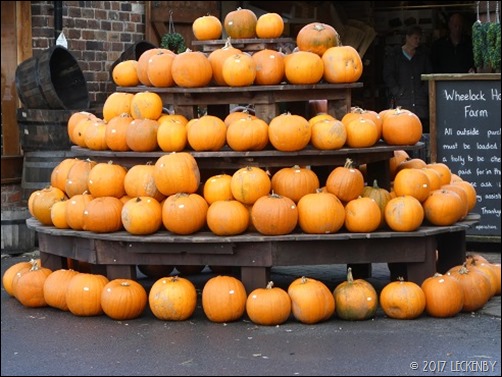 It was a bit further than we thought up Crewe Road, but it turned out to be worth the walk. Outside there was a mountain of pumpkins all priced reasonably. Then inside there were sacks of potatoes, and cauliflowers that greeted us. The fruit and veg was displayed more like in a green grocers than a Farm Shop. Normally we’d be careful what we spent our money on, but here the prices were reasonable. So we picked up everything we were after including a hand of sad gits bananas for 30p! Along with the fruit and veg there is a lot of garden centre tat, stuff that has little or no purpose but is liked by some house dwellers. We have no room for such stuff so a cursory glance is all it requires. Hidden towards the back though were freezers where Hash Browns tend to lurk, a treat worth hunting out. 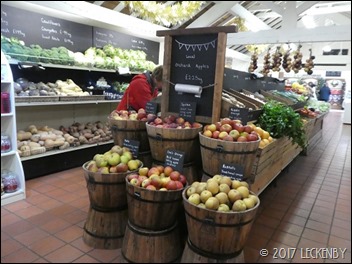 With a full bag of fruit and veg, a loaf of bread and a pie we refrained from the rather tasty looking custards and vanilla slices by the check out. A bowl of steaming beetroot sat tempting me as the lady popped our purchases into a bag. No need to go into Middlewich, we now had everything we needed for a few days in the middle of nowhere. A small portacabin next door even came up trumps with a firework of our own for tomorrow night.

We pulled in at the services to empty and fill as required. I’d had a thought over night that with Bonfire night being on a Sunday then organised displays might be today. So we decided to push on and get to our mooring today. The one filter needed for Oleanna’s next service that we didn’t have is an air filter, which can be changed very easily, so that wouldn’t stop Mick from doing the rest of the service and we have plenty of time to return to Kings Lock to get one. 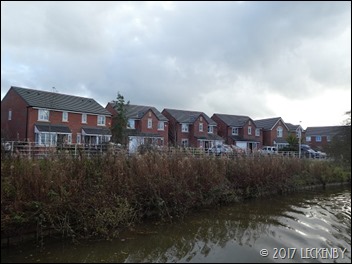 The temperature today had dropped, woolie hats, scarves and gloves needed to be found from the back of the cupboard.

When we first bought into Winding Down the outskirts of Sandbach were run down, desolate scrub land by the railway lines. Now with all the new housing it has a different feel to it. With an increased population the towpath has been improved. We just wonder how Father Christmas manages in such places, with no chimneys. Or is it that only naughty children can live here? 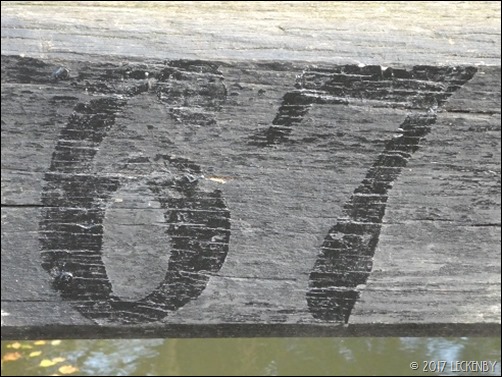 We made our way with most locks almost set for us, just requiring a bit of topping up. At Lock 67 we still get that holiday feeling we used to get when setting off from Elton Moss on NB Winding Down. The sun was out and the occasional shower would follow us for a few minutes from an invisible overhead cloud. 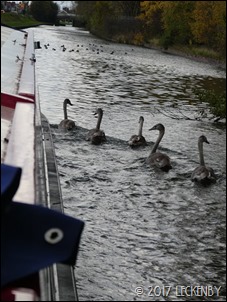 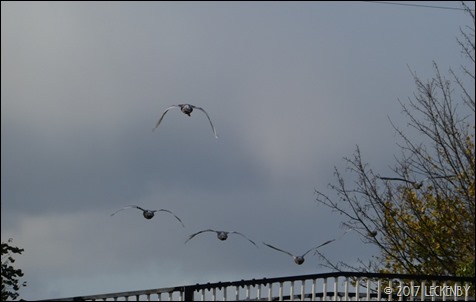 Dropping down Rumps Lock I could see swans up ahead! Back in September there had only been one in this pound, but today things were looking up. A Mum and quite a few juveniles escorted us some of the way before taking off and flying overhead. I did wonder if they were going to try to increase the count by landing before Kings Lock, but here there were more mature swans. A count of 21, the best we’ve had in years here. 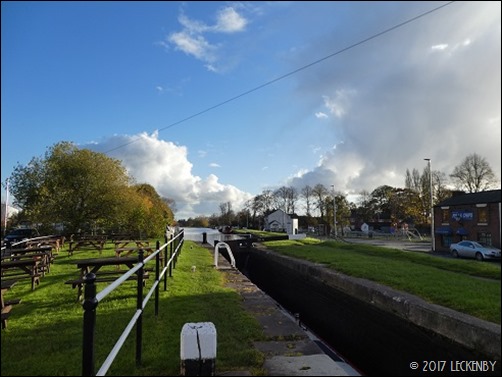 Wardle Lock needed to be emptied whilst Mick held Oleanna in the bridge hole at the junction. As he sat treading water I could see a boat appearing out from the arm behind him, this had to be a Carefree Cruising boat, one of the early ones NB Dragonfly. The lady came up to help and we had a good chat. They are one of the original syndicate on Dragonfly and were setting off for a two week trip up the Llangollen, so our paths were likely to cross again. 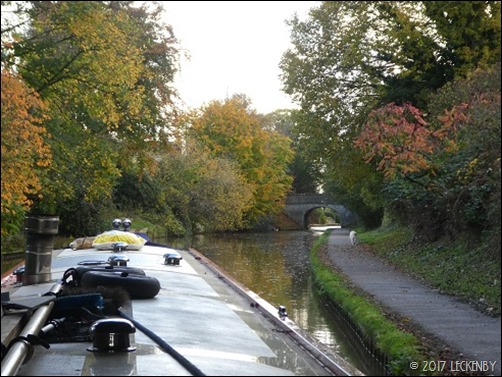 As we rose up Stanthorne Lock the sun was getting lower and the temperature dropping. We wound our way along the two miles to our chosen mooring. Here two boats were already moored up, so we slotted in between them, selecting a spot with a good view across to the flash below. Tilly was given half an hours shore leave before the sun would finally dip below the horizon. She took two hours, but at least she was inside away from all the fireworks being set off. 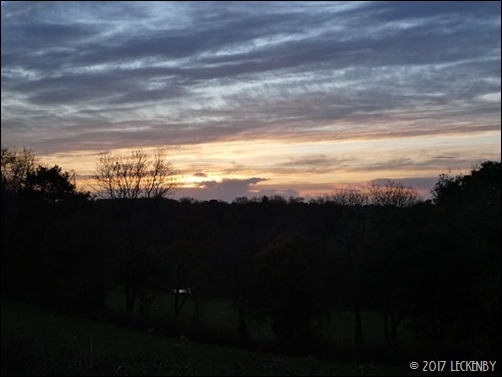 With a stew on a low light and jackets on the coals of the stove we stood outside to watch the display from Winsford. Another good display and plenty more fireworks going off in view.