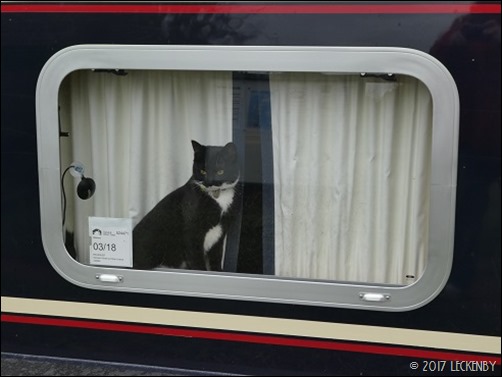 So, They left me home alone today, in charge. The view from the windows is quite good here birdies on both sides, swooping and chirping away. So I had to spend much of the day sat in a window licking my lips. Would have been much better to have been outside with them though. They said that I wouldn’t enjoy the journey, the outside moving much too quickly to check out all the trees. But when I found out where they had been, HOW DARE THEY! A place full to the brim with MY friends of all different sizes!!! 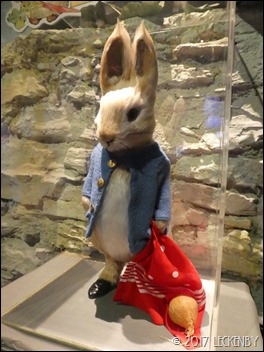 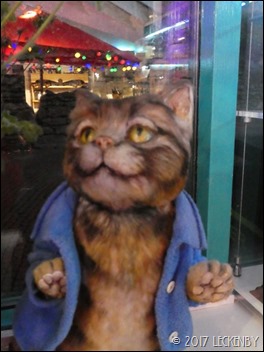 This isn’t strictly true. Yes we went fast in a car. Yes our destination was The World Of Beatrix Potter. But we weren’t going to see all the mice, rabbits, ducks and hedgehogs. We were going to see By Jeeves! at The Old Laundry Theatre, which yes is in the same building as all of Tilly’s friends. She wouldn’t have liked it anyway, her friends here are all behind glass (well the one’s we saw) and certainly do not move. 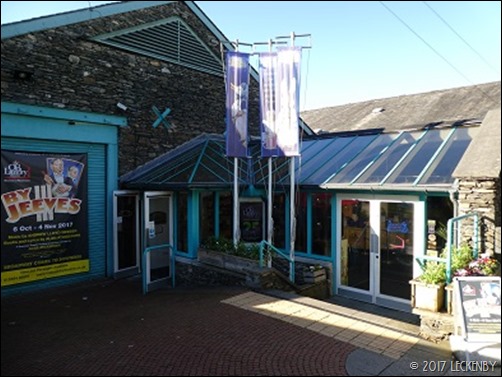 The Old Laundry Theatre in Bowness is celebrating it’s 25th anniversary this autumn. Converted into a theatre in the round by Roger Glossop and Charlotte Scott it was opened by Alan Ayckbourn. Since 1992 plays have been coming over from the Stephen Joseph Theatre, Scarborough to be part of the autumn festival. In a professional capacity I have had the pleasure of working here in the confines of the back stage areas (disabled toilet), and outdoor workshop space (on quite a hill). The production to mark the anniversary is By Jeeves! a musical by Andrew Lloyd Webber and Alan Ayckbourn. This was the show that opened the Stephen Joseph Theatre in 1996 when I had just started working there. It proved so popular that I only got to see a dress rehearsal as it played to full houses for it’s run. Mick managed to see it too (this was in the days BP, before Pip), his sister Kath was a technician who was operating the lights for the show, so he got to see it from the box, behind Kath’s shoulder. There followed a run in the West End which I also went to see, but being in a much larger theatre it lost a lot of the joys that an intimate space gives the show. Having heard that it was on we really wanted to see it. 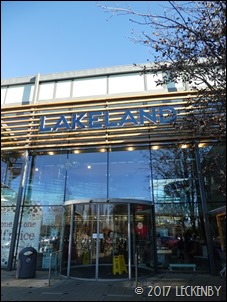 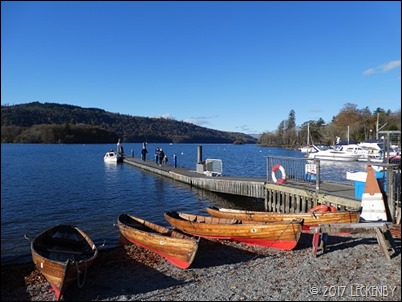 A hire car proved to be the only cheap way of getting there, which also meant that we wouldn’t be dashing for a train after the matinee. Knowing that Bowness is always very busy, we arrived early, visited Lakeland quickly, bought a sandwich, found a parking space, picked up our tickets and then walked down to the lake to eat our lunch. We had chosen a fantastic day. The sky was so blue it was only out beaten by the lake. We managed to keep hold of our sandwiches sitting on a bench, coming from Scarborough means you are trained in keeping hold of bread whilst seagulls circle. For pudding we treated ourselves to some Cumbrian chilled medication before slowly window shopping back towards the theatre. 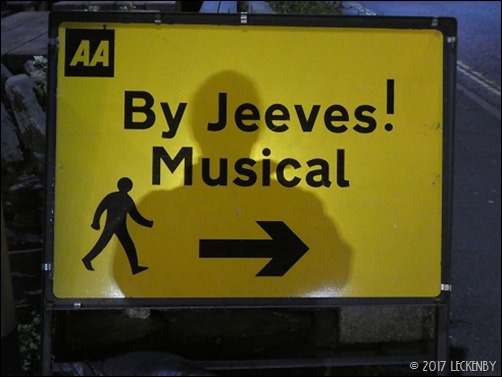 The show was everything that I remembered, I was surprised that I knew all the song lyrics, but then remembered that somewhere I do have a recording of the original cast. A chap sat next to Mick didn’t know what to expect, however he was the first to laugh out loud and his laughter would have given Frank Matthews legendary guffaws a run. A great show, extremely funny, with a wonderful cast, especially Bill Champion (well he always is great). If it has another life after it’s run in Bowness and you are partial to PG Wodehouse go and see it. 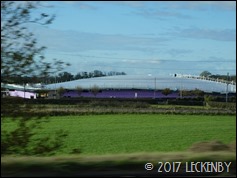 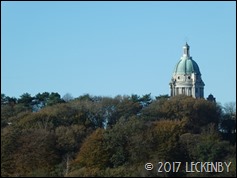 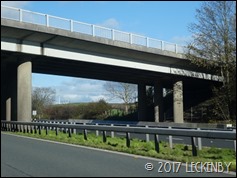 After the show we managed to have a drink, some food and a good catch up with Sue the Stage Manager who we know from Scarborough. What a great day out, well worth the trip, especially as on our way up we got to spot lots of places from the M6 that we’d been to during the summer.
0 locks, 0 miles, 1 hire car, 200 mile round trip, 1 Rose Bowl fully roofed, 0 boats at the locks, 1 boat at Tewitfield, 1 bag moisture crystals, 1 small space for a small car, 1 unimpressed swan, 1 wonderful view, 2 many tourists, 2 chilled medications, 62 mice, 1 cat, 1 bunny, 1 cow, 1 rose, 1 pig, 5 hedgehogs, 4 inches head height more, 2 grass verges (I made the originals), 1 hour with Sue, 1 dark drive home, 25 birdies,  2 boats, 0 playmates!

1 thought on “By George! By Jove! By Jeeves! 2nd November”