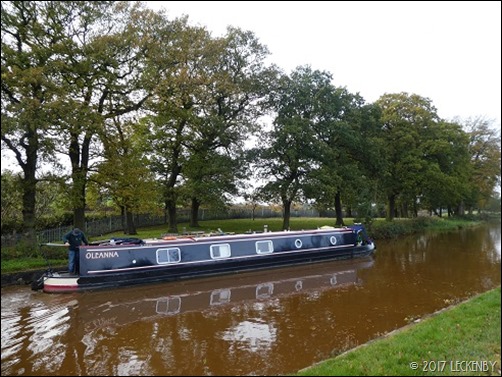 Time to move on as everything had been washed, well apart from the bath mat that somehow clung onto the towel rail to avoid it. We pulled back to fill with water as a C&RT tug came past. Volunteer Lock Keepers appeared from all over, the masses are on the move and lock wheelers were obviously required up the Cheshire Locks. 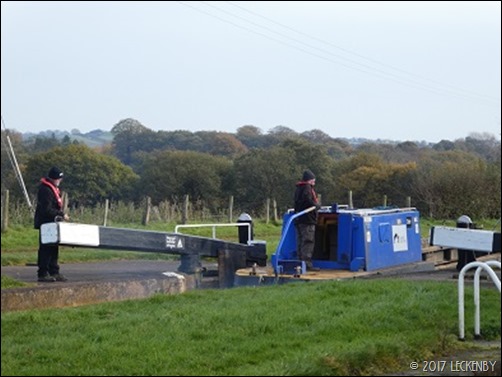 Only three locks for us today and all but the last one was sat waiting for us. At the bottom of the three locks another C&RT boat was coming up. I recognised the Middlewich Volunteers who were operating the lock and at the helm. As it rose a paddle was dropped with the hope that it would stop the boat from being pulled towards the top gate (this happens a lot of the T&M). The chap at the helm put the boat in gear, but I’m not too sure in which direction as it had no effect on the pull forward. The flat front end of the boat gave the top gate quite a biff! I made a comment to the chap with the windlass that the gates wouldn’t last too long if that happened everytime! 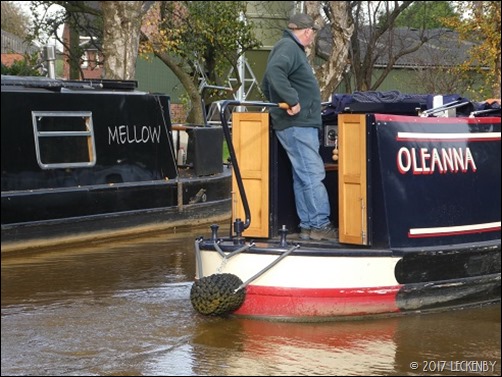 Once down I opted to walk to where we planned to moor. Passing NB Mellow I got a shot of both boats, but it still isn’t the same as it used to be when we were yellow. The moorings above the next lock had spaces, in the end we opted to moor at the far end away from the busy road for Tillys benefit. Tied up and our days cruising done all by 11.30am.

This afternoon we have had wonderful sunshine. The farmer on the off side has been busy ploughing his field and Tilly has been busy digging up the one next to us.

We are moored right by a footpath to All Saint’s Church at Church Lawton. When we first did the Cheshire ring on a hire boat it had snowed the night before we passed here and a photo I took that day became our Christmas card a couple of years later. Despite the number of times we’ve done this stretch, we’ve never been to look at it, so today we changed that. 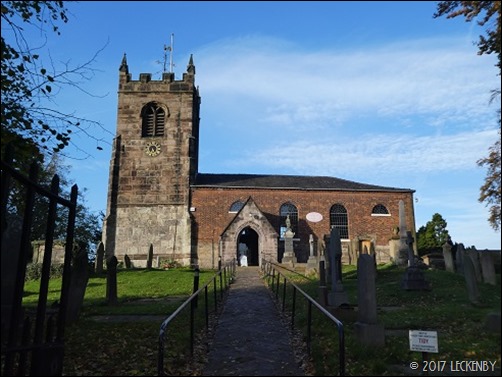 Walking in through the gates we were surprised at the construction of the building. To the left was a stone bell tower, but then to the right was a brick built church with arched windows. The two halves obviously built at different times. Rector John Byber left a permanent memorial of his life, he was responsible for the building of the church tower during his ministry between 1530 and 1559. At this time the rest of the church may well have been built in wattle and daub with a thatched roof. Despite being hit by lightening in a storm in 1652, the building remained unscathed even though eleven men died in the bell house. But in 1798 the nave of the church was destroyed in a fire. A decision was made to rebuild the nave in a more substantial way, using stone and brick. 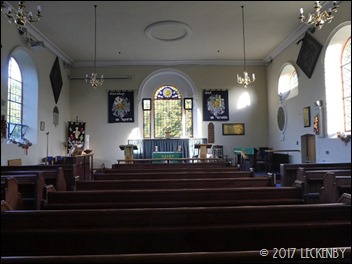 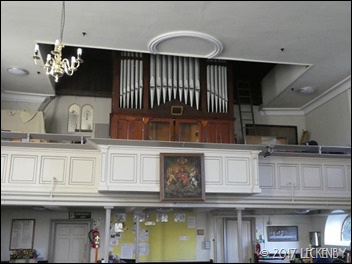 Inside the nave is really quite plain, it felt odd for it to have a flat ceiling. A balcony over looks and houses the organ that goes up into the ceiling void. The place had a good feeling about it and very welcoming. 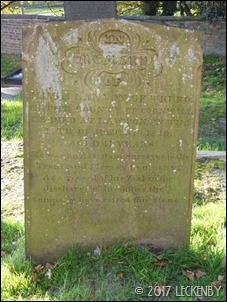 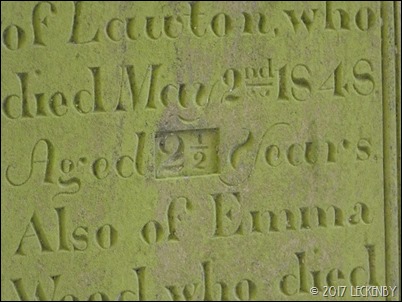 Outside the large graveyard has head stones from at least 1763. There are references to the canal with a headstone for Hugh Lanyon of Truro 1846, he had been an assistant surveyor for the Trent and Mersey Company. For a small village it was a very big graveyard. I particularly liked the stone which had been corrected. 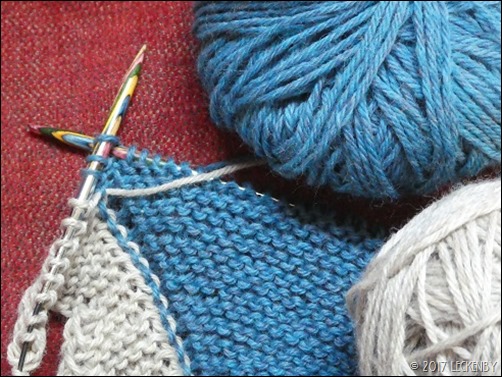