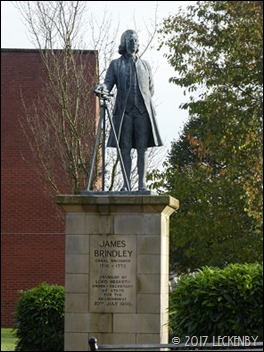 The last boat to pull away this morning and we had plenty to do before leaving Etruria. One of our gas bottles had run out about a week ago, so the first port of call was Capital Gas. Here we wanted to see if we could fit a third 13kg bottle into the gas locker. On Lillian a bottle would last us around three months, but that was only for cooking. Now that we have a gas boiler on board it would be good to be able to have extra capacity for the winter should it get really cold. 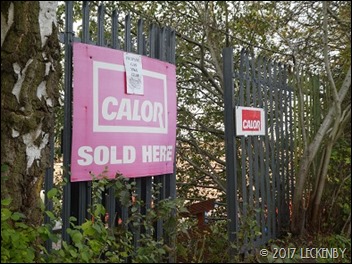 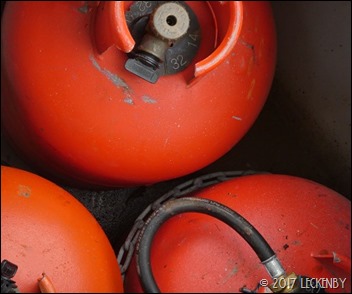 The chap at the yard brought a full bottle before we returned the empty one, Bingo they all three fitted. We just need to buy a strop to be able to anchor all three together so that she will comply with the Boat Safety. Only down side is that we’ve had to fork out for another £40 deposit on the bottle. Really must start looking out for wayward empty bottles along the way to be able to get some money back.  At least we have saved a bit on the gas. Our last bottle cost us just over £28, but today they were £21.

Mick then walked along the towpath to Andrew Page for some engine oil as Oleanna is due a service very soon. This was also a bargain at under £40 for 9.5 litres. Just need to ring ahead to Kings Lock for filters and we’ll have everything. 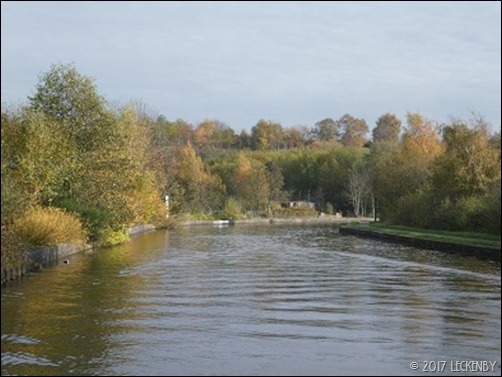 With the washing machine on we pootled our way through Stoke, passing all the bottle kilns, old factory sites that are now flattened. Today with the sun in the trees Stoke looked less collapsed and forgotten. Kingfishers  lead the way from tree to tree. 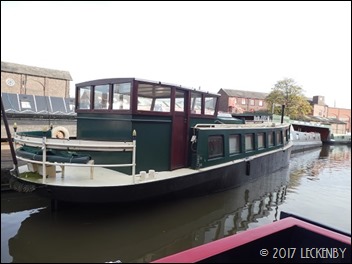 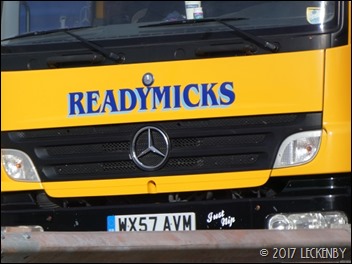 Passing Stoke Boats the navigation was narrower than normal. Mike must be doing some work on this boat from Windermere, it certainly wouldn’t get to Stoke by water as it is too big for the tunnel or locks.

As we progressed quite a few boats were coming towards us. Most were trading boats that had been moored up for the weekend at Westport Lake. All of them now heading off to find places to trade over the winter. When we reached the lake there was a mass of mooring available and the Winter Mooring signs have gone up. One day when we stop here we will walk around the lake and have a proper look at the birds, but not today. 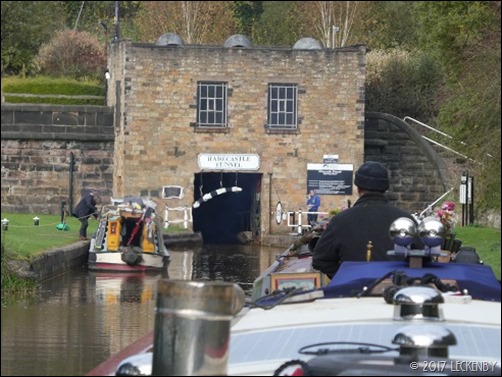 At the south portal to the tunnel there was a line of boats, we pulled in at the back. Up ahead were more trading boats, The Hippy Boat and The Pirate Boat (Heidi’s boat). I walked up to check in with the tunnel keeper and say hello to Heidi. Seven boats in all sat waiting. The keeper said he’d get the first three going through and then come to chat to us. We were lucky as we’d arrived shortly after a boat had come through from the north, so our wait was quite short. At the front were the boats that had left Etruria before us this morning, so they could have been waiting for an hour or so.

Mick wanted to check the weed hatch and remove the top of the chimney before we set off, so we quickly got ourselves sorted, we passed the Emergency procedure test and our light and horn were in working order. Being last to turn up we thought we’d have plenty of time, but Heidi and another boat have smokey engines so wanted to go last. Harecastle Tunnel doesn’t have any ventilation shafts, instead at the south portal large doors are closed across the entrance and huge fans are switched on to drag the fumes through the tunnel from the north. So if you have a smokey engine it’s best for everyone to be last. 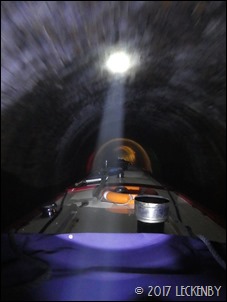 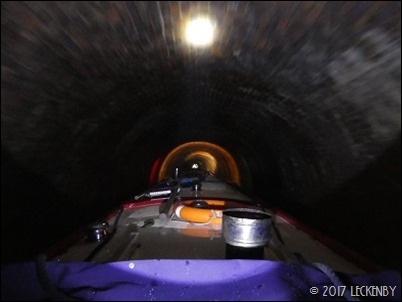 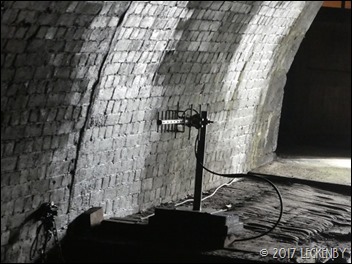 All ready with our life jackets on and torch to shine above the cabin roof we entered the tunnel. We’ve not noticed what looks like a TV aerial at the entrance before, it must be for communications. With four engines and stoves lit ahead of us the atmosphere in there was already quite smokey and our torch beam lit up the fumes, it looked like we had our own follow spot. Once Heidi (the last boat) was in the tunnel the doors were shut and the fans turned on. All became noisy and very cold as the air was sucked past us. My toes were numb and I really wished I’d put an extra layer or two on today. 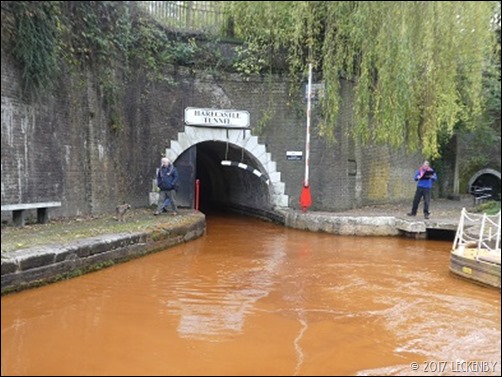 At the northern portal only one boat was waiting, most probably the last of the day. From the 1st November the tunnel goes onto winter hours, passage is only possible if booked 48 hours in advance and only on four days a week, so most people would rather get through before hand. 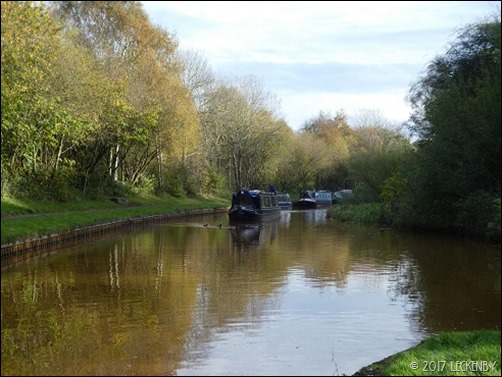 The trading boats turned left heading up onto the Macc and left us following a hire boat down through the locks to Red Bull. Two boats that had been at the front had pulled in before the last lock. NB Tilly Mint had lost it’s tunnel light at about the 100m mark of the tunnel, south end! Luckily he had a torch to hand so managed to see his way through. Always best to have a back up. 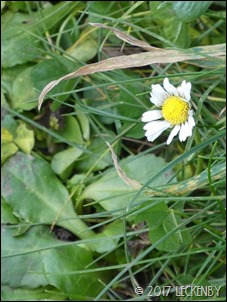 No one else was moored at the services, so we pulled in within reach of the water point. Here we will work our way through our washing mountain, using the tumble drier in the service block. We’ve also timed things very well as NB Halsall stopped here for the night, so Oleanna has been filled up with diesel and we’ve replenished our coal supplies too. Always nice when a plan just comes together.