It’s getting to that time of year when we recognise a higher proportion of boats that are on the move. Today out of the five boats we came across we knew two from last year, NB Skye who went up onto the Macc and NB Old Tom North who we shared some of the Leicester section with. We smiled to the chaps at the helm and said hello, but without the yellow of Lillian we get a smile but no recognition back. Advantage is that if we miffed anyone off whilst on Lillian they won’t know it’s us.

With the clocks having changed we managed an earlier start than normal. We passed NB Maple Knot just after pushing off, they had picked up someone’s keys at the electric lift bridge that were left in the control panel, they may have belonged to the chap on NB Skye as he’d passed us an hour earlier. Plenty of walkers with their dogs out for a Sunday morning stroll in the chilly sunshine. At the two lift bridges I only managed to hold up 1 golden retriever and his owner, who patiently waited whilst my finger pressed the close button and helped emit the high Ayckbourn squeak. 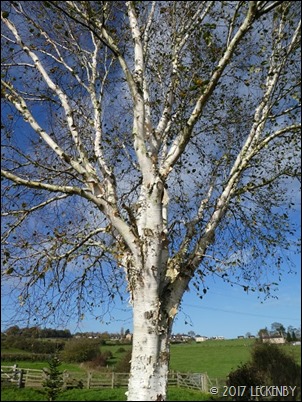 Once the sun came out it was really quite warm and after working us through Engine Lock I decided to loose a layer. This time I decided to stay on board and not walk my way back into Hanley. 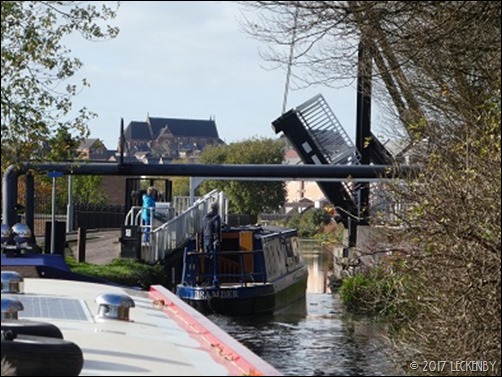 As we got close to Bridge 11, NB Bramber pulled out from the towpath a short distance in front of us. Mrs Bramber walked ahead to operate the lift bridge. Once through we overtook them as the bridge closed. This meant we were ahead for the locks. Just over two weeks ago when we left Etruria we followed NB Bramber up the staircase locks , today we were to go down them in reverse order. As we hadn’t stopped Mick gingerly walked down the gunnel as we cruised along to remove the top of the chimney before Bridge 9, just in case we sat too high in the water now having used most of our coal. Still several inches to spare. 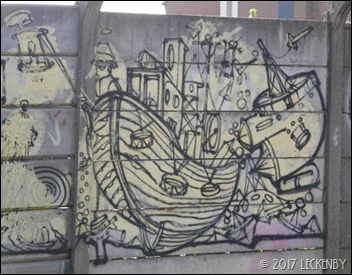 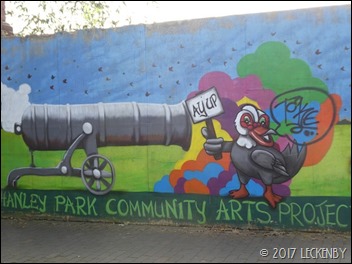 As I walked up to the staircase I could see a lady with a windlass in hand doing things, so I signalled to Mick to pull in. The lady apologised thinking that she’d stolen the lock from us, just because the top chamber was full. Certainly not the case, her boat was already in the bottom chamber before we got there. At a staircase of two you need to have the top chamber full of water and the bottom empty no matter which way you are going through it, so she must have had to empty or fill one of the chambers before they started. 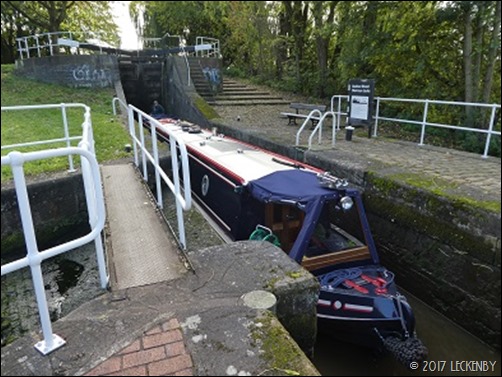 The only boats on the moorings at Etruria were two that had been up at Leek and Cheddleton with us, so we tucked in in front of them. 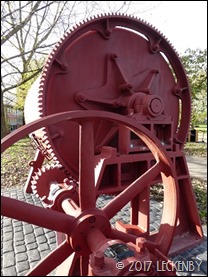 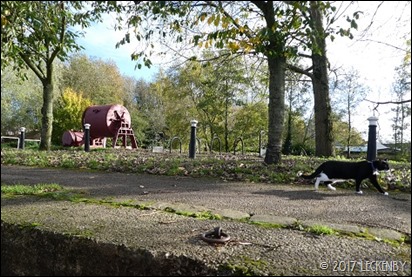 In the afternoon Tilly had another good explore around the museums (without us!). She didn’t seem too enamoured with the new display that has been put up in the last two weeks. Presumably it is something to do with steam power, but as yet there isn’t a descriptive panel to tell you anything about it. 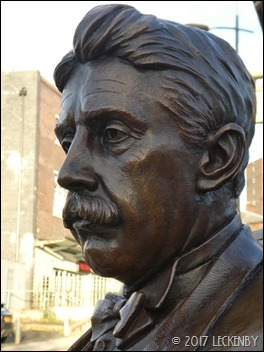 I climbed my way back up into Hanley to buy a new set of interchangeable needles for my latest project and also popped into Wilko for a cheap mat that I could cut to size to sit underneath the Brompton bike in the bike slot, I’d grown tired of looking at the ratty newspaper it was sat on. 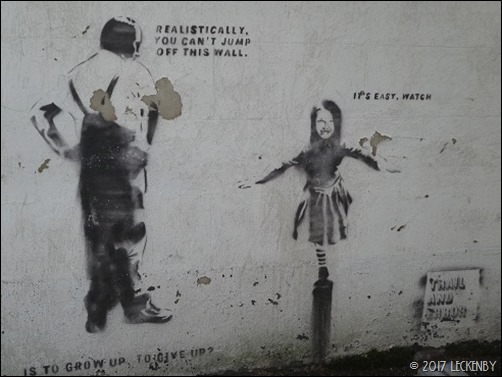 A big roast dinner with that humongous chicken tonight. I think we’ll be eating it for the next week!