Whilst having breakfast this morning a CRT boat came passed pushing a skip boat, the troupes are starting to mobilise for the winter stoppages. The visitor mooring we were on  is opposite a permanent mooring so the gap in between is quite narrow, just ahead is a submerged obstacle, so any boat passing should be going slowly. As the boat reached about a third of the way down Oleanna there was a bump, followed by another. Mick, now leaning out of the hatch was thanking the chap on the tug boat! It took a little while for the chap to hear Mick as his boat was busy scrapping it’s way along the side of Oleanna! At first he didn’t acknowledge what was happening, then he said ‘There’s nothing I could do!’. Well actually there was, he could at least have said sorry! But he obviously wasn’t to blame for not taking enough care whilst passing moored boats. Hopefully it will only be a mark on the gunnel which will get tidied up if the weather allows before winter.

Over at the station an engine was in steam, shunting coaches around up and down the line as we pulled away to head back to the summit pound. 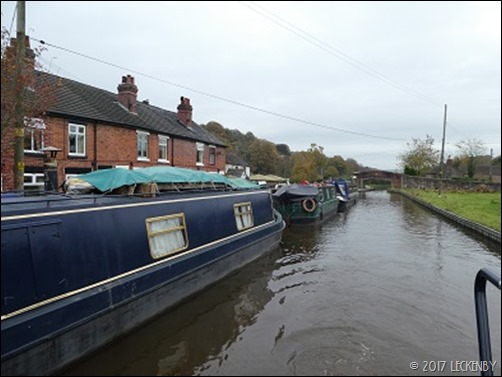 Up the two Cheddleton Locks we passed the CRT boat and Tench still moored where we’d left her a few days ago. The sun was trying to come out, but the grey clouds were winning which gave the air a cold bitter tinge. At the Hollybush the 24hour moorings were still occupied by two boats we’d seen a week ago. Maybe CRT have started the 2 weeks on visitor moorings for winter early this year. We wondered what the pub thought, we might have stopped for at least a drink if we could have moored there, but carried on instead, how many other boats have done the same? 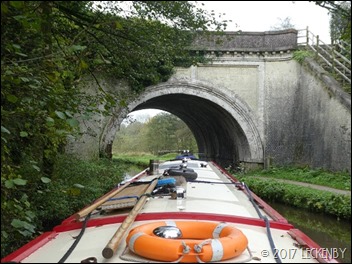 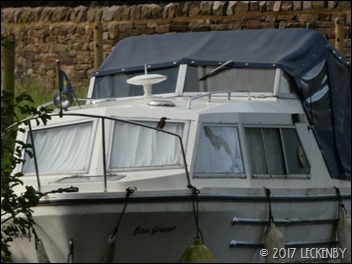 Under the aqueduct with my camera poised in hand just in case the Kingfishers were about, but sadly no. Adam from NB Briar Rose has recently mentioned in his blog about why there are so many Kingfishers around this autumn, a result of mild winters the last few years. We’ve certainly seen more than before and what a treat to the eye they have been. 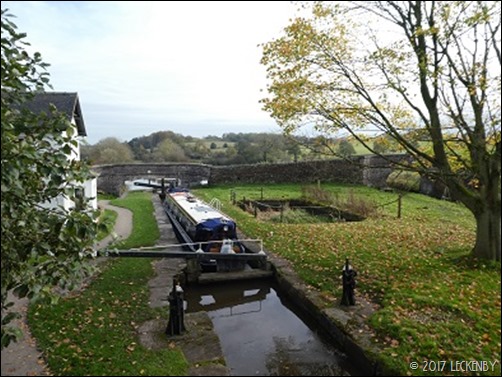 At Hazelhurst Locks we were soon being followed by the CRT boat. By now the sun was just coming out and drying off the dew in the fields around us. Now with views opening up I got that Bonfire Night feeling, hoping that the stove would be lit this evening to sit next to all rosy cheeked. It’s not that cold yet, but it feels like it should be. Another boat was coming down the locks so we passed between the top two. 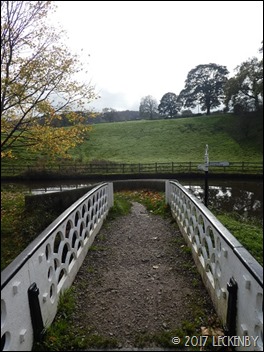 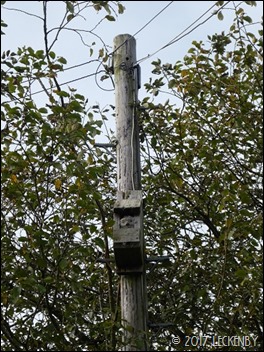 Arriving at Park Lane services another boat was already in pole position for the water point. Not in dire need of water we pulled up in front of him, let the cat out and checked that a Sainsburys delivery would be okay here. 25% off again! 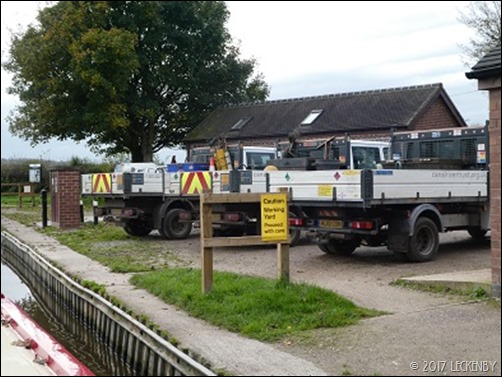