Only suitable for those over 50 who possess an anorak. 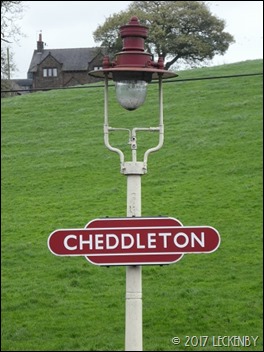 Our second mate started to not feel too good last night. The cabin floor, currently desperate for a wash, got spot cleaned whilst we tried to watch an episode of Grand Designs. She did her best to join up the clean spots over night, which meant we didn’t get the best nights sleep. Food and water were taken away with the hope that this would improve things for her. By morning she was a little bit more perky, but quite happy to sleep in front of the stove. 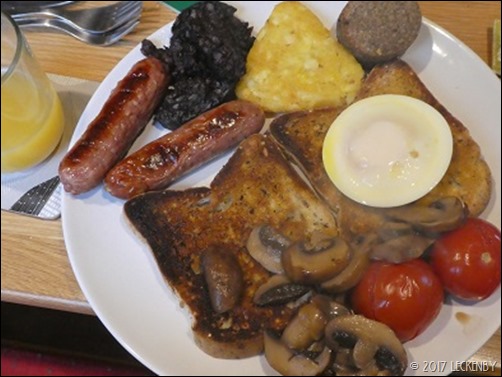 We passed away much of the morning with a cooked breakfast (Morrisons Turkey with caramelised onion sausages can be recommended). Once we felt that the cabin floor was safe we left Tilly to have a  couple of peaceful hours sleep on her own whilst we walked down the canal to look at TRAINS! 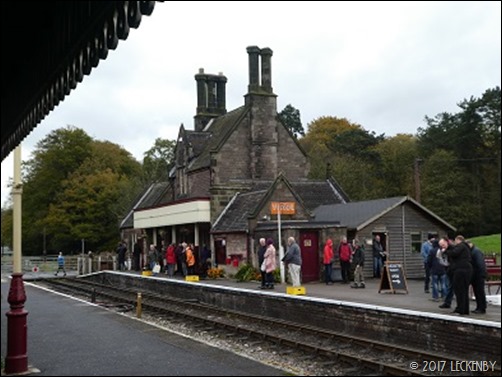 Cheddleton Station was buzzing. People on each platform awaiting the next train to arrive. Waiting to hop on board, take photos (some serious lenses out there), just enjoy the sights and smells. For £25 each you could have a day rover, hopping on and off at the stations and changing trains. It would have been nice to do the journey, but we could think of better ways to spend £50. Instead we had a good look around the station, platforms, engine shed and sidings. 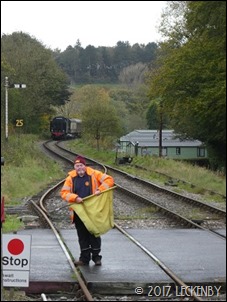 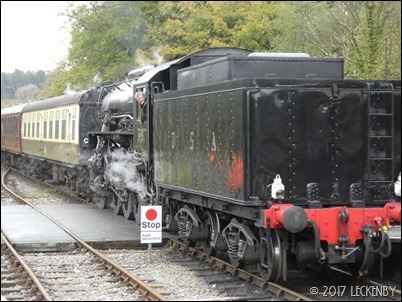 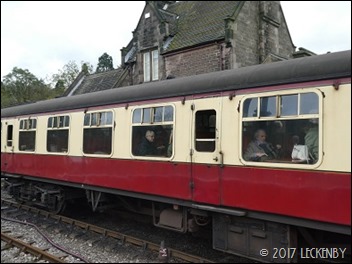 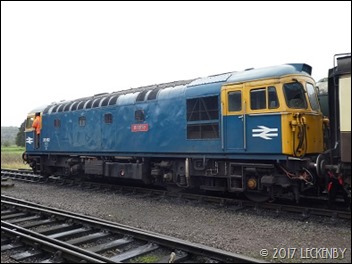 One train came from the north necessitating the level crossing to be closed. A bell rang in the Crossing Keepers hut, the Keeper would then close the four metal gates closing the road, he’d then pick up a dirty yellow flag which as the train came into view he held above his head (presumably meaning that the crossing was in their favour) the train then tooted in response and came in to stop at the platform. Here the Engine was uncoupled, shunted backwards onto a siding and then replaced with ‘Sophie’ a Class 33 diesel that pulled the carriages southwards to Consall Forge and Froghall. 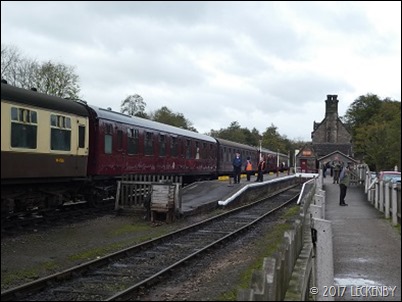 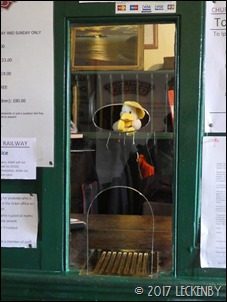 A book stall was on one platform, strangely enough only selling train books! On the station side there was a waiting room filled with people trying to keep warm out of the chilly breeze, sadly no roaring fire in the grate, just a small electric heater on the wall. More books in the ticket office which seemed to be manned by a duck! A small wooden shed housed the obligatory tea rooms which was packed. 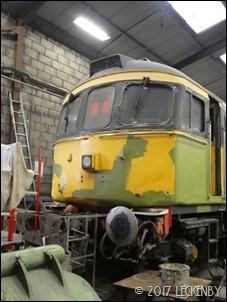 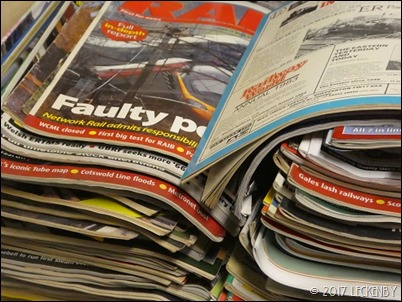 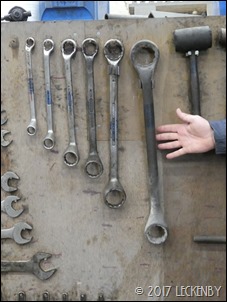 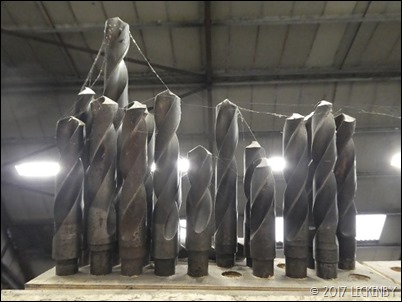 Out the back were more engines waiting their turn for some serious TLC. Springs, couplings and general stuff lay around. Here one engine was waiting to join with a tank engine to ‘double head’ the next train south. 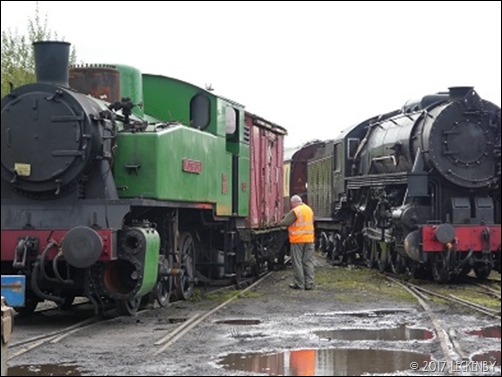 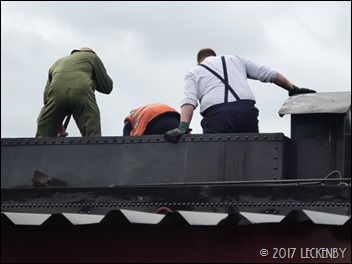 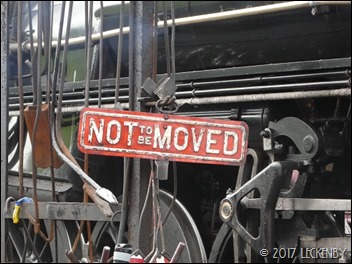 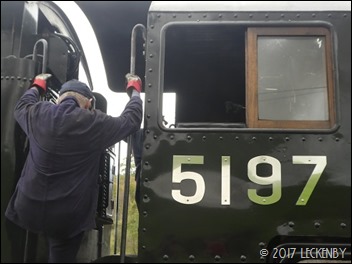 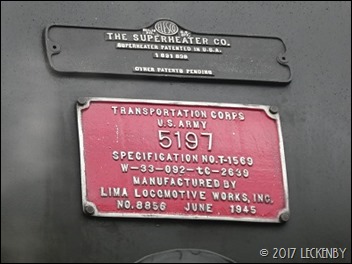 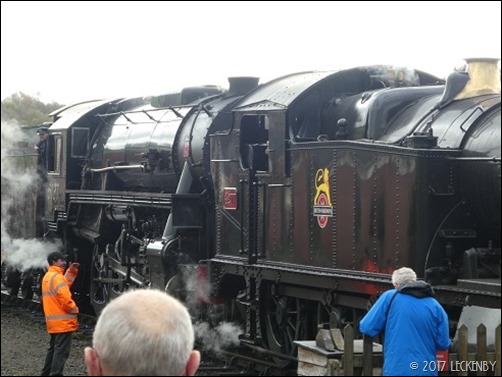 Churnet Valley Railway are currently trying to raise £50,000 in six months to be able to buy Cheddleton Station and platform from the Council. You can fill out forms, write cheques to donate to the fund. But we feel that they missed a trick this weekend. We wanted to go and have a look, but had no intention of buying a ticket for the train journeys. Instead we’d have very happily bought a platform ticket for say £1 which would have got us up close and given us access to the engine shed and all that we got to see for free. I’m sure that over the three days they had over a thousand people just turn up to watch the trains at the stations. 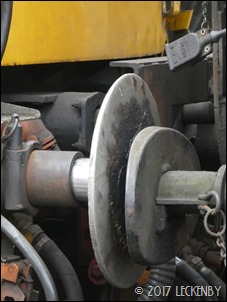 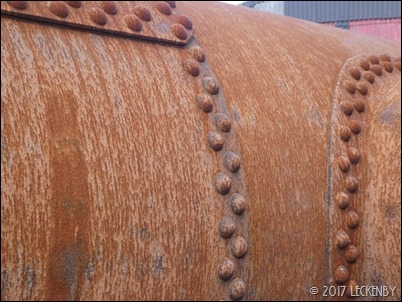 Back at Oleanna Tilly had been resting, but still wasn’t quite right. Despite her instruction manual having said ‘Never, ever, ever, ever feed your cat human food’ medical websites differed. She’d gone nearly 24hrs without anything and was a bit perkier. So I fished  out some chicken pieces from the stock I’d made yesterday and cooked a bit of white rice. Once cool I gave her a teaspoon of it. All the chicken went along with a bit of the rice. We then waited to see what happened. It seemed to be staying down so a little bit more was added to her bowl in the evening, unfortunately we got to see this again just after we’d gone to bed! 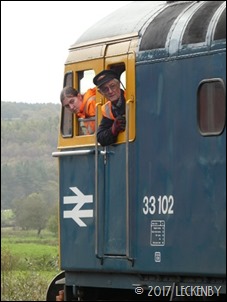 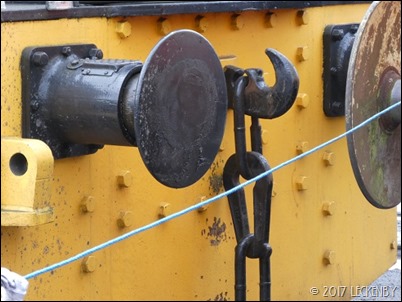 We’ll see how she is in the morning and whether professional advice will be needed. 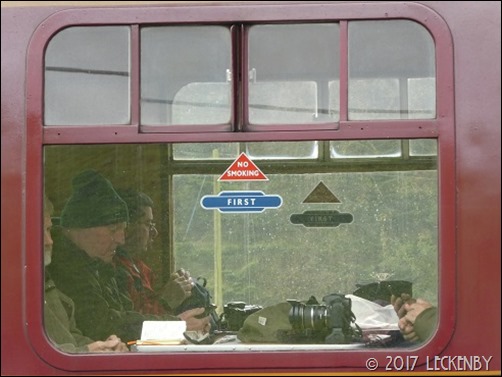