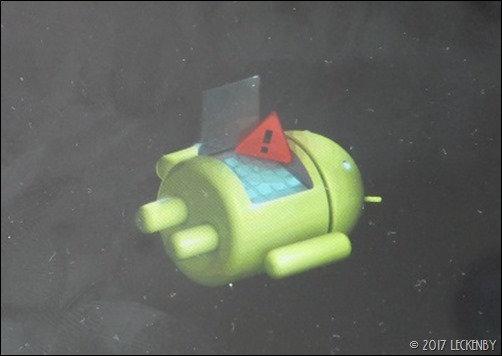 When Mick turned on his tablet this morning it wasn’t feeling too good. The Android chap seemed to have at least fainted or had he died! Some hunting around on the internet suggested that there may be a solution, but that would have to wait until later in the day. October is a bad time for things like this to die, too long til Christmas to live without one and too close to Christmas to just go out and buy one. Fingers crossed that it could be mended. 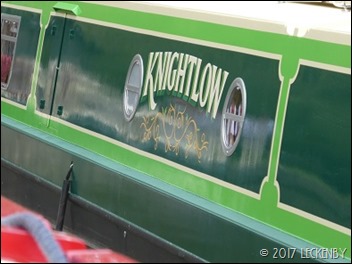 Once a newspaper had been bought we winded Oleanna and returned to the services to fill with water and empty our yellow water tank which is so much easier with the port side to the tow path. We’d just tied up when a boat turned in off the Trent and Mersey to fill up. They asked if they could pull along side as there wasn’t enough room, so we passed their ropes around Oleanna`s dollies and chatted as our water tank filled. NB Knightlow is a couple of months newer than Oleanna and was built by MGM. The last couple of times we’ve passed the workshops on the Soar there had been a bright green boat sitting there, now it was breasted up to us, glad we’re no longer yellow as that would have woken up the whole of Staffordshire! Apparently they will be in the next issue of Waterways World, a nice looking boat with a lovely couple, maybe our paths will cross again next year.

Once we were filled and empty we winded at the junction and returned to start our ascent up the Caldon Canal. We’ve only been this way once before with our friend Frank on board as we moved NB Winding Down to a new base further south. Then it was cold, snow in the air we even got iced in for a day up at Leek. Today was the opposite, mid October and we were down to t-shirts, around 20C. 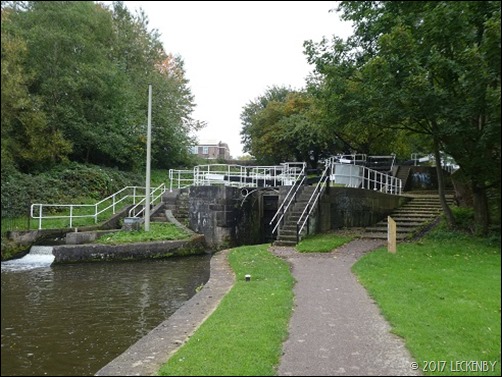 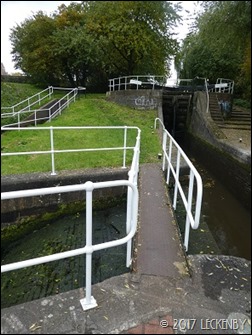 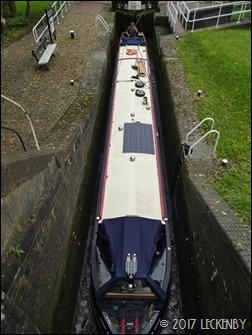 First off was Etruria Staircase. A boat was just finishing going up in the top chamber so I could empty the bottom one. Mick brought Oleanna in and once the chamber above was free I lifted the paddles to fill the lower chamber with it’s water. The top chamber was built bigger then the lower one, so there is an overflow (a bit like in a bath) that takes the excess water off to the side into the bywash. The overflow isn’t unique to here a lot of staircases have them, but it is a little unnerving as the water you have just let down starts to disappear out to the side until the chambers are level. 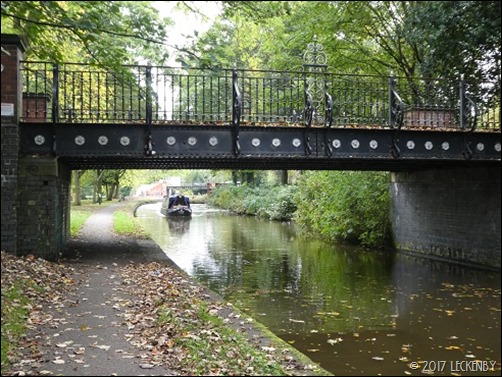 I decided to walk between locks arriving before Oleanna and able to reset the next chamber. We’d forgotten to get our Nicholsons guide out so were working from memory from 2013. I could have sworn there was another lock before we left the environs of Stoke, but somehow it had evaporated! One good thing being on the towpath was that I could take photos as we passed under the low bridges to see how much if any clearance there was above our chimney. These are some of the lowest bridges we’ve been under (Ashton and Droitwich Canals still to do). 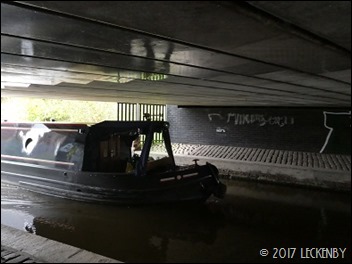 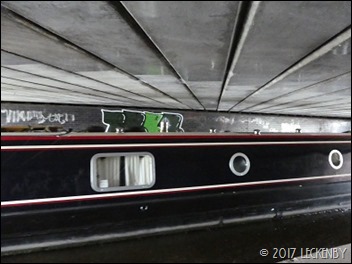 At Bridge 8 we had around 16 inches of clearance. 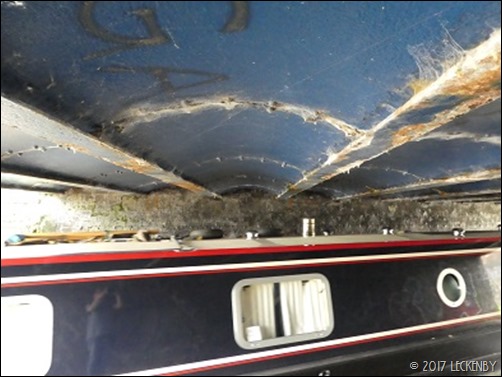 At Bridge 9, the lowest, we had 8 inches clearance. Phew! We could now enjoy the Caldon. 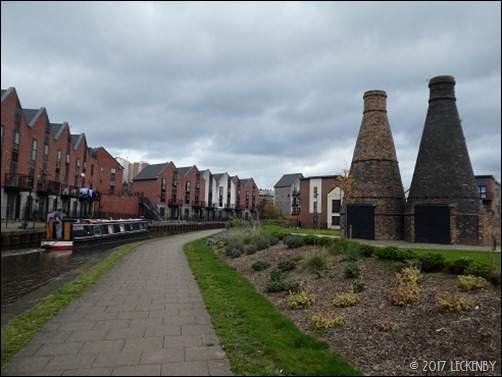 At Bridge 11 I turned the key of power and raised the road, only holding up one, then decided to walk on to the next lock. This of course was where it had evaporated from, the pound now being 4.7 miles long! On a warm afternoon it was a pleasant walk crunching my way over crab apples whilst Mick brought Oleanna along behind. New buildings have gone up, mostly what look like student accommodation and new mooring rings have been provided along quite a few stretches. 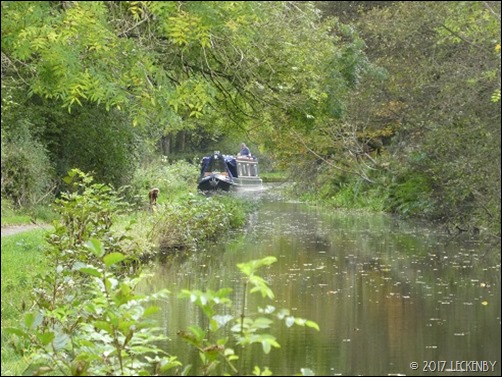 On I walked past football matches further into the green, whilst Mick made slow progress a couple of the tight bends he couldn’t do in one holding him up. On a couple of long straights (not that long) I’d wait to see the bow come into sight before carrying on, that next lock must just be around the next bend surely! By Bridge 18, after 4 miles I decided to hitch a ride the rest of the way, making note that the local chippy does gluten free batter three days a week for our return.

Once up Engine Lock there are a couple of lift bridges, we were wanting to stop, but nowhere seemed to be suitable so we carried on. The first bridge is key operated and makes a prolonged squeak as it rises and then a slightly higher pitched squeak as it takes forever to go down. As I got repetitive strain holding onto the button I felt as though I was in an Ayckbourn play sound track, sheep bleating in a field, general bird song with the odd diva singing out way above the others and the comedy squeeeeak of the bridge. After the second bridge (hand wound) we pulled in on a straight section of armco, more or less where we’d stopped on WD.

Much of the late afternoon and evening was spent with Mick watching an instructive video of how to reflash the stock ROM on his tablet to try to get the Android chap back on his feet. As parts were watched over and over I really wished the fella in the video would blow his nose as his sniff was really irritating. But when all of a sudden Android man got off his back the sniffing man was forgiven, all was mended.