Long Butts Lift Bridge to Leek Canal Terminus
With Hurricane Ophelia on it’s way we wanted to find somewhere to moor today without too many trees, just in case. This on the Caldon Canal can be a little bit tricksy. If you head towards Froghall you cruise through miles of wonderful woodland (which we are looking forward to). As we very much doubt we’d be able to get through the tunnel at that end (very few boats having low enough cabin sides) where you end up mooring isn’t, by memory, the most picturesque of places. So we decided to head up the Leek branch where at the end there are a few trees, but hopefully not too many that might topple over. 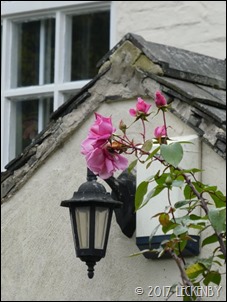 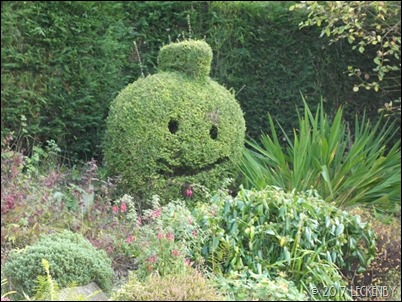 Not far to the Stockton Brook Locks and as two boats had headed up before us I knew I’d have to reset them. I checked up ahead, seeing only a fisherman and lifted a paddle to start emptying the chamber. As I turned to lift the second one a boat came into view, the fisherman must have been masking it. So the level only having dropped a foot I reset it for them and waved them in. A hire boat with plenty of crew, but only two doing anything. A young lad was winding paddles, his Dad at the tiller and his Mum stood in the well deck making sure they weren’t too close to the side of the lock. She then told her son when to open the gates, even though water was still rushing out below. Maybe this was to get him worn out with all the needless pushing and pulling he was doing. 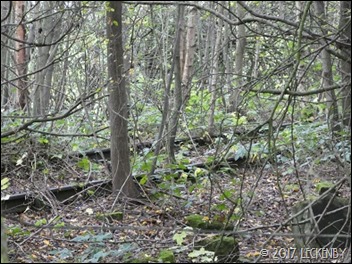 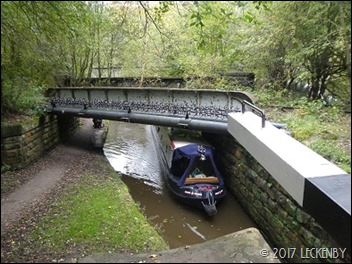 The locks are pretty if a little unkempt, the grass hasn’t been cut for sometime. The old railway tracks are still visible on the Stoke to Leek line which stopped running passenger services in 1956, but continued as a freight line until 1988. Since then it has officially been out of use but not closed. 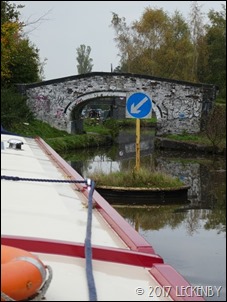 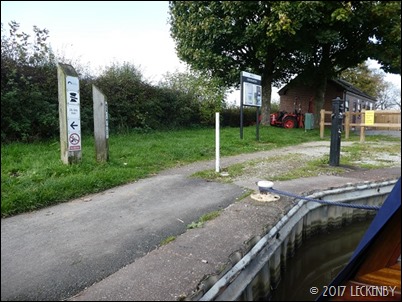 Just before Doles Bridge there is what seems to be a very small roundabout, it was actually an island for a swing bridge. The sharp right bend after the winding hole caught us out on Winding Down, as we turned the corner we hit ice and plenty of it. Not able to steer we had to let her drift to reach the towpath and pull her in. We were stuck until a C&RT boat came by breaking the ice. Today we had no such trouble and carried on towards the services at Park Lane Bridge. Even though the water tank was only filled yesterday we decided to top it up in case we get stuck for a day or two. Very handily the end visitor mooring was free with the tap right at our bow. This spot would be a very good winter mooring, bow next to a water point, pump out, toilets, showers and road access, but there don’t seem to be any on  the Caldon. 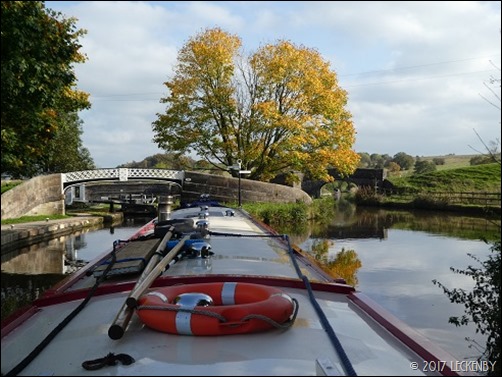 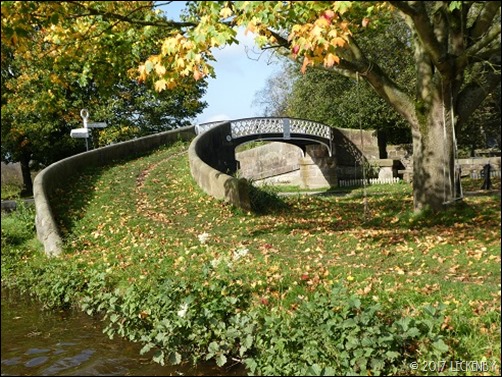 With a full tank we continued on to Hazelhurst Junction. Here the original line of the canal drops down through three locks heading further east before turning southwards to Froghall from where limestone was transported. Off to the right is the Leek branch which was built eighteen years later in 1797 as a feeder from the Rudyard Reservoir. Here we veered to the right from where you can see the locks descending to your left. A third of a mile further on the canal does another sharp turn, this time to cross over the other branch on an aqueduct designed by John Rennie before heading northwards. 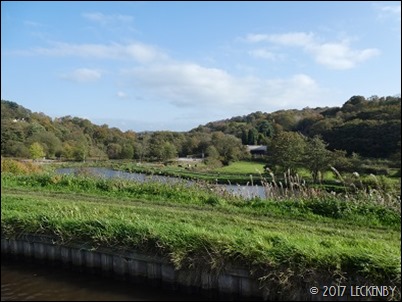 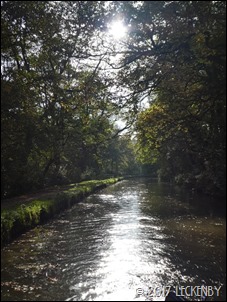 Progress was very slow indeed. The narrow canal with it’s bends took some getting round, added to that the shallowness. At bridge holes we could hear Oleanna scraping along the bottom at the lowest of revs. One boat came towards us, moving to the side forced us up onto a submerged bank. They offered to help but really they just needed to get out of our way so that we could reverse off, which we did. The speed we’d travelled at on the Lancaster this summer now seemed so fast as we crawled along under the trees of the Leek branch. 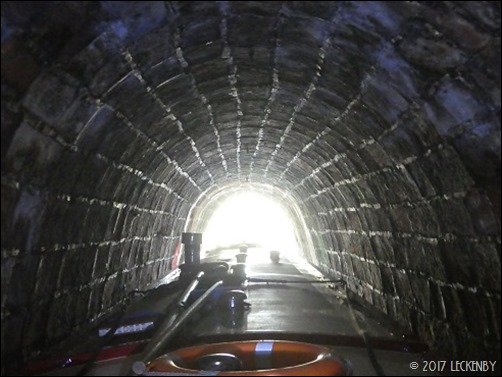 Eventually we could see more and more sky as the trees departed. Through Leek Tunnel and then the last third of a mile to Canal West Bridge. Here you have to wind if your boat is over 45ft long. We didn’t, instead we pulled in just after NB Windsong. A line of trees on one side with a gap opposite us giving us a view up a hill. According to Water Explorer, that records our journeys, we are beyond the end of the navigation. Luckily we know how to get back. We’ll sit Ophelia out here and maybe get a bus to Newcastle to pick our new water pump up which should arrive tomorrow. 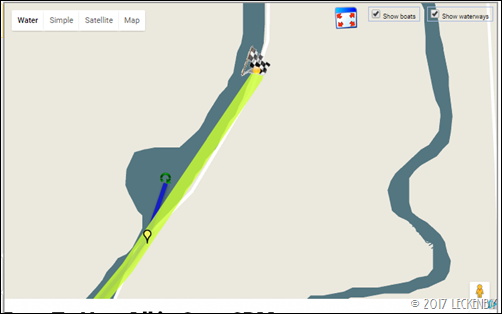