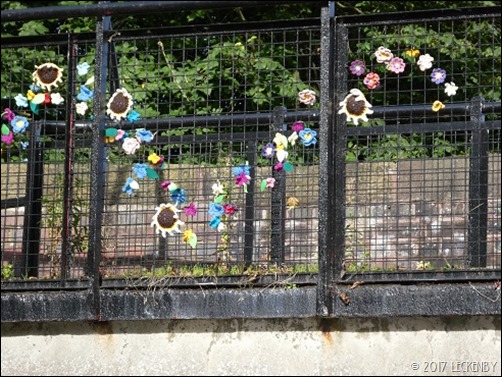 What a difference to yesterday, the sun was busy drying everything out as we set off to head up into Stoke. Someone had been busy yarn bombing the foot bridge over to the Wedgwood visitors centre, I wonder if they plan to carry on right across the mesh? 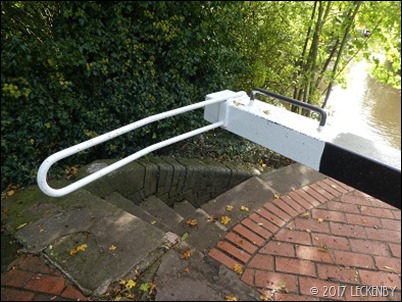 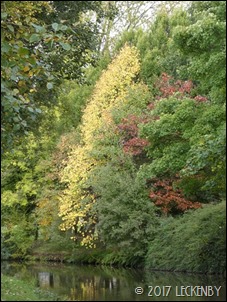 As we approached Stoke Bottom Lock a boat was just appearing through the gates, we’d timed our arrival well. The chap at the helm then told us that there were volunteers on, so we’d timed it very well. I hopped off and sure enough leaning on the bottom gates were two lockies. We were told we’d be getting the full service up the locks. With me helping work one side, a volunteer would work the other, then close up afterwards whilst the other chap had walked ahead to set the next lock ready for us. This made our passage very speedy. 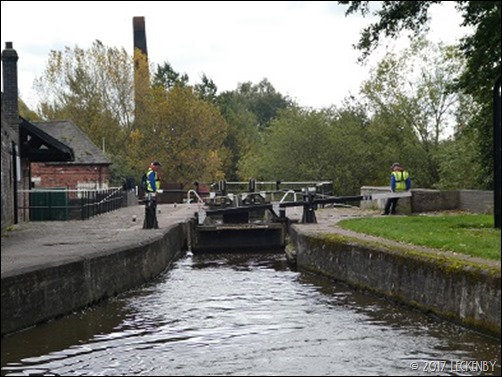 The two chaps were very jolly and helpful. I asked where they considered to be best to moor, Etruria or Festival Park. ‘Etruria everytime’ I was told. I then explained that we were going to the New Vic to see a show tonight, he still thought Etruria would be best, not a direct route to the theatre but more pleasant through a housing estate and the mooring would be far quieter. It turns out that he has tickets to see the same show in a couple of weeks, so we passed the time whilst waiting for the locks to fill chatting about plays. 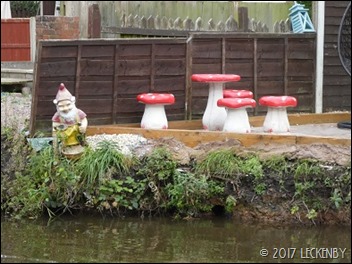 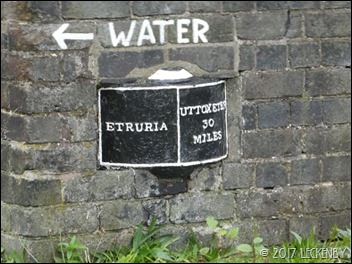 On reaching the summit we did the steep (handbrake) right turn onto the bottom of the Caldon Canal and found ourselves a mooring right outside Etruria Industrial Museum. We’ve moored here before on our shareboat, but never managed to time a visit when the museum has been open. After lunch I decided to celebrate Oleanna having just completed her 1000th mile by giving her a wash in the sunshine. With two buckets of water, a scrubbing brush and various cloths I set too with the intention of washing the roof. With one side complete I considered doing the other side, but that would mean removing everything from the roof and balancing on the gunnel, the port side could wait. I just had enough shampoo to wash down the cabin side, gunnels far too low to bother with here.

As I washed Oleanna Mick volunteered to help a couple down the locks as the lockies had just finished for the day. We’d stood chatting to them and they’d missed their turn, so it was the least we could do. They were soon followed by a couple of single handers, so Mick carried on to the lock where the railway crosses to give them a hand, saving them climbing ladders. As he returned he spotted NB Halsal coming down the staircase so waved him down for some coal. Our gas bottle had just run out, but we’ll get a new one from the Calor gas place about 100yards away as it’s much cheaper.

Back at Etruria boats came winded and topped up their water tanks. One backed in in front of us, NB Ploddinon. Last summer our paths had crossed several times, Boston, the Chesterfield, Goole so we had quite a chat with them. 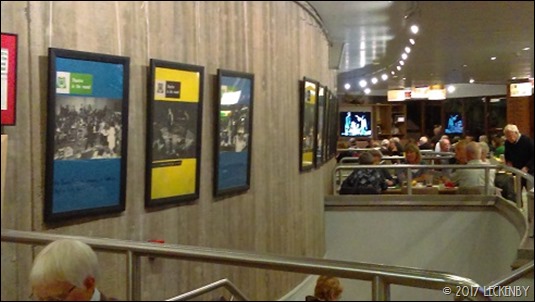 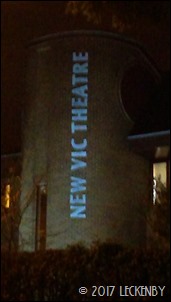 This evening we walked through the housing estate past The Holy Inadequate pub (one day we’ll sample their beers) crossed the busy A53 and A500, the footpath takes you across the roundabout and then we climbed up the hill to the theatre. I have brought several shows here in the past, both from the Stephen Joseph Theatre and Hull Truck. Only once have I designed a show just for the New Vic and that was 11 years ago, a production of Oleanna, a David Mamet play. So it felt like we had to pay a visit. This is the first time that we have managed to coincide with a show whilst we’ve been here. It was the first night of the new Ayckbourn play ‘A Short History Of Women’ that has come over from Scarborough. 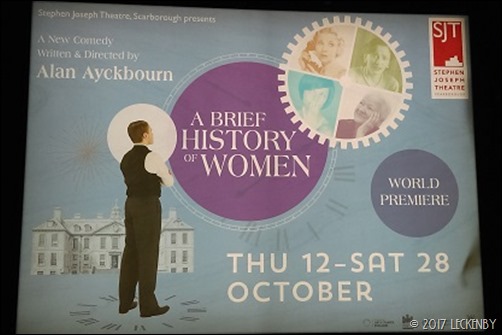 A journey through 60 years of the life of an unremarkable man and the remarkable women who loved, left or lost him and of the equally remarkable manor house which saw and heard it all. It is funny and touching and worth a visit if you are either in Stoke or Bowness later in the year. I suspect it will also be touring come January along with ‘Taking Steps’ an Ayckbourn classic.

With it being first night there were a couple of familiar faces from Scarborough, so we stayed for a beer and catch up with them in the bar after the show.