The forecast for today wasn’t so good, rain after a dry morning, sadly we had a delayed start. For the last couple of days I’ve noticed a slightly different noise from the water pump, which is situated under the front steps. I tend to hear things like this more than Mick and it normally gets dismissed. However this morning I decided to actually go so far as to lift the lid on the bottom step and have a look to see if there was anything obvious. There was, water! Not much but enough for my fingers to be wet. We’d had a small leak here before which when Andy from Finesse came to check it out seemed to have fixed itself, well it has now unfixed itself! 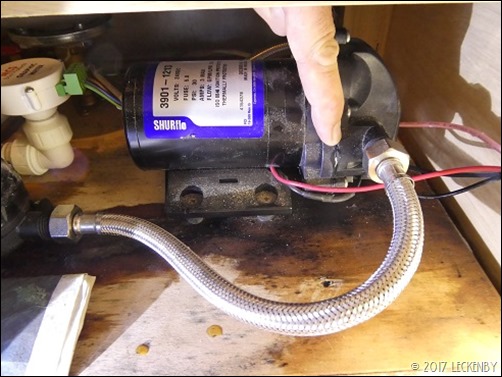 Mick tried tightening screws, but they were already tight. The leak is coming from a join in the casing and only drips when the pump is being used. Yesterday we’d done a couple of loads of washing and had a shower, so it had worked hard. Strategic positioning of a nappy under the drip to keep us going and an email sent to Finesse. We’re not sure about warranties on such things, do they start from when we picked her up six months ago? Or from when things were first fitted? So maybe a year. We decided to see if the chandlers in Stone had a pump as we passed through today. 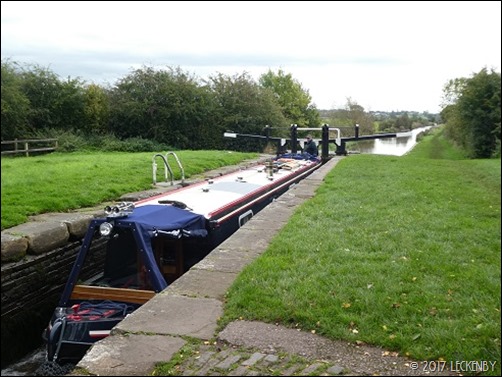 After a couple of miles we were at Aston Lock and swapped with a hire boat. At the first two locks into Stone we did the same again. On the second boat there was an antipodean couple who had just had a month on a hire boat. She was asking so many questions about living on board fulltime, she definitely has the bug but the look on her husbands face suggested that he needed a bit of working on before he’d consider buying a boat. 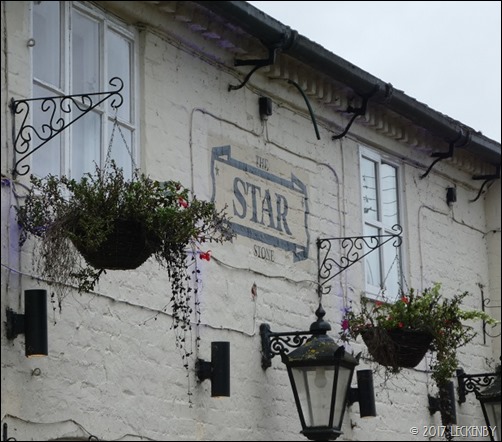 We pulled into the chandlers mooring and as Mick started to chat to them about pumps I went into town for some fresh veg and to post my latest creations for my friends Etsy shop. When I returned Mick had moved up to the water point and was busy filling and emptying tanks. As thought, the chandlers couldn’t help us as we need a 24volt pump. Whilst I’d been out Ricky had emailed back from Finesse, the pump would still be in warranty and they would send us out a replacement pump if we let them know where we were. 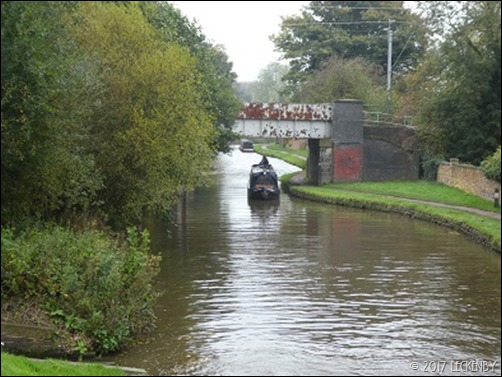 Moving up the last two Stone locks the heavens opened, as it was lunchtime we pulled over as soon as we could and retreated inside. Some thought was put to where a new pump could be sent to in the next couple of days. As we were heading through Stoke we’d be able to pick it up from Tim Tylers in Newcastle, so we rang Ricky and suggested this. Talks about bow thrusters followed and they will have a look when they come to see us next as it may not be weed causing the problem, just a coincidence. News on our third battery was good, they have tracking on it and it should be with them in the next few days! So hopefully soon Oleanna will be sorted power wise. Fingers crossed!

The rain subsided and we were wanting to get a bit further today. We passed a lot of old work boats moored up before Meaford Locks, including Tench, is there going to be a gathering of some sort? NB Hadar was moored a bit further up too. All the locks seemed to be set against us and as I walked up to set the third lock the heavens opened again. This time we had to carry on to clear the flight. The slow filling chamber at the last but one took it’s time. When we’d come down it took two people to move the beam to open the top gate, I’d checked with Mick that he’d be okay doing this on his own before I walked on. Just as I reached the top lock a hire boat was just entering it and with spare crew one headed down to help Mick with the gate. 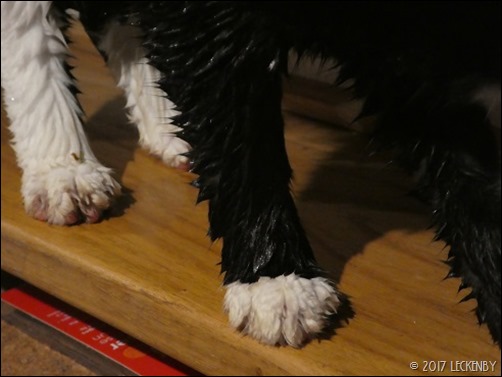 Once up, I retired inside to get the fire going and left Mick at the helm with a brolli. It rained for much of the two miles to Barlaston where we’d moored on our way south. But as soon as we were moored up again the sun came out. Looks like we had little rain compared to those further north. Tilly was straight off and into the sideways trees, returning a couple of hours later with absolutely drenched legs! I think she’d been paddling somewhere.

2 thoughts on “A Bit Damp In The Wrong Place. 11th October”