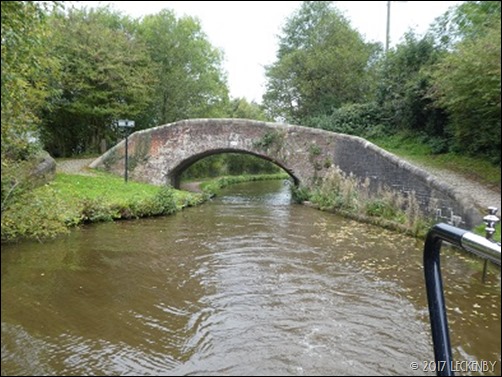 Everyone seemed to have woken up at the same time this morning, as we joined in we were at least third in line for Meaford Locks, another boat about to untie said he’d leave it half an hour before setting off. At The Plume Of Feathers the lead boat had stopped to pick up a newspaper, so they then became third. 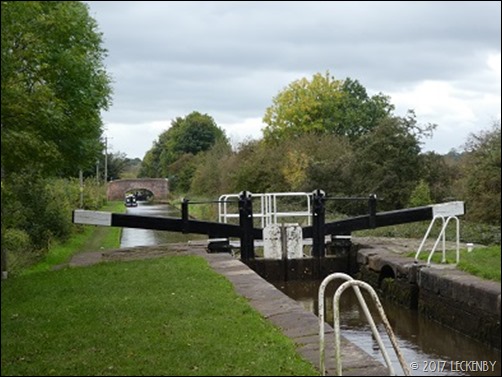 Pulling in behind NB Campanula I went to help set the lock and see what I could do to help the lady single hander down. I had a feeling I’d met this lady before on this flight as I had deja vu. With her boat lowered she opened her gate and climbed down the ladder to move it on to the next lock. However my gate hadn’t done the little sigh indicating that it was almost ready. I pulled, I pushed, Mick came to help, two bums better than one. Back and forth we giggled the gate but it was well and truly stuck at the bottom. Nothing could be seen, looking down, nothing obvious behind the gate like a log. A third bum was needed before we would have to call C&RT. Mrs Campanula climbed back up and all three of us managed to get the gate to move a little bit. We then closed it again and opened it, our combined force had got what ever it was shifted. Crew from the following boat at first thought that I must be a wimp ‘the beams are short, makes the gates heavy’. But he soon realised that hadn’t been the problem. 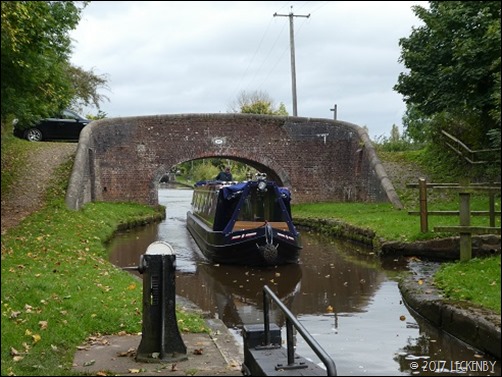 The three boats made our way down the four locks with no-one coming up. The lady from behind closed up our lock so that I could walk ahead to close the gates behind the single hander. By the time I got to the last lock, she was down and closing the gates and returned to lift a paddle for us. Very good team work. 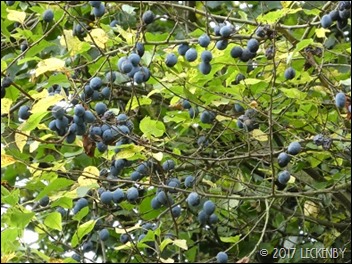 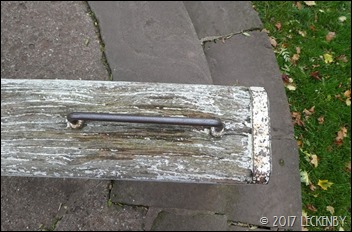 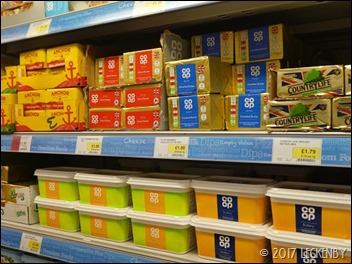 We decided to stop for some lunch before working our way down through the Stone locks and by the time we’d finished it was nearly 3pm and the gusting wind was a bit stronger. So instead we stayed put, went for a walk around the town, checked to see if the chandlers stocked an air filter (they do Barrus not Beta). The Co-op were selling butter at a price we’d not seen for around six months, so we stocked up. 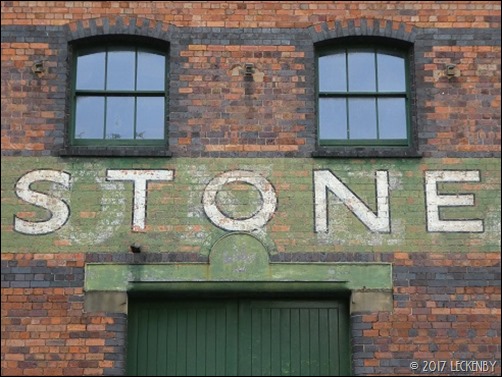 In several shops and pubs there were signs up about Stone Food and Drink Festival which is this coming weekend and in Westbourne Park large marquees were being erected. It looks like it might be worth hanging around for, good job we’ve already had our two days alcohol free this week! 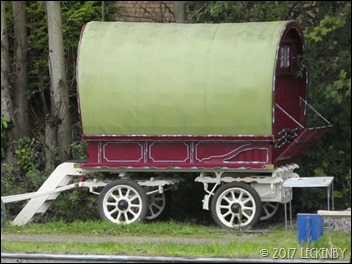 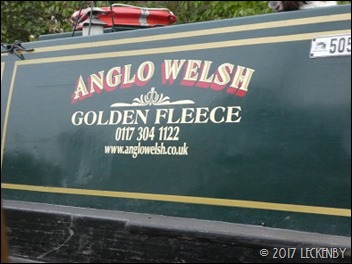 To reach our current destination would take us 21 hours and we have ten days to do it in, so we can afford to take things slower and maybe loiter with intent in Stone. When we got back to the boat there was a C&RT stoppage notice saying that at Bagnall Lock there was a broken beam, which until mended would mean that the canal was closed. So there is no point in rushing along, Oh dear!

2 thoughts on “Three Bums Better Than One. 4th October”