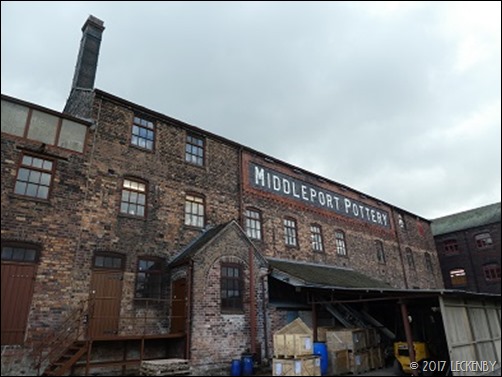 We wondered what time Harecastle Tunnel opens in the morning as we lay in bed listening to NB Valerie quietly pull away, this is something that doesn’t normally concern us as we rarely do early starts. Heading southwards we pootled the next couple of miles. Passing Stoke Boats we wondered how Oleanna would have turned out if they had built her, they were a very close second choice. Past Middleport Pottery which now seems to be thriving with it’s tea shop, guided factory tours and it is where The Great Pottery Throw Down is filmed. One day we’ll actually stop and go round one of the potteries. 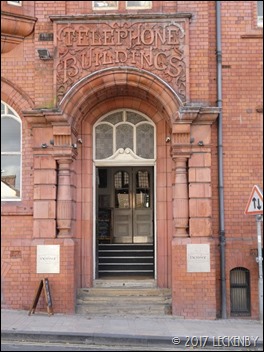 Arriving at Festival Park Marina we pulled onto the pub moorings. Mick made his way to B&Q for a bumper load of kindling whilst I walked up the hill into Hanley, just over a mile. Once past all the modern retail I realised I’d been here before years ago whilst working at the New Vic, their costume and furniture store is off on one of the side streets. Every now and then a building would stand out from the masses. The Quality Hotel looked like it had recently had a coat of white paint, soon followed by one building not needing any paint, the terracotta Telephone Buildings. Built about 1900 it replaced the original telephone exchange (handling 200 subscribers) and by 1904 it had over 2000 subscribers. It was itself replaced by a standard concrete exchange just beside it. 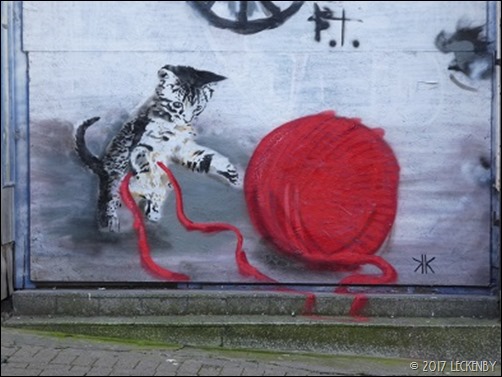 My visit was to buy some more fabrics and wool at my third Abakhan shop. This would the last heading south. But it seems that the population of Hanley would rather knit with acrylic than wool, so none of the yarns I was after were stocked. I did however manage to pick up a couple of new colours of sheeting for bags and three foam pads so that I can add a more substantially comfortable top to our stools on Oleanna. 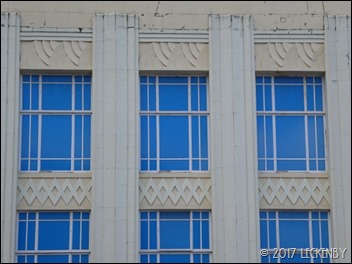 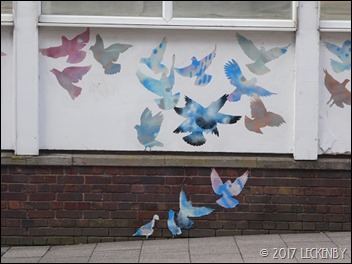 Taking a slightly different route back to the boat I passed a wonderful, uncelebrated 30’s shop front and then found a good art shop which was surrounded by graffiti.

Back at Oleanna we decided to head straight on down the T&M. Our original plan had been to turn up the Caldon canal where there is a stretch of low bridges for Chimney Test 2. There being no winding holes close by should we not be able to continue, lack of bow thruster and the gusting wind all added up to this being a bad idea. Maybe we’ll have time when we head back north in four or five weeks time. 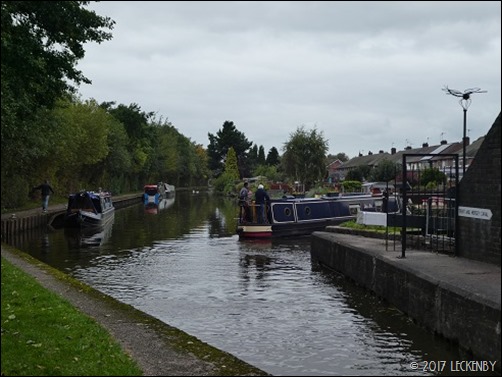 With hand cuff key in hand I hopped off to work Summit Lock, however the locks have been removed. There only being a couple of feet of water in it I set it for a boat coming up the lock below. NB JoJo were out for a weeks cruise, making the most of holiday from work, they are on the verge of becoming full time live aboards, but just need to take the final leap and hand in their notice at work. The lock below had been left for us with top gate wide open. As our lock was emptying I saw a lady come and she was just starting to lift a bottom paddle when I shouted for her to hang on, she quickly noticed and closed it again. We’ve all been there, every lock set against you, only two more to go before you can put the kettle on and have a sit down. It turns out that Mr Celtic May reads our blog and I think our paths may have crossed once before when we were yellow and they were brand new on the Leicester Section after Crick Boat Show last year. Enjoy the Four Counties. 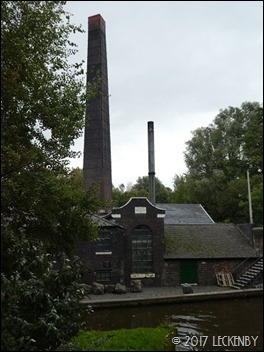 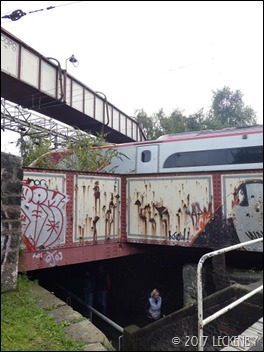 We continued to work our way down through the locks meeting several boats coming up. The house (with barking dog) at the last lock seems to have an epidemic of cars. When we first came through Stoke there were one or two, then a couple more, now at least eight which spill out onto the road. Past the familiar sights of Shufflebottoms and the ‘Tackle and Bait, Air Guns, Archery, Boats and Engines, Country and Western Line Dancing’ Do they use the dancers as moving targets on the shooting range we wonder?!

At Trentham Lock we caught up with a hire boat that was having serious difficulty moving out of the lock. They had what seemed to be a duvet around their prop! A volunteer greeted us, very jolly young chap who reset the lock and helped us down. We’ve not seen a Lockie here before, he said that he likes to move about and had his bike beside the lock. 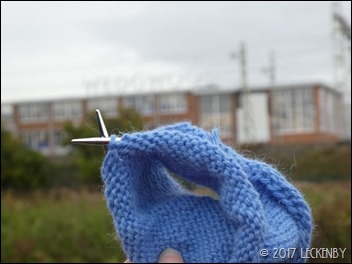 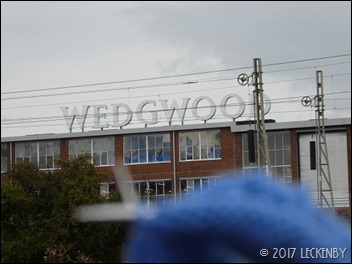 As we passed the Wedgwood Factory I tried taking a photo of the knitting I’d been doing out the back, but sadly without getting into serious camera settings and sitting still it wouldn’t work, not enough depth of field (I think). To honour the Potteries and especially Wedgwood I’d started on some blue wrist warmers, in Wedgwood Blue. 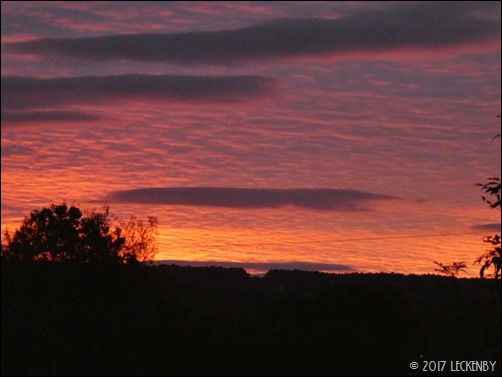 This evening Tilly has been very busy, her hour of shore leave turned into four! I got really quite worried as I could hear a fox constantly not that far away. It was only making that stupid noise because I was on it’s case and wondering if I could carry that much back home!