A morning to read all our papers in bed followed by a cooked breakfast, well the farm shop bacon needed finishing off, next door Bridget and Storm were also tucking into sausages etc.

As the morning progressed two more narrowboats arrived and the owners of the two boats that have been here for a week returned and made their boats ready again. 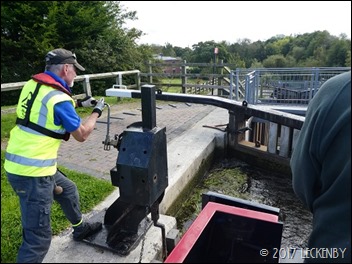 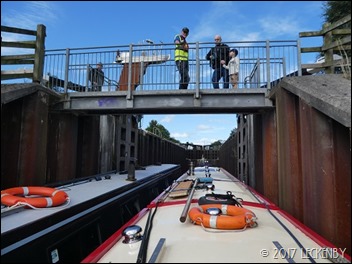 At around midday a volunteer lockie arrived and chatted us through what would happen. Steve was on his way, but might be a while and the volunteer was waiting to see if he could start to lock us down the staircase. Word came through that he could so we untied our ropes and hopped on board as the paddles were wound up. At last eight days late we were starting to make our exit from Preston and the Lancaster Canal. Down we went. the number of giant spiders that inhabit the staircase was really quite scary. I was glad we’d not let Tilly out here as she would have tried to catch quite a few of them, but then she wouldn’t have needed much food.

The sun was out and we all had smiles as the boats reversed out into the second chamber and started our decent to the third. 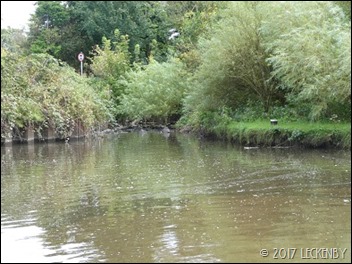 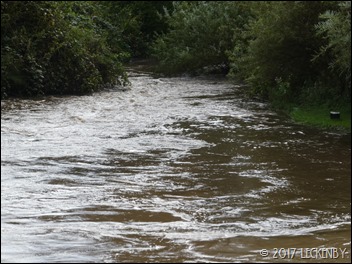 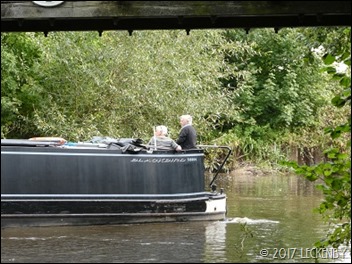 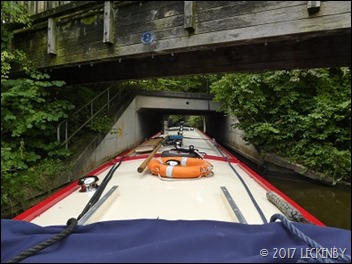 Mick reversed Oleanna out first. The level of water was so much lower, where it had been bubbling last weekend it was now revealing the underlying rocks. As we backed out the stern grounded, levels were very low! It took some fighting but Mick managed to get our bow round and tucked under the bridges. We were now facing the right way, towards the main land. 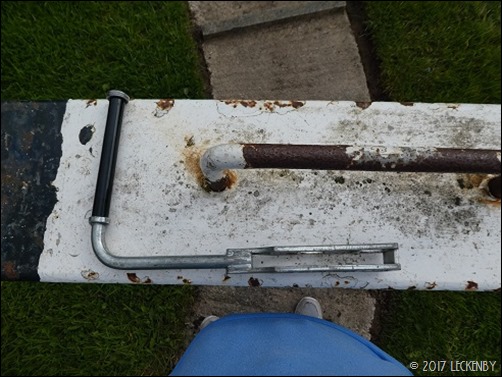 We were now on our own, each lock had been unlocked and set for us, even the top gates were open awaiting our arrival. Bridget and myself had to reacquaint ourselves with our windlasses. These haven’t been needed for the last five and a bit weeks. As we’d been asked to refill the locks for the next pair of boats Bridget and I decided to walk between them. This meant the boys could drive straight out and not bother about stopping to pick us up and we’d easily catch them up.

The top of our chimney was still on so at the first lock it was removed. The port side gunnel ran along the lock wall, knocking one of the press studs off the cratch cover. Luckily no rips in the canvas, but we took time to tuck the bottom of it up to avoid any more damage. We used to do this with Lillian’s cratch cover after it got ripped badly on the Aylesbury arm. 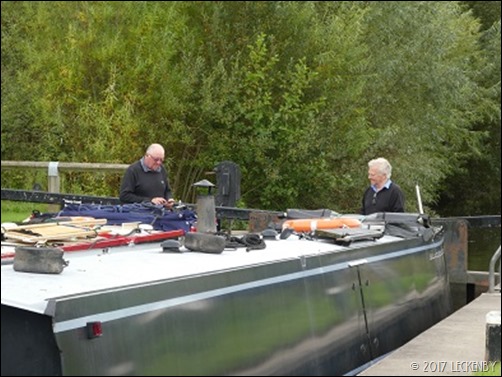 In the above photo there is something missing. On the very tight bends where there are plenty of over hanging branches Mick’s new baseball cap (bought at Garstang market) was whipped off his head. Luckily it didn’t find it’s way onto Blackbirds prop. It was either the cap or the internet antenna that was going to get got, so he chose well.

After Lock 7 we had a choice of pontoon to moor on.  Space by them is limited so Mick decided to moor up at the furthest one. Blackbird pulled in and breasted up. It took quite a while before the next two boats came into view and we invited one of them to pull up along side. As more boats came down each of the three pontoons filled up. 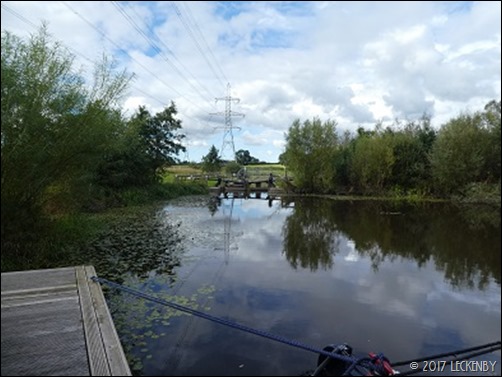 We will sit here over night. Early in the morning we will be let down Lock 8 when we will be able to get under Blackpool Road A583. Then we will all sit breasted up on the next pontoon and wait for the tide to come in and fill Savick Brook. Once the level is such that we can get through the sea lock we will be on our way heading out on the River Ribble towards the sea and then up the River Douglas towards the main land. The forecast is good, so nothing should stop us now, fingers crossed. 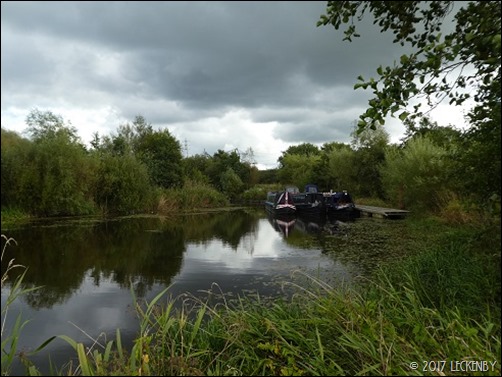