News came in this morning that we would be taken down the locks of the Ribble link on Sunday. We’d then overnight on a pontoon before being let out of the sea lock on Monday morning to do the crossing. The weather forecast is looking good and here’s hoping it is as sunny as it has been today.

We thought that we’d covered just about everything on the Lancaster Canal and had started to kick our heels waiting to cross to the main land. But we were wrong! 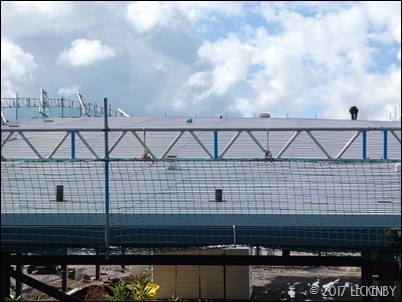 Kath from NB Herbie had suggested that it might be worth our while having a look at the garden centre north of Bilsborrow. So once we’d run the engine for a bit we walked up the towpath the mile and a quarter to the next but one bridge. Over the last month we’ve watched a big steel structure being erected by this bridge and wondered what it will become. Each time we pass there is another section going up spreading across the sight. An article in North West Place says that it is going to be a £6 million leisure extension to Barton Grange. With ten pin bowling, a curling rink, cinema, restaurants along with kayak hire. It will be called The Flower Bowl and add to the already existing garden centre, marina, hotel and restaurants.

Green mesh fencing hides a vast car park, similar in size to that at McArthur Glen Designer Outlet in York. As the sign on the gate suggested we had arrived at the ‘Destination Garden Centre of the Year 2017’. 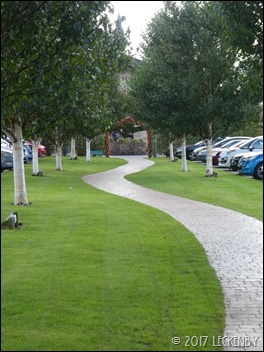 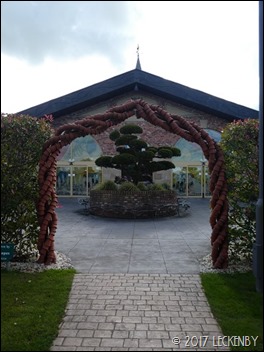 A brown brick wavy path guided us to an archway made from plant pots. We wondered who out of us was the Lion and Tin Man as we approached, not sure what Max would have thought at being renamed Toto! 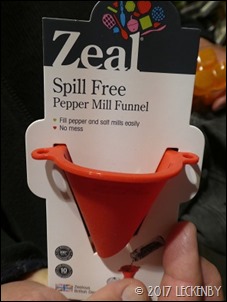 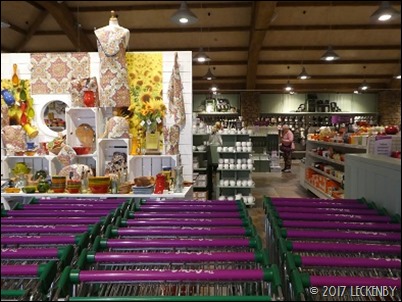 Storm stayed outside with Max whilst we had an explore inside the garden centre. A large cook shop was first. All sorts of gadgets were for sale, some useful others just a waste of money. Who wants a reusable ice cream cone? Surely they contain healing benefits as well as the chilled medication that goes in them!  I did find us some reusable ice cubes that we’ve been hunting for for months which were possibly the cheapest thing in the shop. 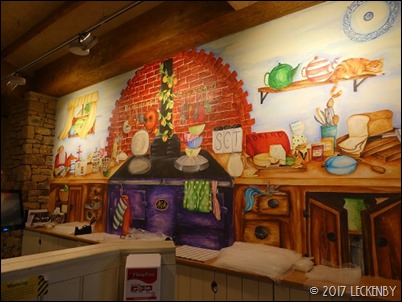 The style of the murals around the area reminded me of naive panto painting. I wonder how much the artist had been paid for them, maybe I should offer my services for the new extension if we get delayed on the crossing further. 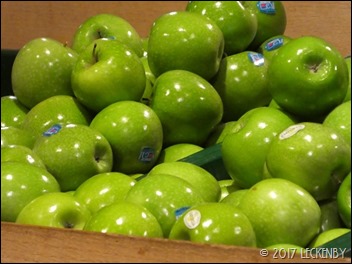 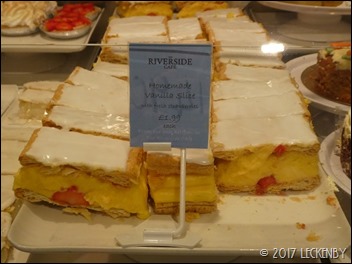 Then followed an area being set up for Christmas, large green boards covered much of it, but from what we could see it will be vast, colourful and very flashy. The outside plant section was huge, I just had a peek through the door before entering the farm shop. Here amongst the highly polished apples, extra long spaghetti, pinker than pink beef, rustic pies and chutneys were a few things that took my fancy. A Romanesco cauliflower, some bacon made it into our basket. The two varieties of Vanilla slices also caught my eye, but I managed to refrain even though one had a portion of fruit included (I’ve only just got my cholesterol levels in check).

With wide aisles, lots of light, plenty of heating and treats we could see that in years to come we’d most probably appreciate this destination more. Today it gave us a destination for a walk. By now our levels of retail therapy had been over filled so we joined Max and Storm back outside to walk back to the boats and let the cat out.