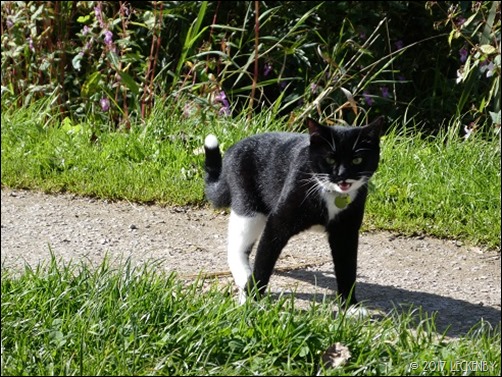 They didn’t seem to want to move the outside today, might have had something to do with a touch of rain first thing, so I intended to make the very most of it. As they sat down with their food bowls for morning DingDing the doors were opened up and I trotted off into the sideways trees. ‘Two Hours’ she said, but there was lots to get done, it was going to be a busy day! 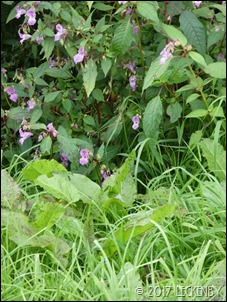 First there was pouncing. It’s always worth a few practice pounces before you see any friends, just so that the backbone is warmed up nicely. This helps to achieve the maximum spring tension for launch, a bit of bum waggle for trajectory helps too. Occasionally whilst warming up a friend will show their nose, so it’s always best to be fully aware of one’s surroundings, you can’t miss an opportunity! 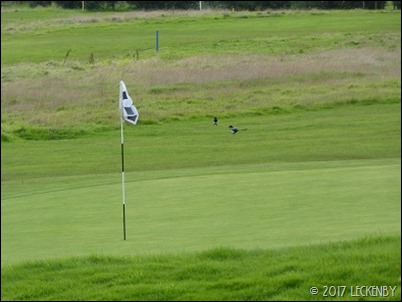 Then a couple of holes of golf. It was nice of the people here to give me a colour coordinated flag to help find it. Sadly no matter how far I pushed my arm inside there was nothing at the bottom of interest today.

The big expanses of litter came in handy before I carried on along to climb a few trees. 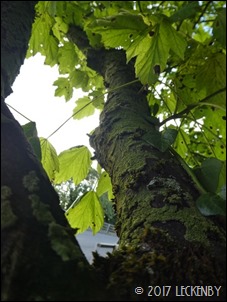 There are quite a few birdies around here, but most are those black and white ones. They really are noisy and seem to want to follow me where ever I go, no good for finding friends to play with. One tree had a good vantage point where I could watch the men putting a new hard edge in. When they went off for some DingDing I got chance to check their work closer. Quite neat and handy for what they call nappy pins. But their sign lied, none of them had umbrellas like Tom’s.

By now my white bits had got a bit dirty so I headed back home for a bit of a bath before I continued being busy. 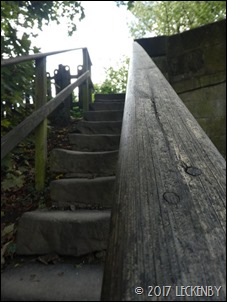 A fence to up high couldn’t be ignored and it looked like it led to a higher vantage point over the water. The views were good from up there. 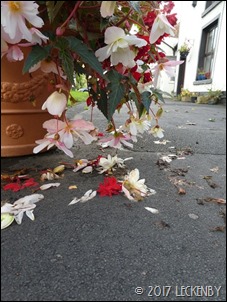 Even though it was noisy on the other side I decided to have a trot along to see what I could see. There was a lot of mess everywhere, Tom said ‘Maybe the judging has finished’. Someone really should give it a bit of a sweep, I’d have gladly lent a paw to help, I like sweeping up. 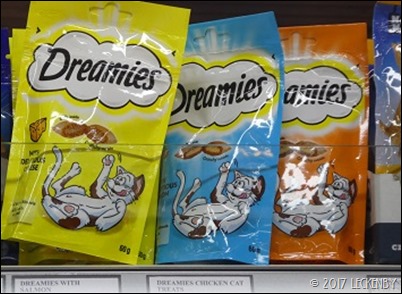 An open door invited me in to a place with lots of climbing frames. I didn’t want to waste the opportunity and right at the top was a reward, lots of rewards! A young girl shooed me away, so not fare!! I’d gone all that way and didn’t get a reward!

I returned over the water and passed these funny houses which all have stuff a bit like grass on top of them, handy for a pedicure as I passed. The views from up there were good too. 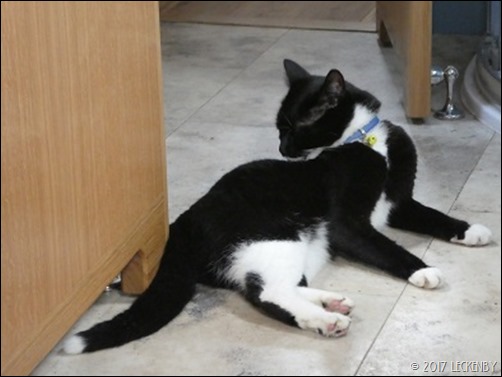 A bit peckish, due to lack of treats I returned home to check that my bowl was still full. No-one else had helped themselves, Never ever ever let humans eat your food! It’s not good for them and a waste as they don’t appreciate it. Another wash and brush up and there was time for another tree climbing session before DingDing time……. but the doors were closed! ‘It’s our turn to go out now’ she said. So there was nothing for it but to have a snooze, quite a long one actually. 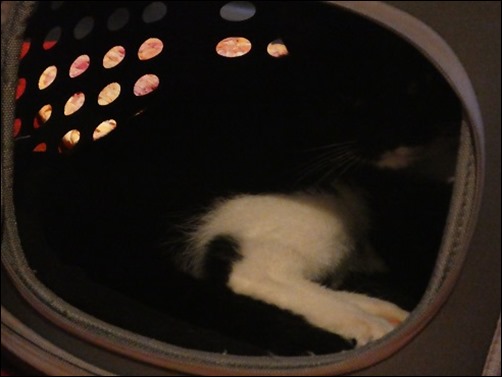 If anyone wants me I’ll be in my escape pod. 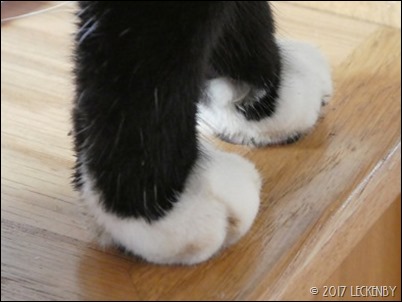