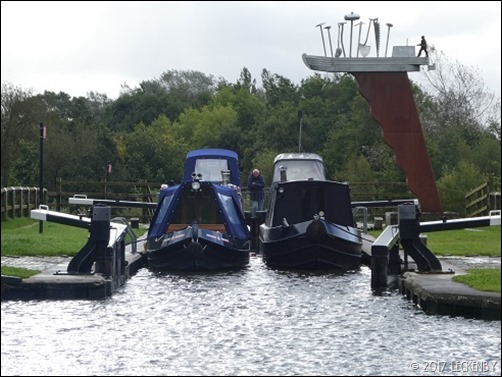 No point rushing to get ready this morning, we already knew the verdict before opening our eyes. The rain storms that had come over head in the night meant that not only did we have a disturbed nights sleep but that the brook would be very full this morning. 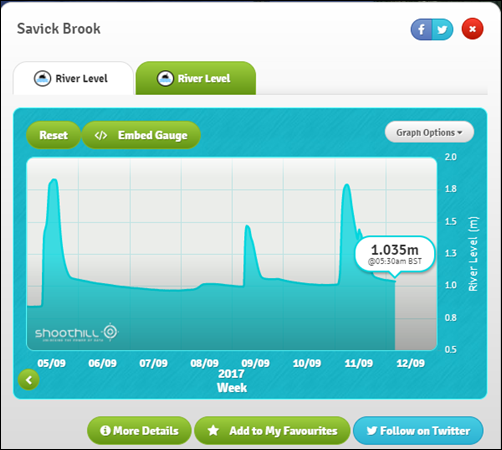 Mick checked Gauge Map and Windfinder before we even got out of bed. The brook had risen higher than it had on Saturday, confirming our thoughts.

Windfinder (a new find on the internet) was also suggesting gusts in the afternoon of over 35 knots. 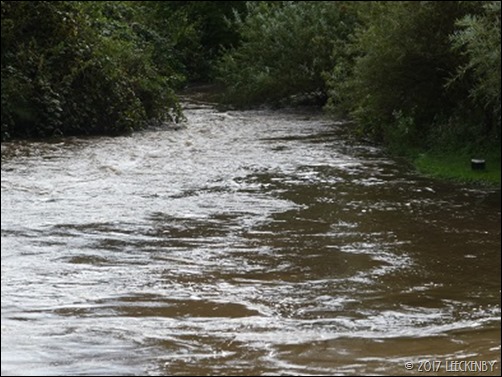 A final visual inspection of the brook, we could see it from the stern of Oleanna but we still went down to the foot bridge to look. So we settled down to have breakfast and wait for Steve to arrive. 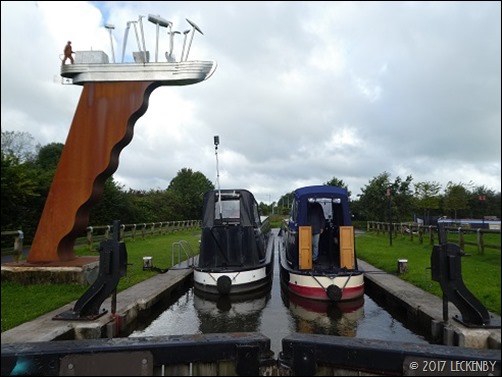 No need to confirm what we already knew. He thought that the brook might still be quite full tomorrow, but there was a possibility. However, he and Harry had been chatting. The forecast looked quite good for the weekend. If they could get us down the locks on Saturday then on Sunday if the conditions were right then we’d be able to go on the tide in the morning. The tide time was too early for them to get us through the locks on Sunday morning (which is why it isn’t on the schedule), but we could wait on one of the pontoons on the link. If Sunday wasn’t possible then over the next four days we could pass boats heading up to the link. So we would have five extra chances to cross back to the main land.

Mick had a thought of how he could pass the day. If we asked Blackbird to vacate the top lock, we could then empty the chamber below us, then empty the top chamber with Oleanna in it. She would then be sat on the bottom and he’d be able to access the bowthruster to try to clear it. Refilling it would be the risky bit, so luckily he was only joking. Instead we caught the bus down to Preston Docks. 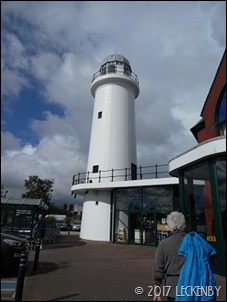 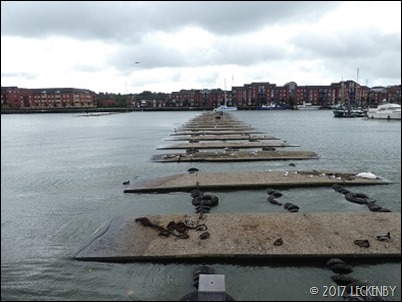 Here there must be the only Morrisons supermarket with it’s own lighthouse. Is this to warn the locals to keep away! Part way along the huge dock there is a chicane of concrete blocks. They seemed to be being used by the local ducks and swans and are possibly to help break up any waves, leaving the marina moorings calmer than they otherwise would be. A few narrowboats nestled in amongst the cruisers and yachts and we tried to spot the visitor moorings that you’d be diverted to if it wasn’t possible to enter the Ribble Link due to low water. 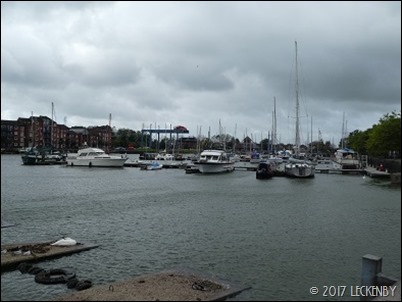 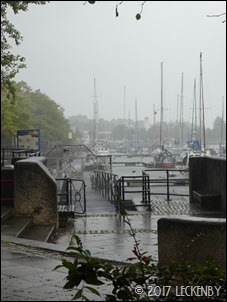 We walked along sheltering from the sudden downpours at a restaurant and the marina chandlers. Not much of interest at the chandlers as it caters more for cruisers, so no new chimney for Blackbird. 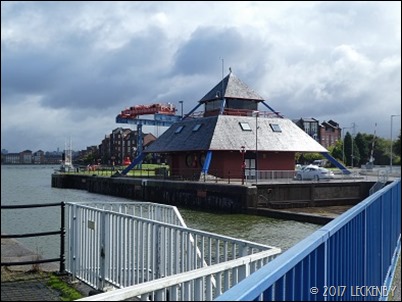 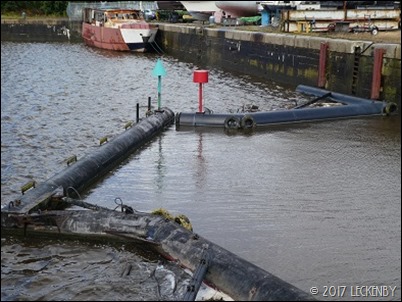 Crossing over the large swing bridge which not only carries the road but also a railway line which leads to the Furness Railway Trust. The lock was huge, wider than Cromwell but not as long. A narrowboat would feel really rather diddy in there on it’s own. A boom covers the entrance from the river, this will open  to allow boats in and out. After another expanse of water there are mitred gates both facing the river and away. These stop the tide both coming and going. 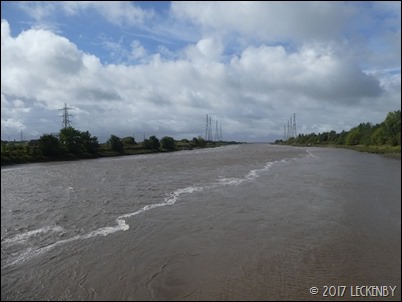 The river was lively. The tide was coming in but there was so much fresh coming downstream, bringing a forest of logs with it, that it was hard to tell. (Flow from the river on the left, tide coming in on the right) Thank you Harry for protecting us from this. Far in the distance we could just make out where the link joined the Ribble (just beyond the pylons on the right). It certainly looked like you wouldn’t need much engine power to punch the tide today, but then you’d be seriously fighting your way up the Douglas. 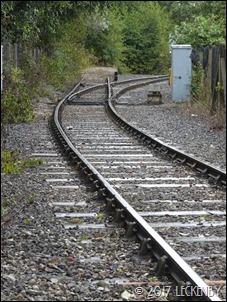 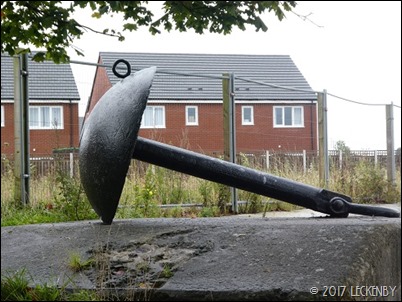 Sadly there were no engines to be seen at the Engine Shed at the end of the Railway, just some old goods rolling stock on the sidings visible through the trees, this must be where most of the NCB wagons came.

When I’d looked at Google maps I’d imagined the docks to be a bit like Brayford Pool in Lincoln, restaurants and bars up to the waterside. But other than the marina there is little here. Flats overlook from the southside and your usual retail outlets from the north. What a missed opportunity. 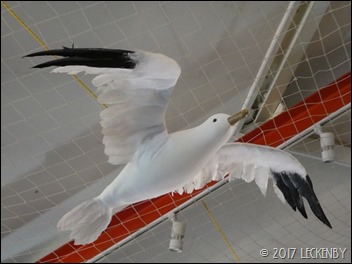 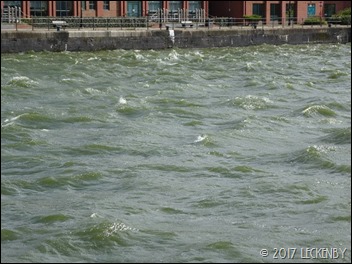 As we walked the afternoon gusts built up. The dock water became very lumpy and at times it proved difficult to stand upright, glad we weren’t on the stern of Oleanna in it.

A quick stock up on fresh food before we headed back to the boats. If we are here much longer we’ll be needing a bigger shop, but for now this will do, who knows we might get to cross tomorrow! I hope so! CHASC, The Cat Health and Safety Committee, have been far too cautious and don’t deem it safe for me to go out here! NO idea why, there are trees and sideways trees. I know about staircases! Bridget does her best pulling faces at me through the window, she’s nice, but still no where near as tasty as Jaffa!