Grey skies greeted us this morning, there had been little rain over night and there was next to no breeze. Things from the well deck got stowed in the shower again and we were ready for the off. Roger arrived and walked down to look at the brook. The level had dropped some more and even though there was a flow it looked quite hopeful. So we all gathered and waited for the C&RT chaps to turn up. Everyone chatted away quite happily, pausing whenever a white van came past and looked like it was going to turn onto the track leading to the locks. Eventually at 9.30 the right van showed itself, paused to unlock the barrier and then carried on to meet us. 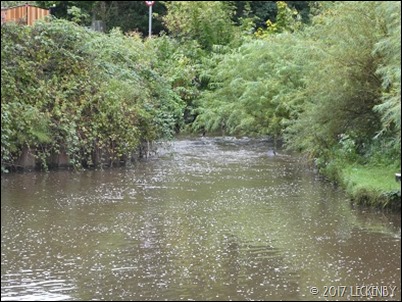 Steve climbed out of the van and knew what we all wanted to hear. Just a shame that he didn’t say it. Harry had done his checks this morning and called, the forecast for later today was a problem so we wouldn’t be going. He also told us that it was unlikely that conditions would be suitable tomorrow, so we were all to pray for better weather on Tuesday.

No-one had booked the crossing today, but by Tuesday there would be a total of two widebeams and eight narrowboats, so there would be six full locks. A busy day on the link. If weather conditions are still bad then we will have another ten days to wait before the tides are right for us to go. Quite an extension to our visit.

Mr Widebeam has lost his tow, so unless he can get his engine working better or find another tow then he won’t be crossing. So he swapped places with Blackbird who backed into the lock. After we’d had what is starting to feel like our usual morning cuppa with Roger we said goodbye to him, then we pushed off to head to the services further down the cut towards Preston. 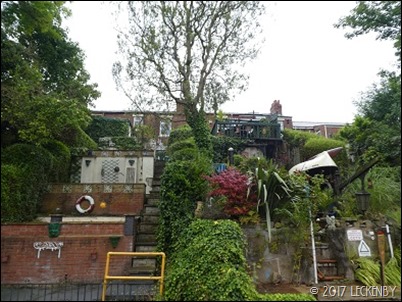 No other traffic on the canal today and we soon arrived at the smart service block to fill with water, empty our yellow water tank and dispose of rubbish. I’d prepared some cruising sausage rolls with the idea to have them hot as we did the crossing, they needed cooking so became non-cruising sausage rolls. To make the most of filling with water I had a shower, but the incredibly poor water pressure meant that filling the tank took a very long time! We carried on to the next winding hole which is just after Ashton Basin with the end of the canal in sight. With no urge to go right to the end Mick started to swing Oleanna round. Almost straight away she reared upwards in the water riding over a submerged something. She came back off again and we managed to get all the way round without any other problems. 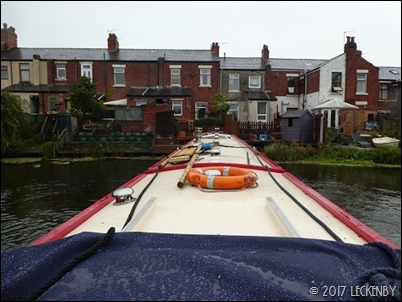 Back at the holding basin we winded and reversed into the lock next to Blackbird. This would free up space for other boats that might arrive and mean that we can lock down as soon as Harry says we can. Of course should we not be able to cross on Tuesday then we’ll vacate the lock. 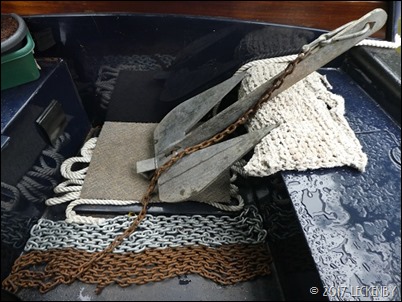 Plans on exploring  Preston docks were rejected in the end due to it being very wet every now and again. We have pottered for the afternoon, I’ve mastered the magic loop technique and ripped up a lot of fabric to make bags with. For much of the afternoon the conditions here didn’t seem too bad, would we have made the crossing safely? But Harry had spoken and he knows his stuff, by 4.15 the wind and rain had joined forces and became horizontal. Glad we weren’t out in that!