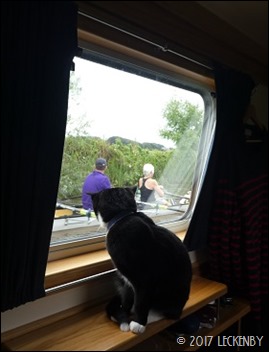 As we had breakfast this morning our peace was disturbed  by rowers oars scraping along the side of Oleanna. The canal isn’t wide here, but we were still avoidable. When the third boat in succession did this Mick started to bang on the hatch window, we are allowed to mark our freshly painted gunnels, not them! More boats kept coming but we found that standing watching from the hatch and saying a cheery ‘Morning’ kept them away. Tilly really didn’t know what to make of them, with her ears flattened she followed them past from her vantage point.

We called for Bridget and Storm and headed to catch the 755 bus, we’d checked the times this morning so didn’t have a long wait. The front seat upstairs was free so we grabbed it, much to the dismay of young Finley at a later stop. We were headed for them there hills and Kendal. 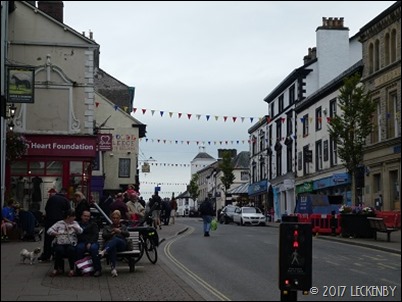 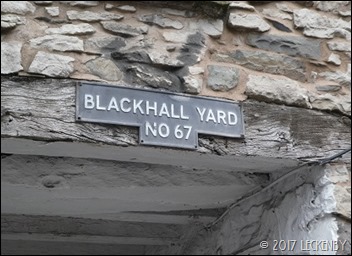 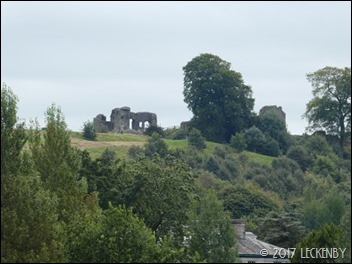 None of us had ever really visited Kendal in the past, I’d once been sent on a mission to find some amber coals for a show in Bowness, but hadn’t had time to explore as we did today. The town was much bigger than we’d expected. A market town which originally traded in wool, the town motto being ‘Pannus mihi panis’, meaning ‘wool is my bread’. The town prospered with the trade of wool, cloth being produced on hand looms in peoples homes, similar to silk in Macclesfield. 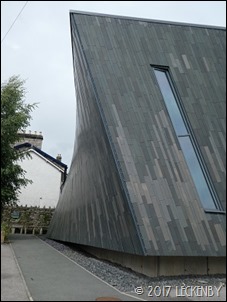 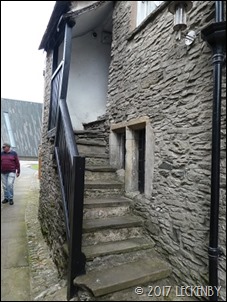 Kendal is famous for a few other things, it has a strong link to the footwear industry, K-shoes was based here until the factory closed in 2003. But of course the most famous export from the town is Kendal Mint Cake, a must in your rucksack for walkers and mountaineers.

But today we were here to find the Canal Head. We could have walked from Tewtifield, but 14 miles seemed a little excessive. So we hunted it out for ourselves using a canal guide, OS maps and google maps. 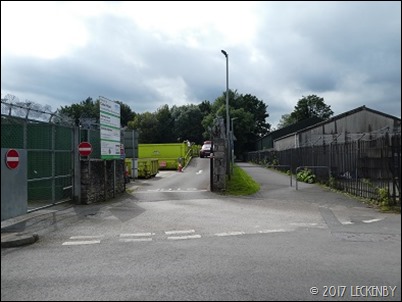 A recycling centre now stands where the end of the canal once was. On the other side of a cycle path you can see stone work that suggests where the canal once finished. It was known as The Black and White Canal due to it’s cargo, coal from Lancashire and limestone from Cumbria. The packet boats also carried passengers from Kendal to Preston, a far more comfortable ride than by stagecoach. 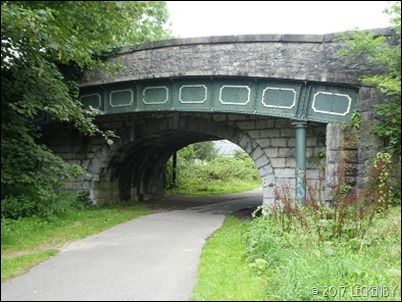 We followed the path heading southwards to see the canal bridges spanning tarmac. The first had been widened at some point, most probably to cope with the ever increasing traffic over it. Patches of what had been the cut were being left by the local school to see what plants would grow and what wildlife would be attracted. Crossing over a road the path continued passing a large depot for electrical works. Huge bobbins of cable sat at arms length form us, just how much copper was behind the razor wire? 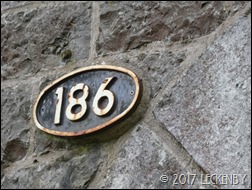 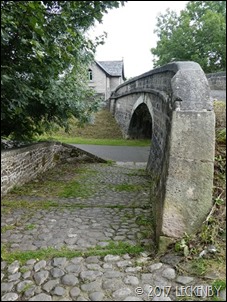 The next bridge built in 1819 was a roving bridge changing the towpath from one side to the other. This is the only roving bridge in Cumbria and was restored and reopened in 2002. It has pleasing curves but is still not a patch on the Macc bridges. The canal route south of here continued as a wide path for both pedestrians and bikes. Hopefully one day the canal will reopen, there is a lot of work to be done, but not as much as we’d thought. Suspect it won’t be in our lifetime though. 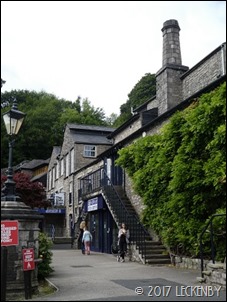 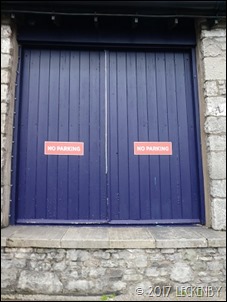 We headed back into Kendal looking for a cafe for a bite to eat and a sit down. At The Brewery Arts Centre there was music in the gardens and the bar was open, but sadly no food available. Several of my shows have toured here from Hull Truck over the years, but I’d never been. A walk further up into the town and surprisingly for a bank holiday weekend most places were closed, others were too expensive. 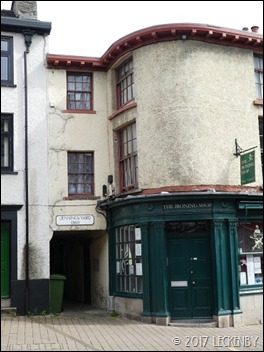 So in the end we opted for a sandwich each at the Shakespeare pub. Here a theatre had been built at the top of the yard, opening in 1829, but despite actors such as Edmund Kean walking it’s boards it closed five years later due to opposition form local Quakers, Presbyterians and Temperance groups. The building was later converted into a chapel. 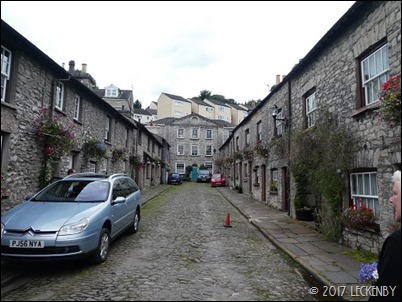 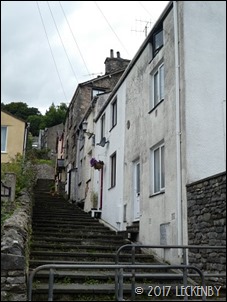 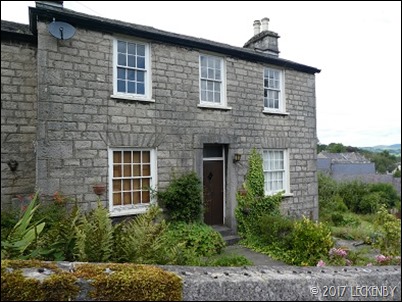 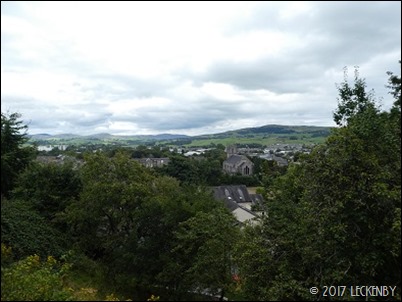 With buses only running every two hours we had quite a bit of time to kill. So went for an explore away from the town centre. Many yards and lanes lead off the main street to flights of steps which took us high up, very reminiscent of the old town in Scarborough. One house part way down some steps would cost £325,000 to buy. It had a large garden but was in need of some updating, however with no road access this will prove costly for someone. The houses clung onto the side of the valley and every now and then a view would open out across the valley. How interesting would a time lapse be from such a vantage point over the last few hundred years. 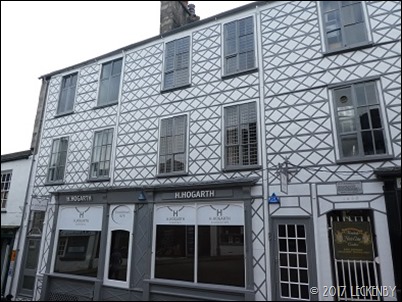 With lots of interesting buildings about the town we were constantly stopping to read about them before we caught the next bus back to Slyne. 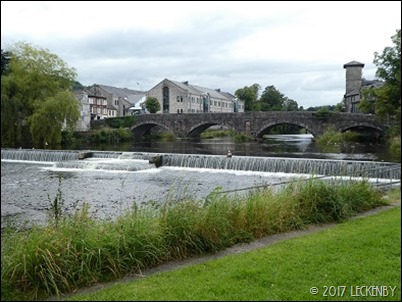 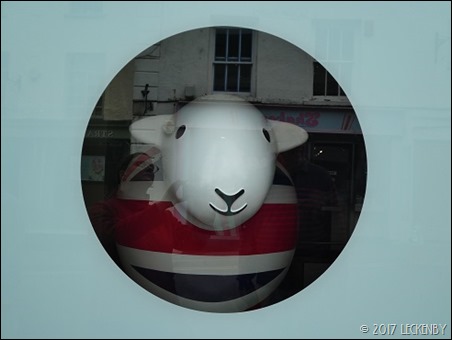