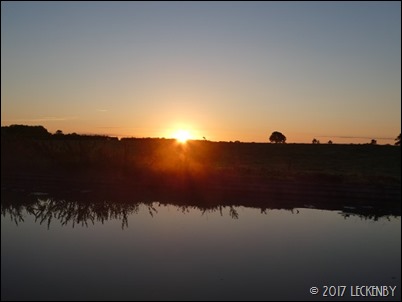 Waking as the sun rises has it’s advantages especially when the side of your boat looks out across the Lancastrian Serengeti Plain. Steam rising off the canal and the field opposite covered in dew, what a beautiful sight.

A slow morning putting things back in their proper places. The shower was emptied of tyre fenders and the hose, plants went back outside and the anchor was stowed as we won’t be needing it for a month. 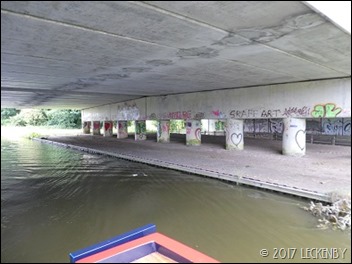 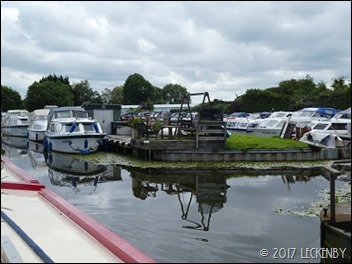 We moved along a few bridges under the M55 where there was a perfect place to paint gunnels. I’d like to get a lick of paint on Oleannas before her covers are fitted, but today wasn’t going to be the day. Most boats up here seem to be cruisers so far, lines of tuperware filling up the moorings. 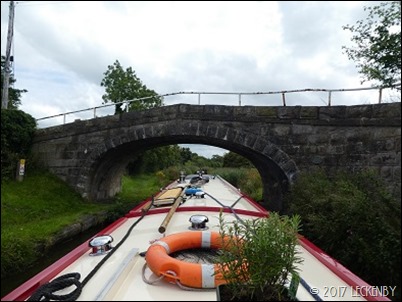 At Catforth Visitor Moorings we managed to get reasonably into the edge, well the bow did and there was space just before the water point for Blackbird. From the village a bus goes into Preston every two hours so after lunch we made use of the service. Storm wanted to check out Preston Bus Station and I wanted to get my phone into an EE shop to be mended. 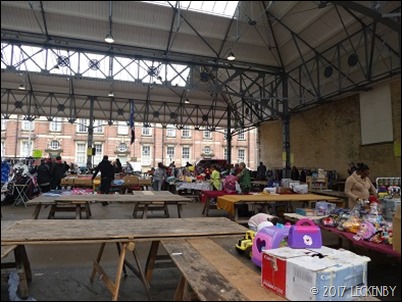 For two thirds of the journey we had the bus to ourselves. Taking about twenty minutes we crossed over the canal twice and the route went by the basin, although we couldn’t see it. Hopping off the bus we headed in different directions, Bridget and Storm towards the bus station and us to Fishergate where the EE shop was. On the way we passed the outdoor market which pulled us in. Most of the stalls were tat but there was one where you could buy a whole box containing 176 matchbox vehicles for £100. The same chap had a box of buses too. 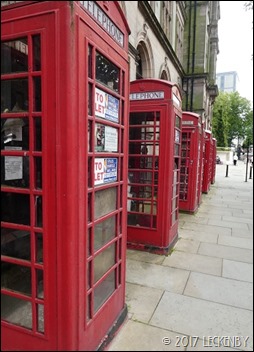 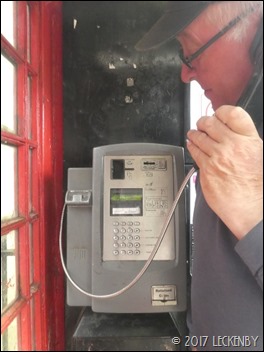 There was a line of K6 phone boxes just up the way. Most had TO LET signs in the windows. Two had been used at some point as they had a lot of electrical boxes fixed to the back walls. The final one actually had a telephone still in it. Of course Mick had to check that it had a ring tone, but at 60p he refrained from making a call. 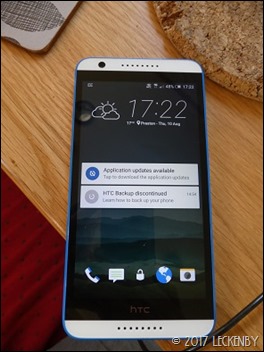 At EE I explained that my phone was being stupid, the lady didn’t even bother trying to charge it, instead she took the Sim card out and filled out a request for it to be mended. My phone may be gone for 14 days, but I have been given a temporary one (Mend and Lend) to keep me going. Before we took it into the Trafford Centre Mick had done a back up to Google, so we should be able to set it up with everything my phone had. Except we have run out of data for the month as we updated our old PC and then Windows 10 decided to do a very big update on our laptop. 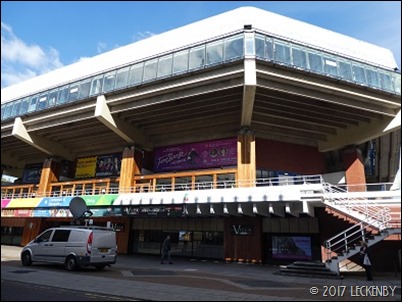 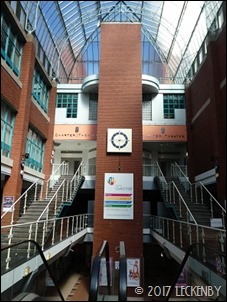 We then had a wander around Preston, taking in the sights. In my days working for Hull Truck we opened two shows at the Charter Theatre which is in the same complex as the Guild Hall. The last time I came the staff were about to be laid off as the venue was closing. Outside everything on the ground and first floors has had a revamp, the concrete having been clad with wood. But above this everything is still the same. The entrance used to be through a dated shopping centre with charity shops, pound shops and a cheap butchers. Now a smart restaurant fronts the arcade and a few smart shops guide you to the escalators taking you up to the theatres. Posters suggested that the Charter Theatre was open again, that’s if it ever closed. I had a nosy around and we returned back to street level from the balcony. 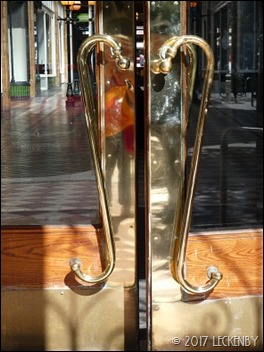 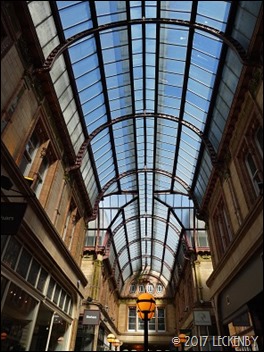 Across the way is a Victorian arcade with it’s smart front doors, tiled floor and glazed atrium. I had never had time to appreciate it when I was working here so it was good to be able to look around. Mick considered buying himself a Tilly hat to replace his ancient baseball cap, but they were far too expensive. 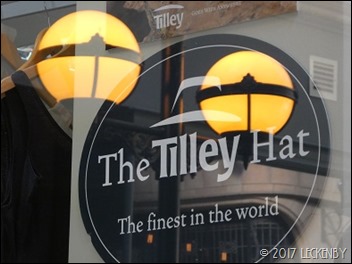 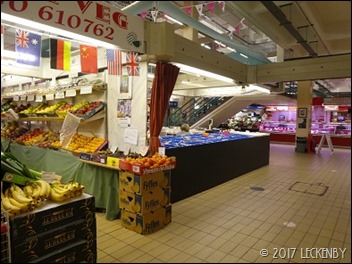 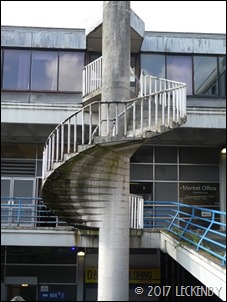 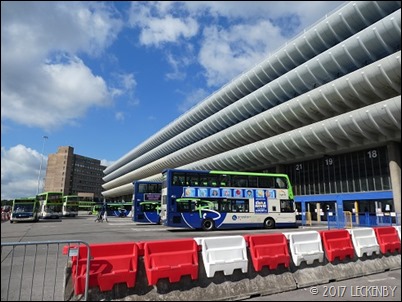 A fruit and veg stall in the indoor market provided us with what we wanted for tea tonight before we walked to the bus station to meet back up with Bridget and Storm.