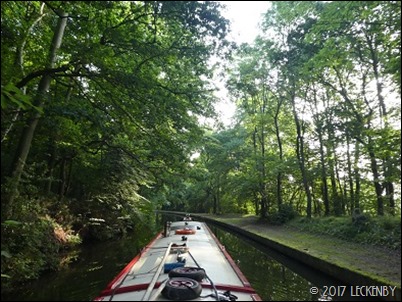 Our mooring last night was just at the start of a military firing range and early evening we could hear grown men shooting at each other. It didn’t continue for long, maybe they all got shoot! Tilly really didn’t want us to move off this morning and was quite surprised that we were both awake and dressed before she’d had chance to have a nap on my toes for the second morning in a row. They’re early starts do however seem to mean that I get to go out all afternoon though, so I’m quite happy to sacrifice my toe warming duties. 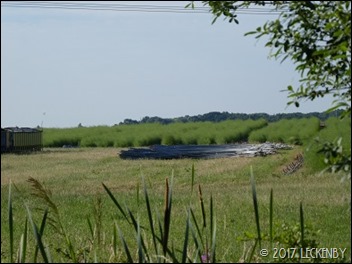 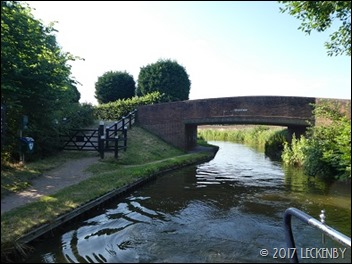 Pushing off at 7am again we hoped that we’d reach Fradley junction before the masses, so that we could turn onto the Trent and Mersey Canal and climb the top two locks of the flight without too much waiting. But progress to the junction was slow going. Passing moored boats before 8am we try to pass as slowly as we can, so as not to disturb anyone asleep. At Whittington the large poly tunnels on the off side have been dismantled, their frames lay in a pile and part of the field looked like it had recently been ploughed, wonder what will be growing there soon. 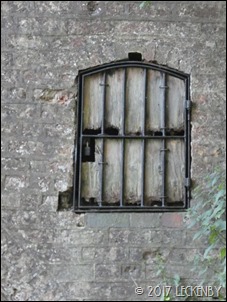 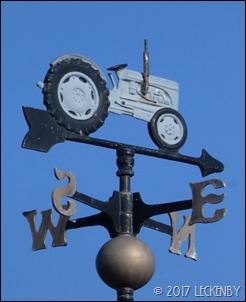 As we approached the junction we decided as it was 10am we’d stop for some breakfast and then fill with water. We picked up a space just before the water points and settled down to our cereal, knowing that any advantage of being up early had already drifted away. Once we were ready for water we joined the queue. One boat finished and pulled out, it’s space instantly being filled by a boat coming through the swing bridge ahead. This didn’t please the lady who was clinging onto her centre rope waiting patiently. But we chatted away the time until another boat moved off meaning we could both nudge up, we laid our hose out showing our intent to be next. 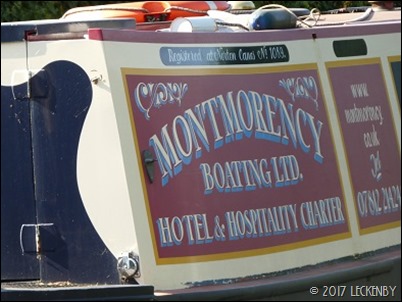 The taps in Fradley are slow, but the boat up ahead didn’t take long so we moved up and started to fill. With breakfast, waiting, water and bins done we’d been there nearly two and a half hours! So the locks were now busy. With another boat passing us the swing bridge was swung open and I went up to close it after we’d come through being the third boat. As each boat turned left another came up from the lock to the right, we’d be the forth in line. 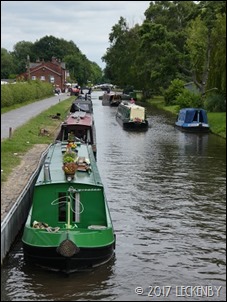 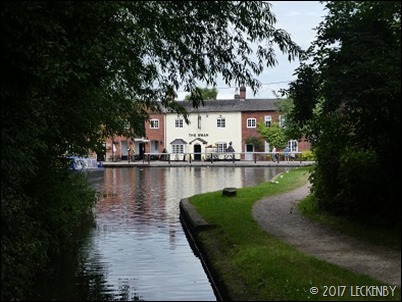 The pound up to Middle Lock has a stretch of permanent moorings on it, which makes waiting for the lock tricksy as only one boat can tie up to wait. As I walked up to the lock I could see the two ladies from the boats ahead of us chatting, I’d expected to see one of them working the lock, but the boat that came from the right had insisted that she had opened the gates for her boat! Her brusque manor and rejection of any assistance had put a couple of noses out of joint. We stood and chatted, waited for the boat ahead to leave and close the gate before all three of us went up to reset the lock. With no-one coming down we worked our boats up in turn, helping the boat ahead and being helped by the one behind. 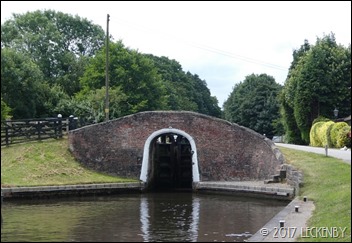 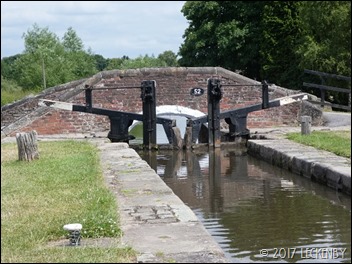 As the boat ahead of us left Shadehouse Lock I could see another approaching so I stood and waited awhile for them. I’m wanting to be able to cruise through the summer, so any water I can help save is worth a wait. Once we were up the lock we pulled into the moorings where there was plenty of space. Here there are trees on both sides of the cut offering us some shade. Tilly was straight out, avoiding the woofers from the next boat, I went straight into the field to find some friends. 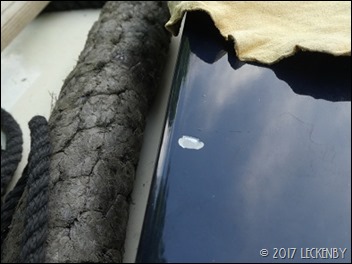 The blue skies have been covered with clouds, which has brought the temperature down. This afternoon I have busied myself doing a bit of touching up to the paintwork on Oleanna. I was going to leave this until we’d done more narrow locks, but this morning Mick managed to put a big dink in the top of the hatch which went right down to the metal. So the blue paint came out and bits were touched in on the hatch and back doors. I then decided to touch up anything blue that has been scraped. So the rubbing strakes both at the bow and stern were rubbed back and touched in. On the day when we got stuck in a low pound on the Grand Union, Oleanna’s bow got caught under a ledge on a bridge hole as the water was rising. This could have ended quite badly, luckily she came free but the ledge left a couple of scrapes on the bow which also got touched in today. 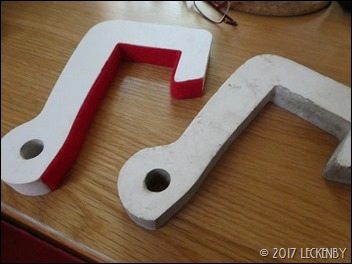 Next job was to glue some felt onto the insides of our fender hooks. These fit very tightly onto our grab rail and I’ve noticed that they are starting to leave small marks on the cabin sides. So with some Uhu and some strips of felt I have covered the insides. They are a bit tighter, but at least the inside edge is now soft.

Mick has connected our router to run directly from the 12 volt supply, which means that it will now work when the inverter is off. Our phones have limited data allowance and latch onto the wifi from the router when it is on. Both of us last month ran out of our allowances as our phones were having to look after themselves first and last thing each day as we turn the inverter off over night. Hopefully this now won’t happen.