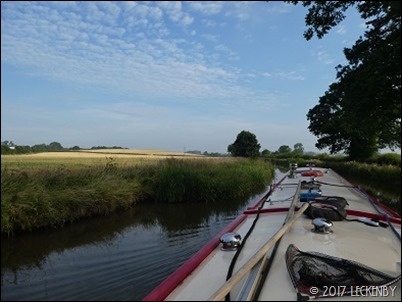 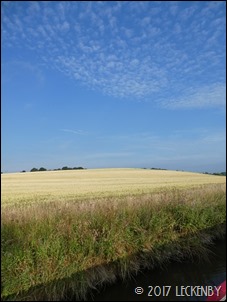 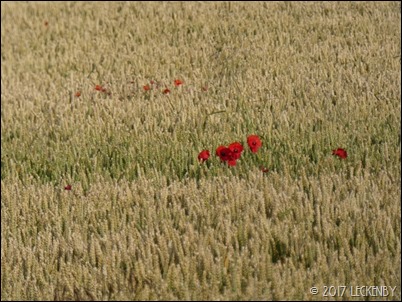 Because the canal has been so busy the last couple of days we decided to set off early this morning. Not quite as early as we did the other week when it was really hot, but for us pushing off just before 7am is early.  The sun was already up and warming the morning up nicely. The blue skies and crops ripening in the fields were so picturesque as we wound our way along towards Polesworth. There were plenty of boats moored up along the way. Soon we realised that we were being caught up by NB Growltiger. They had come down Atherstone yesterday and moored at the bottom. Their cruising speed seemed to be a touch faster than ours so at the first opportunity we pulled over to let them pass. 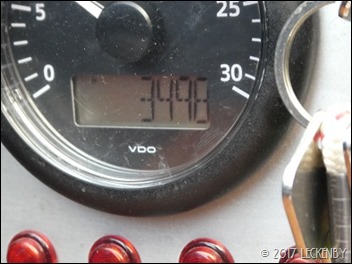 Yesterday Oleanna’s engine hours passed 347 whilst we weren’t looking. This was what Lillian’s hours were when we picked her up from her previous owners, she was six years old, Oleanna is just thirteen weeks old! 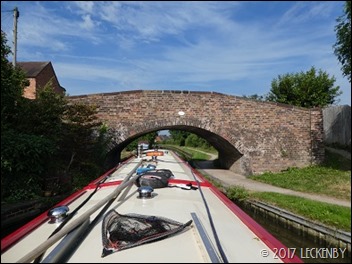 Coming into Tamworth we passed under Bridge Street Bridge and luckily for Tilly we didn’t stop. This is the nearest bridge to the vets where she had her first injections that would enable her to have shore leave. We pulled in at the end of the moorings after the following bridge and had some breakfast, popping to the handy Co-op for a few bits to keep us going until we reach Rugely. By now other boats were starting to show themselves. One sat filling his water tank up which is also the lock landing for Glascote Locks, so this confused people. One boat headed down as another came up the pair of locks, so not long to wait for our turn. Out of the top lock we swapped with another and as we left the bottom lock another boat had just arrived ready to go up. I suspect when the chap finished filling his water tank a queue would start to form behind him to come down. 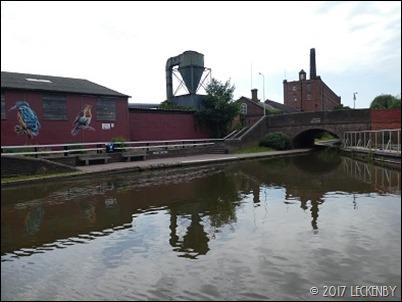 Fazeley Junction was quiet, not many boats moored up.We turned right towards Fradley and the North.  The services here have changed a bit since C&RT left the offices which are now rented out. There is water and an elsan, there used to be rubbish too. But the bin store is now cut off to boaters. Maybe they should remove the bin symbol from the wall, no matter how many bits of A4 you put up, stubborn boaters will ignore them so long as they have an excuse to!
It was starting to get hot now and we wanted to be able to stop in some shade. We had an idea where we might find some so continued for a few miles more. Every now and then a conversation is started on the stern of our boat that makes no sense to one of us. Today Mick said, “Look, two wood kettles in that tree”. “Wood kettles?” “Yes wood kettles, two of them” “Are you sure, wood kettles?” “YES!” He can get quite indignant at times. “Two Wood Peckers in that tree!” Wood kettles would be rather stupid as they’d burn before the water boiled! Years ago he miss heard me and from that point onwards a high up member of staff at the SJT became known as The Midwife. 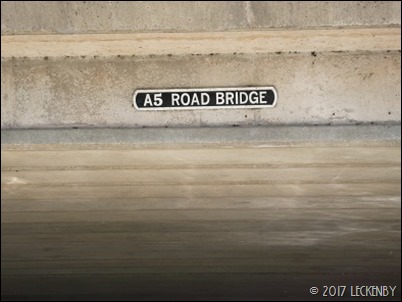 We pootled through Hopwas and pulled up just after the Visitor moorings where there is tree cover on both sides, but before the army shooting range starts properly. For most of the afternoon we’ve been in shade which has been a relief as it is still really quite warm. So far we’ve not had any thunder storms that had been forecast for today. So I’ve cleaned the starboard side windows and the well deck, this gets dirty rather quickly. I was hoping to be able to gradually soak off some remnants of masking tape where the bow had a respray. The paper top comes off but the glue is left, I’m going to see if some Acetone  will help, trying it out on the inside of a locker lid in case it affects the paint.
Mick has spent sometime updating our old kitchen computer whilst listening to the test match. Three years of updates will take some time and some data allowance. Tilly has occasionally been seen, I’m being busy! Halfway up a tree, Busy busy! pouncing on friends Busy Busy Busy! She comes home every now and again for a drink and to check on us.