Rowdyke Bridge to Hungerfield Bridge 35
The wonderful peace of our mooring was shattered at bang on 7.30am. A mass of workmen busied themselves at the new marina behind the hedge. We still managed to stay in bed and finish the Saturday newspaper with a cup of tea. Boats started moving off and more passed us before we got going ourselves. 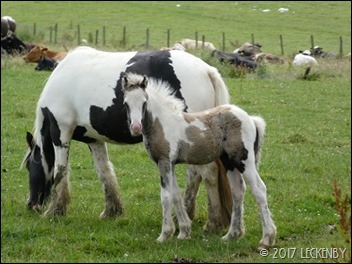 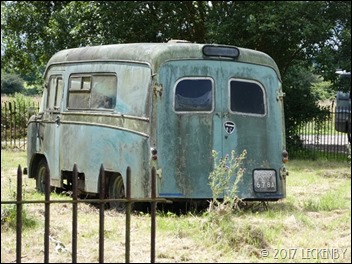 Passing the Barby Straight moorings the tree house looked like the tree had started to fight back. The ambulance still stands in the same spot that it’s been since 2009 when we first cruised this stretch on a hire boat. What a wonderful place to moor though with a garden alongside your mooring and a great view across the countryside.
Not much further on we caught up with a Sea Otter that was crawling along. He waved us and a following boat past and hoped that his problem was only going to be something around his prop. The canal is very narrow in parts due to growth on the off side, Mick did his best to avoid getting too close to branches, just hope the starboard side is still okay. 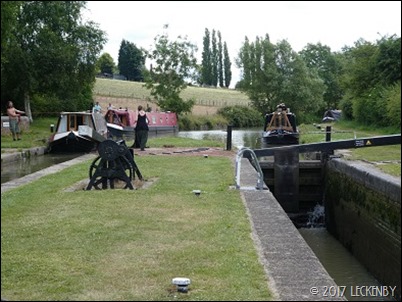 As we arrived at the top of Hillmorton locks there was another boat just pulling in, so three of us to go down. Hillmorton is made up of three paired narrow locks. The boat ahead was already setting their lock when we pulled up,we waited for one boat to come up before we started our descent. By the time the first lock was empty a lady had joined me from Duke and Duchess Hotel boats who had just arrived. The other lock was reset for the boat behind us, everyone now was going down on mass. 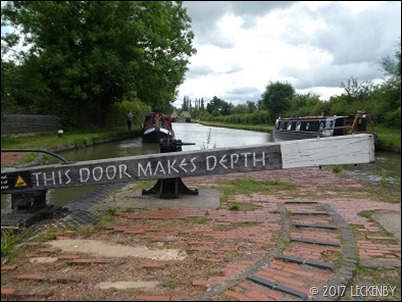 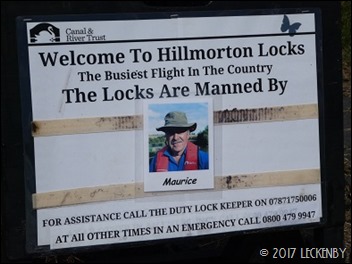 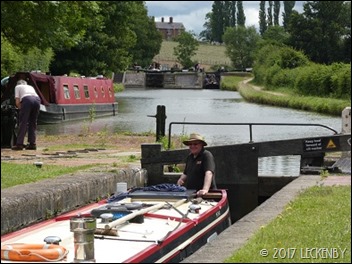 Arriving at the second lock I went down to check no-one was coming. As I walked back to the top gates I glanced across at the boat in the lock along side. The crew were chatting,  checking that the lady could manage the paddle gear, but neither of them had noticed that their bow was over the top of the bottom gates and there was a chance that their front fender would catch as the boat went down. I shouted over to the chap at the helm to go backwards, at first he said ‘Oh Hello!’. The lady soon cottoned on and shouted back to him too, with both of us gesturing he got the gist. Luckily only one paddle was working on the lock so there was plenty of time to correct the boats position. They were grateful as they’ve only had the boat for ten days and are on a steep learning curve.
The lockie was busy at the bottom lock repainting bits and bobs. He still found time to open gates and lift paddles to keep the boats moving between brush strokes. These are the busiest locks on the network, so i suppose we were lucky that there wasn’t a queue, hate to think what it was like over the weekend! 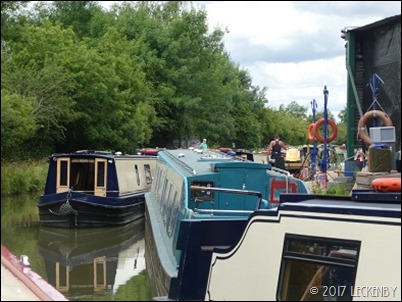 From here on we are on the flat all the way to Hawkesbury Junction, 15miles, where a stop lock drops us onto the Coventry Canal. The Oxford Canal being mostly a contour canal has many bends. The narrowness, offside growth and bends means that meeting boats at bridges can be tricky. At Clifton Wharf there is a bend, a bridge and hire boats moored two deep. We could only just see a chap stood at the back of his boat already passing the hire fleet,a blast of reverse and Mick managed to tuck us in with the hire fleet so that he could pass us. 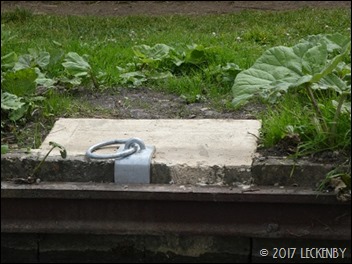 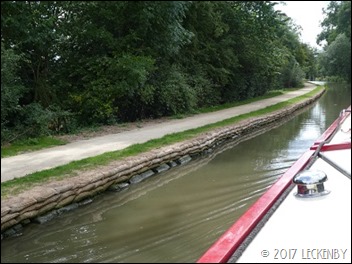 On the approach to Rugby I spotted some new looking rings before the water point, we pulled in on the end rings not wanting to carry on in case there was no more space. The lady from the boat behind had been worried that all the moorings would be gone when they arrived, however as we found when we walked down to Tesco there was plenty of space up ahead and they had got the closest mooring to go shopping. 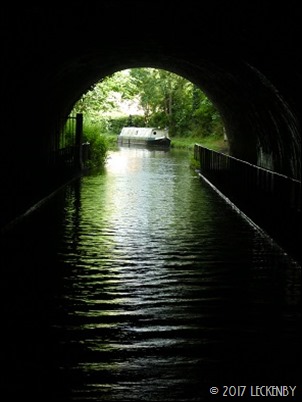 Stocked up again we pushed on, through Newbold Tunnel where none of the lights work now. Once past Brinklow Marina we started to look for somewhere to pull in. Much of this stretch of canal has slopping sides which makes it hard to get into the side. Being quite deep and straight sided below the water means that Oleanna can’t necessarily get in where others can. We succeeded on our third attempt shortly before the canal is joined by a road along side it. I was still allowed out and wow what a place! A field of growing stuff, plenty of friend cover, a fence to climb which was holding back the trees. My hour and a half soon turned into three hours, woops! 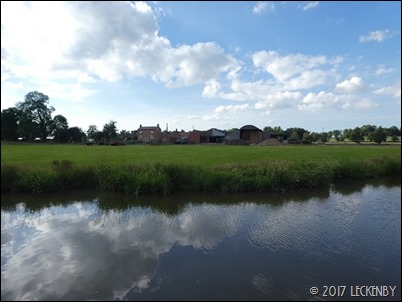