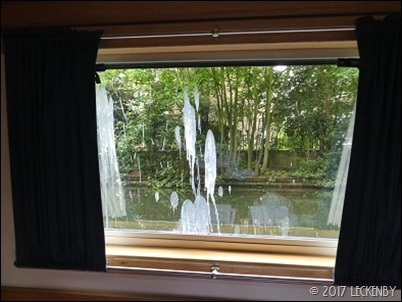 Just what is it with birds down here!? Maybe our paint scheme gives them a dicky tummy. We just seem to be in the firing line!

Tilly has coped very well with being cooped up inside Oleanna for the last eight days. She would ask to go out, but after being refused a couple of times she would resign herself to another boring day without friends and just sleep. So as soon as one of us was dressed this morning the back doors were opened and left open for her to be able to come and go as she liked. There was a time limit suggested, but this wasn’t necessary. 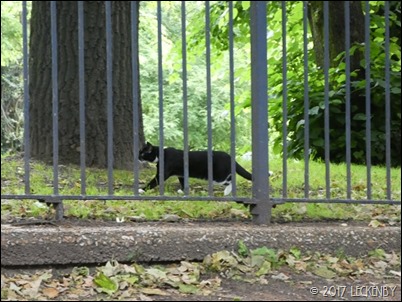 The doors were opened and just sat there, open! None of the usual mouse being thrown back into the cabin for me to get distracted by (I really don’t know why I keep falling for that one!). Tom just opened the doors and stepped aside. Wow! Those trees looked better than they had done yesterday through the windows. They needed climbing and all that grass needed checking for friends and then sampling. There was just one problem, well far more than one really. Bicycles!!! 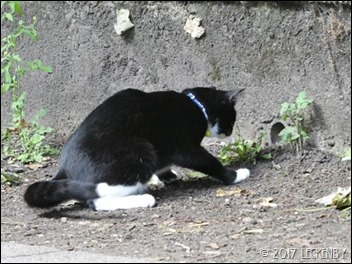 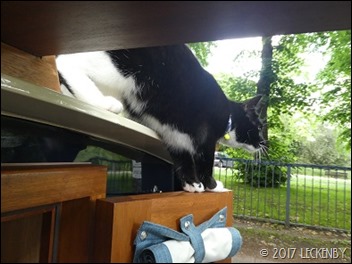 I hate them and they just didn’t stop coming for me. So I spent quite a bit of time on the cat walk and then decided that the roof might be a better place to spot a suitable gap. Once I’d taken a chance to cross the towpath the grass was sweet and the trees looked like a great challenge. But just a short distance away there were even more bicycles and woofers. One very big gap meant that I could get quite a distance along the towpath to where I thought some friends might just be. Just a shame that I was now surrounded but bicycles on all sides. So I made the most of the trees and watched the bikes go by. 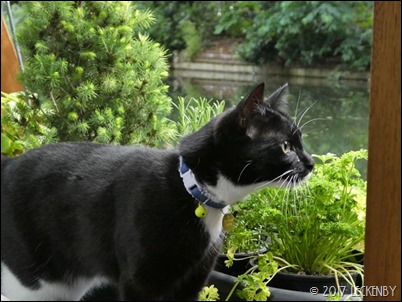 She came and called me home and said I’d have to be quick, so I was, only narrowly avoiding a bicycle hot on my tail. I was glad of the back up. The rest of the day I stayed close to home discovering a new way onto the roof at the front and sitting and keeping her company out in the garden. 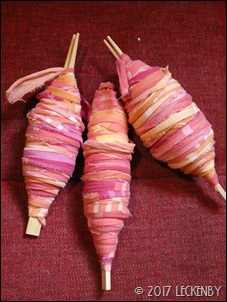 We pottered around for the day, doing a few jobs. I reorganised the front wardrobe, packing away the fat warm coats and making space for our new chairs. I dug out the remains of the duvet cover that I made Tilly’s bed out of last year. Once ripped and twisted into yarn I wound it up, I’m hoping there will be enough to make her a comfy bed that will fit on her shelf.

Later this afternoon we had a tap on the side hatch from Brian from the boat behind. He had been away from his boat for a week and come back today to dead batteries. He was hoping to be able to jump start them, but was short of some jump leads, did we have any? I wonder how many new boats have jump leads, we do. Mick went to see if he could help, there was a boat on the way that had a charger and Brian was hopeful. Mick returned not hopeful, Brian’s batteries were cabbaged and not likely to last long even if he got the engine started. After his friend arrived we could hear an engine, but it wasn’t his. The jump leads were returned and I think he’ll be buying new batteries tomorrow.