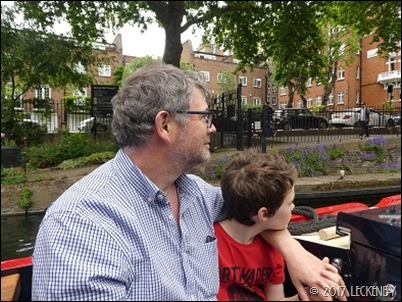 Our seven days in Paddington were up this morning, so it was time for water! A few jobs to do first, the yellow water tank, Tilly’s pooh box and a load of washing put on, yes we still had enough left in the tank. Our crew for the day arrived on time, my brother Andrew and nephew Josh and after the obligatory guided tour we were ready to push off. 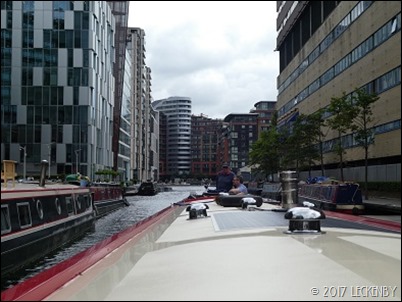 We waved the basin goodbye and pootled up to Little Venice sanitary station to fill the tank. A pause whilst we waited for NB Ouse Dunit to reverse back from doing the same, they were heading back into the basin to see if they could get another space for a few more days! With no-one else on the water point we pulled through the bridge to be greeted by puddles of effluent by the pump out machine. Someone had had a problem this morning! The toilets here were also quite, should I say, continental and I didn’t fancy wading my way to a toilet without a seat and no paper! So we stood at a distance as our tank filled, Josh and I comparing broken limb stories. 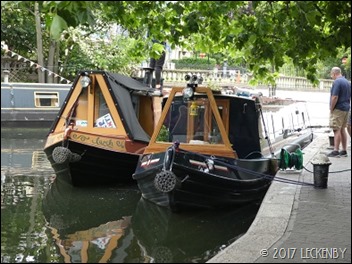 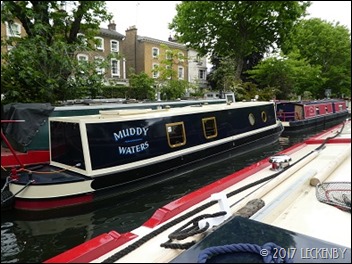 NB Avalon Two arrived and pulled up to wait for water followed by NB Larch who were wanting a pump out! They pulled up alongside us and waited for us to finish before we pulled out from under their ropes and reversed back through the bridge. We winded and turned our way onto the Regents Canal to head east following one of the water buses. As we pootled past the moorings to Maida Hill Tunnel we spotted NB Muddy Waters another Finesse boat on it’s mooring, no-one was home so we couldn’t say hello. 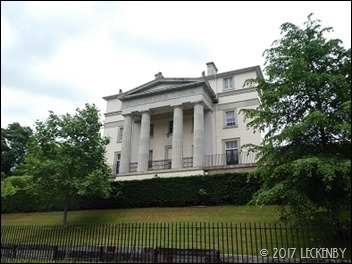 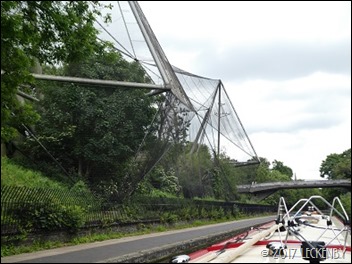 Above the canal sit large imposing houses with pillars and architectural details from the past, however they are only about 20-30 years old and just look they have been made up from airfix kits. There was a boar snuffling around in it’s enclosure at the zoo and in the Snowden Aviary birds were sitting up high to watch the world float by. Andrew and Josh have walked the towpath here out to Josh’s school in Hackney Wick, so they got to see everything at a slower pace today, the moored boats keeping our speed down. 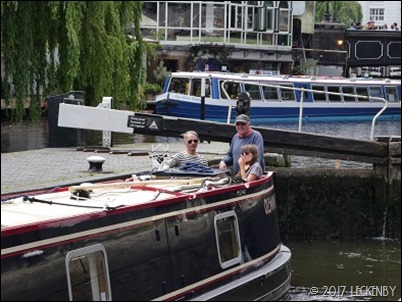 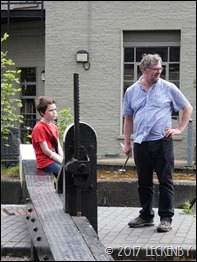 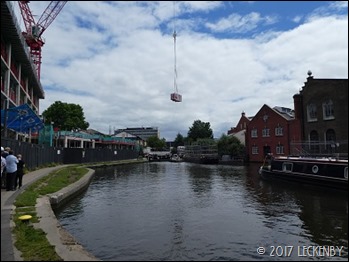 A rendez vous with Christine, Anna and Julian worked perfectly at Camden Lock. Our crew hopped off to work the locks as Anna and Julian climbed aboard Oleanna. Anna used to live on a narrowboat on the Kennet and Avon but had never been through Camden locks on a boat so that had to be rectified. Two chatty volunteers greeted us behind the locked gates at the lock, we were surrounded by gongoozlers, the fence here is very handy for keeping them out of harms way! When we last came through a couple of years ago there were scooter seats along the canal where you could sit and eat your food bought at the market, but they have all long gone and large buildings are going up in their place between the railway and canal. We all had to stop in our tracks as a crane lifted a large load of something from a boat over to the building sight. Once down the three locks we pulled onto the end bollard so that I could give Anna and Julian a whistle stop tour of the inside of Oleanna before they headed off to catch a flight back to Berlin. 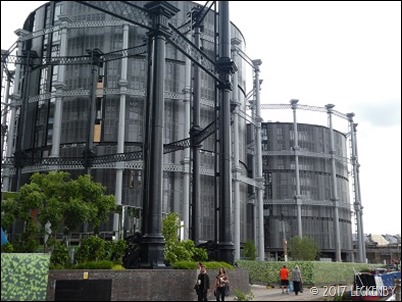 Mick pulled Oleanna in before St Pancras Lock, the works have been completed at the gasometers which look very fine. NB Bleasdale could just be seen glinting away in her fresh paint, moored up amongst friends at the cruising club. The lock landing was occupied and a community widebeam was on the water point blocking our way to the lock. The crew were familiar to us as they’d been two boats away in Paddington for a couple of nights and yesterday we’d been shot with their water pistols (so funny!). They got their act together and pulled into the lock. With plenty of crew on board they had no excuse to leave the gates open when they knew we were following! I found myself shouting after them “You will be closing the gates after you, won’t you!!” 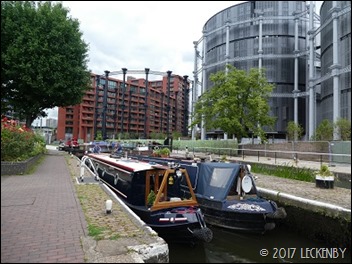 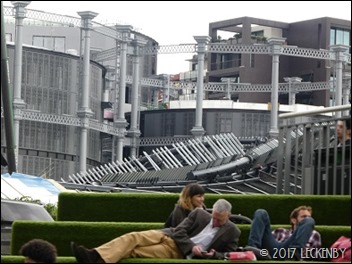 By now we had been caught up by NB Avalon Two who we shared the next four locks with. As the boats approached Islington Tunnel a light could be seen at the far end, so we both loitered. In the end we pulled into the side to wait, which was a perfect time to hand out the warm sausage rolls and a cuppa each to our crew. Then on through the near 1km long tunnel. Strange to think that our route a brick lined 99 year old tunnel has so much going on above it. Offices, shops, tube station all that hustle and bustle and us just pootling along at 3 miles an hour below it. 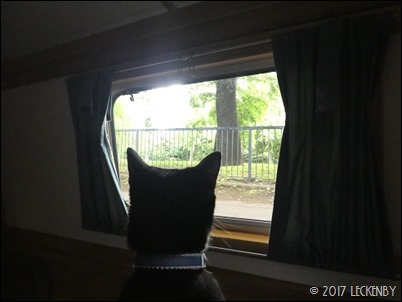 Once down Actons Lock we started to look out for a mooring. We passed a couple of possible places but they were still a bit too far to walk to my brothers and the proximity of a road meant Tilly would still be without shore leave. But when a space big enough for us appeared shortly before Old Ford Lock, we pointed Oleanna’s bow in. She fitted, towpath side, trees, a view into the park, still quite a way to Andrews house, but doable. Our three armed crew headed off to do a bit of work and most importantly do some chopping up for our meal this evening whilst we settled in and treated ourselves to showers. Trees were tantalisingly close, but the doors stayed shut! 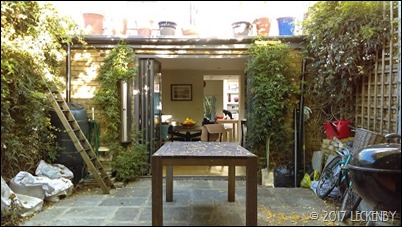 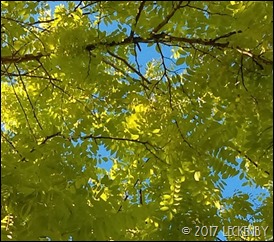 This evening we walked the full length of Victoria Park, avoiding the many many cyclists and runners, to have a meal at my brothers house and catch up on the two birthdays that have occurred this month and see first hand the new tree room they have built in their garden. A lovely evening sitting out between the tree room and house drinking fizz, consuming paella, birthday presents and catching up with Jac whilst their two cats watched on from above.