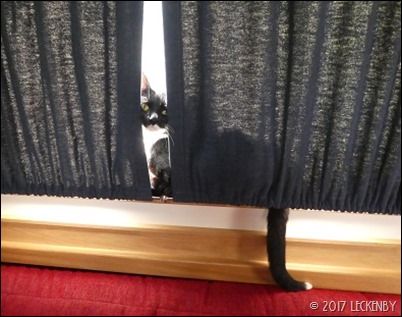 The sun was out and a way of being able to sleep in it needed to be found. This inside has quite deep windows and the curtains assisted me in being able to lie in the sun for an hour or so. I don’t think anyone spotted me there, it was quite comfortable and it may become a favourite spot, like all the others.

Late morning Kath, the last of Mick’s sisters, came to meet Oleanna. She had a full guided tour excluding the engine bay. It’s much easier when there is only one person to show round rather than four, so she got more information about everything. We still are not up to Leckenby standard though. As a hobby my Dad used to design conversions of vans into motor caravans. His guided tours could take hours and as a child I was occasionally sent by my Mum to try to rescue someone after a couple of hours who had shown a small amount of interest, this was extremely hard as Dad was in his stride and very proud of his creation.

We had a bit of a walk around the Paddington Central area. To our surprise a lot of boats had left the basin today and there was space that hadn’t been filled immediately. Kath hasn’t explored this part of London so it was all new to her. After donating my crutches to St Mary’s we walked under Bishop’s Bridge Road where there is an artwork ‘Message from the unseen world’ (United Visual Artists) which is a tribute to the life of Alan Turing, known for his work breaking the enigma machine in WW2. Large panels with LEDs light up using algorithms and displays extracts from a commissioned poem by Nick Drake. Alan Turning was born close to Paddington. 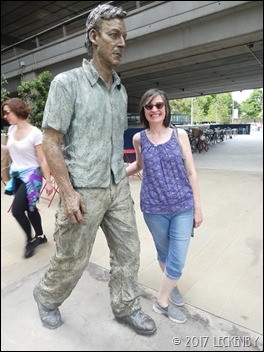 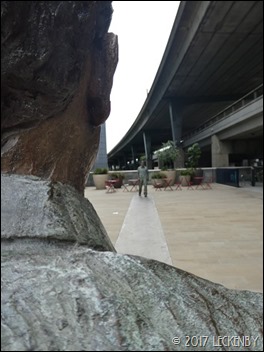 Further on is the sculpture Two Figures by Sean Henry. Affectionately nicknamed Walking Man and Standing Man, the two figures face one another from either end of a concrete path. They are a favourite of mine and if ever I’m walking here I have to say hello to the larger than life men. We carried on walking up into Little Venice were Rembrandt Gardens had one boat moored there. There was a very long queue for the water buses and there seemed to be a queue at the water point under the bridge. So much so that a boat had pulled up in the narrow section and a chap was rushing to the elsan to empty a cassette as quickly as he could before moving on and out of the way. 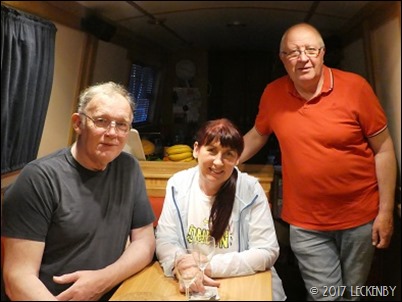 This evening we’ve had a visit from Frank and his ‘friend’ Helen. Frank is now standing out from everyone else as this is his second visit to Oleanna, he likes all the oak. It took a while for them to actually get to the boat, but they arrived after being delayed a couple of times and getting lost around St Mary’s hospital. This brought back reassuringly familiar memories of when I used to work with Frank. But as they arrived with a bottle of wine in hand it was alright. After  Helen had a chance to look around Oleanna and we’d drunk the wine we all headed out to Pizza Express for some food just before they closed the kitchen. 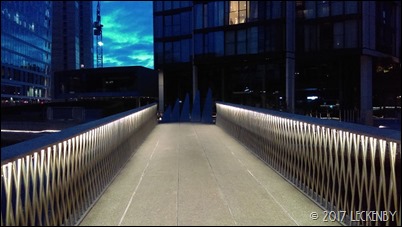