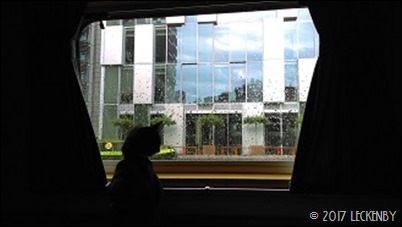 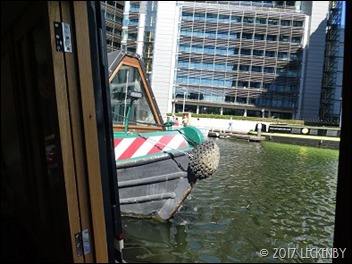 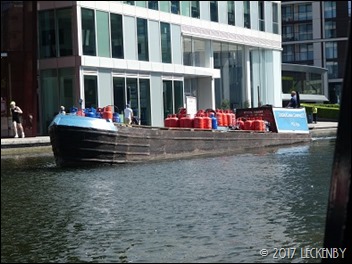 Boats started shuffling round quite early this morning once a rain shower had come over head. NB Four Seasons pulled out from the mooring behind us winded and then left the basin along with a couple of other boats. This then meant that there was space, a bit of jiggling about and NB Ouse Dunit got a space on the pontoons, a small gap had appeared behind us so the boat that had been three abreast moved down and reversed into the space leaving his bow over hanging our stern. More boats arrived some finding spaces big enough for them and others cruising off to try elsewhere. MB Ash came down to wind setting off on the weekend run. The deck was full of gas bottles and a few coal bags. Then the GoBoats started across the way, groups who have hired a self drive boat heading out towards Little Venice and beyond. 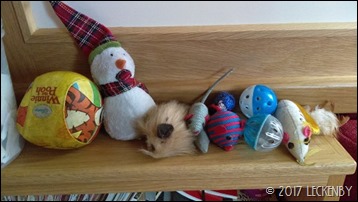 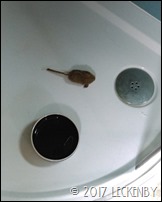 I was required to tidy up my toys again! I hope these visitors appreciate all that I do before they arrive and the sacrifices I am making for them to nosy around the new inside.
At around midday the first of our visitors arrived, Marion and John who were soon followed by Anne and Alasdair. A full boat! Marion and John had a full guided tour, but Anne and Alasdair had to wait, there really are only so many people you can get in one narrowboat galley! A lunch made up from the left overs from last nights meal went down a treat as our guests had travelled from Eastbourne and Helensborough, luckily no one had been flying with British Airways. 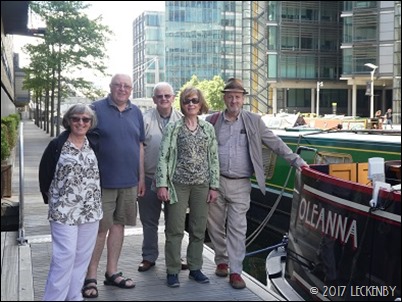 The second guided tour started shortly after Marion and John had left. I’m beginning to wonder how many times I’ve said certain things and whether we shouldn’t dwell quite so long on the composting toilet! Anne is the first guest to use it and she survived. 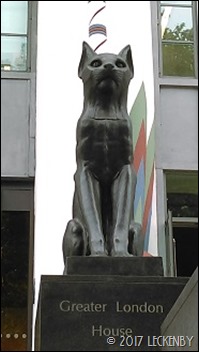 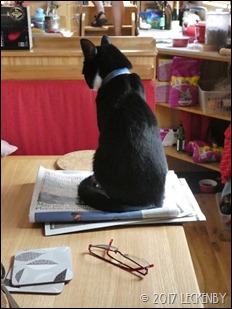 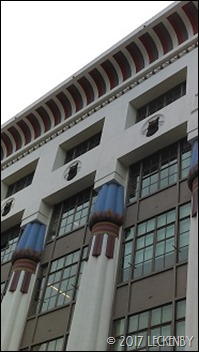 With everyone gone we spruced ourselves up for the evening and headed out to Mornington Crescent for Christine’s pre significant birthday meal bumping into Fran (Mick’s niece) just round the corner from our mooring. On alighting the bus there was time to have a look at the huge deco building  beside the stop. Giant black cats and Egyptian decoration adorned the façade. The only information at hand was that it was Greater London House. Why all the cats? Later on Mick’s nephew Duncan enlightened us as he had worked for Asos who are based there. It was Carreras Cigarette Factory, built in 1926, converted into office space in the 60’s when it lost much of it’s decoration. But in the late 90’s the façade was restored and replica cats were put back outside the entrance. The black cat was on Craven A cigarette packets and the original statues were removed in 1959 and separated, one now at the Basildon works and the other was transported to Jamaica to stand outside the Carreras works there.

The factory was the first to use pre-stressed concrete, have air conditioning and dust extraction. It was opened to a great fanfare, in front of the building the pavements were covered with sand to replicate the deserts of Egypt. There was a procession of members of the cast of Verdi’s opera Aida, actors in Ancient Egyptian costume performed around the “temple” structure, and a chariot race was held on the Hampstead Road. 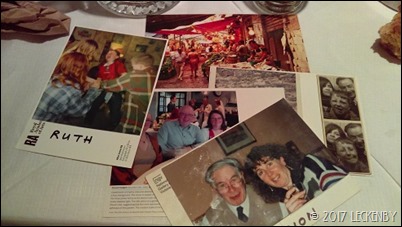 We met up with the rest of the family (minus Tilly, Mick’s great niece and Richard his nephew) and friends of Christine at a Tapas restaurant and took over their basement room drinking wine, eating lots of lovely dishes that just kept appearing and talking lots. Our places were marked out with old photos of each of us. Obviously her siblings, nieces and nephew got the better photos as there was a larger back catalogue to choose from. The evening was rounded off with a couple of drinks in The Lyttelton pub opposite the tube station. Thank you Christine for having such a lovely birthday. 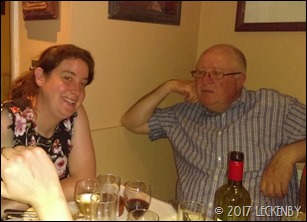 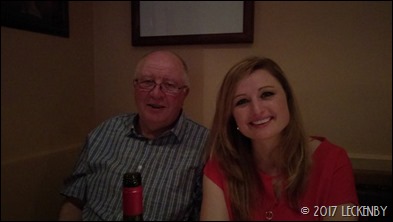 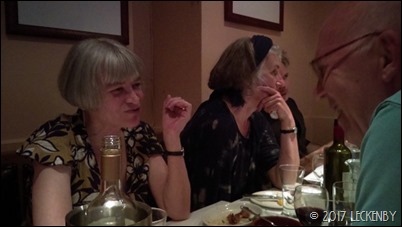 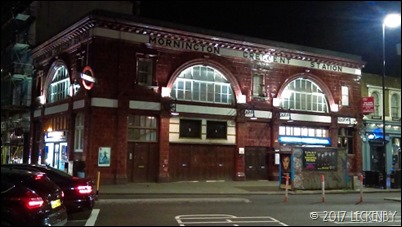