Back into winter woolies this morning, hope my beans have coped with the temperature change.

The stream of passing boats started quite early. We suspected there were a few ABC hire boats due back at Gayton this morning as three passed in quick succession. Then an hour later the stream of hire boats started to head the other way, these were all from the Wyvern hire fleet. 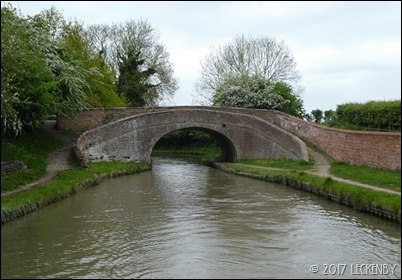 We pootled up to Gayton Junction where we pulled in behind another boat at the water point to top up. Once full we pulled back out and carried on towards Blisworth Tunnel. Blisworth is just short of 3km long and is wide enough to take two narrowboats passing, widebeams have to book and are only allowed through at 8am. The unusual thing with this tunnel is that despite it’s length you can see from one end to the other as it is dead straight. We could just make out the shape of a boat up ahead that we were following. It stayed in view until we reached the halfway point. 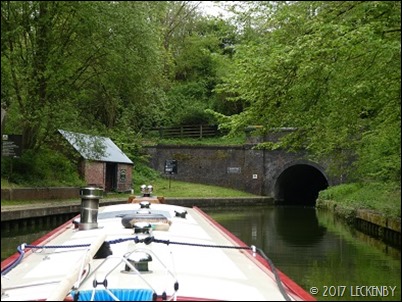 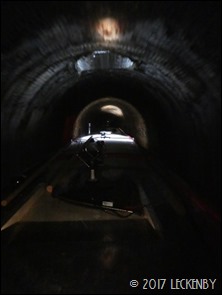 About a kilometre in the tunnel opens out where it was repaired back in the 80’s. The methods that were used here were being tried out for when the channel tunnel was constructed, large concrete hoops make up the construction. This however doesn’t stop water cascading in, luckily we’d remembered it being a wet tunnel and had dressed accordingly. About two thirds of the way through a tunnel light appeared up ahead, gosh it was bright! Had they not adjusted it to point up and slightly to the right? It stayed in view for a few minutes and then was turned out, it was the trip boat from Stoke Bruerne popping it’s bow into the tunnel for a quick look before reversing out again. 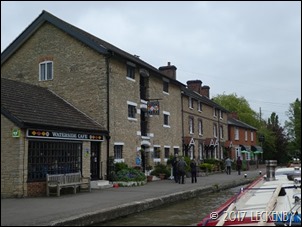 Some warming soup was needed before we could carry on and we decided to do the top two locks and moor in the long pound for the day. Despite it being a grey Monday we still had gongoozlers having their photos taken with us in the background. One chap exclaimed at how well I was doing driving the boat into the lock, “Isn’t she doing well!” Cheers mate!

There was plenty of room in the pound below so we pulled over to moor up, but Oleanna thought otherwise, her bow swung out back into the centre of the cut. Mick hopped off and tried pulling her in, but she wasn’t having it. A nudge along and the stern got stuck. Was it that the centre of the moorings was silted up and too shallow for anyone? Are we sitting too deeply in the water? Would Lillian have had the same problem? Was the pound down? We tried and tried again, but had no luck, she just wasn’t having it. Only one thing for it and that was to carry on down the locks. 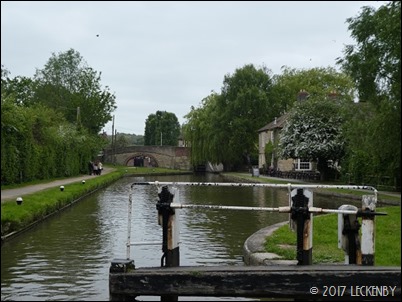 Just as we entered the next gates a boat appeared behind us, NB Grace. Denise and Bob soon arrived in a pincer formation one from each side of the canal. With lock partners again we soon made speedy progress down the flight despite every lock being against us. I headed off ahead and set the lock below leaving Denise and Bob to bring the boats down and open and close gates. This meant there was little time to chat as when they arrived I was heading down to the next lock. 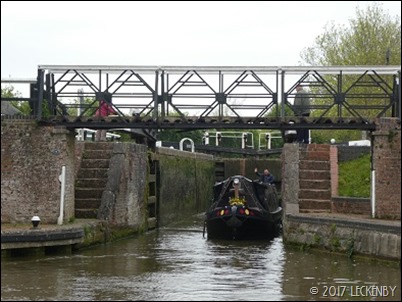 At the bottom we led the way out only to pull in a mile or so later. We waved goodbye as NB Grace passed, their aim was the Barley Mow at Cosgrove tonight. Our paths will cross again this week as they are having a break and have booked into a marina to go sight seeing in Milton Keynes. Hope that water is alright in the marina, when we stayed there a couple of years ago it tasted horrible, even boiling it didn’t work.

What kind of outside is this?! Behind the sideways trees are huge beasts munching and chewing away at it! Then across the way are fluffy white sheeps that I think I’d like to play with, but that would involve a bit of a swim. But the grass tastes good from the cat walk, so I suppose that’s alright.

Mike Todd asked about the soft shackles that we got at Tradline for our centre ropes. 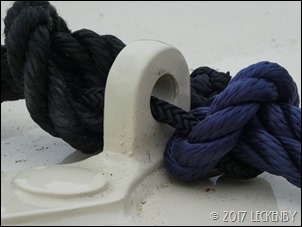 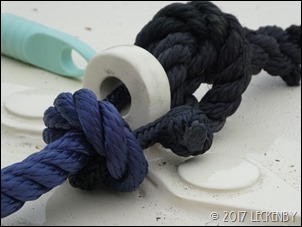 This is one of them in action with our two centre ropes. 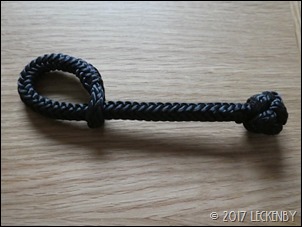 Under strain the loop tightens and cannot come off the end over the knot. 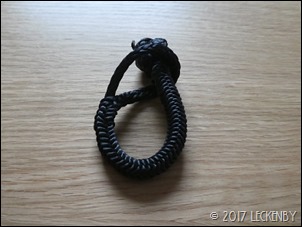 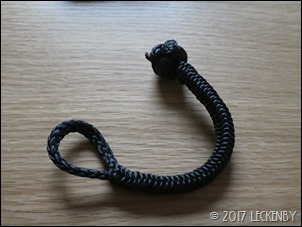 When not under weight you can make the loop bigger, so that it will go over the knot.