Our mooring last night was surrounded by lambs and today we’ve carried on seeing numerous offspring as we cruised. 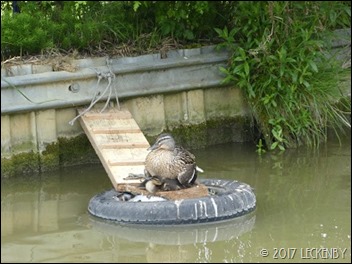 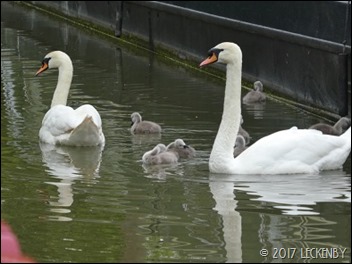 The first goslings and cygnets today along with numerous ducklings. Tilly has been grounded when we have young near by as we don’t want her falling in or encouraging them to play with her! This has meant her playtime tonight has been curtailed somewhat. 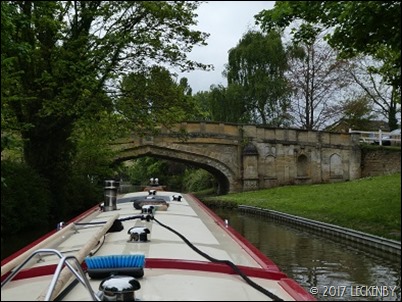 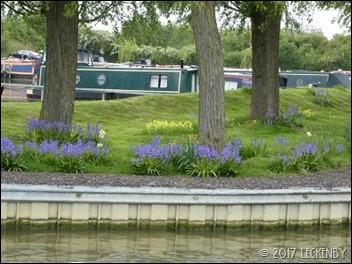 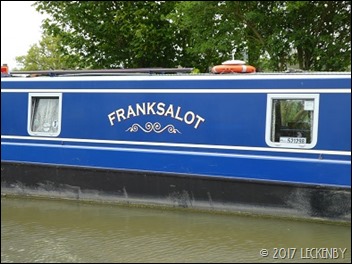 As we were about to pull out this morning a procession of boats appeared around the bend, once two had gone one way and another the other I pushed to bow out and walked up to the stern just as another boat came into view. All of a sudden we seemed to have joined the M25 of the canal world. In a long line we all processed on towards Cosgrove Lock. Here we passed NB Pengalanty the cratch repair boat. Allan has covered quite a distance, for him, since we last saw him in Braunston, we slowed to say hello but there was no sign of anyone on board, anyhow he’d most probably not recognise us without Lillian.

Approaching the lock there was a tail back and the boat in front of us was starting to reverse to let a boat past that had just come up the lock. Ahead two boats were entering the lock, so we pulled in where we could and I hopped off to go and lend a hand. NB Grace had had a lazy morning and were starting to descend. Our paths may cross again when we are all down in London. 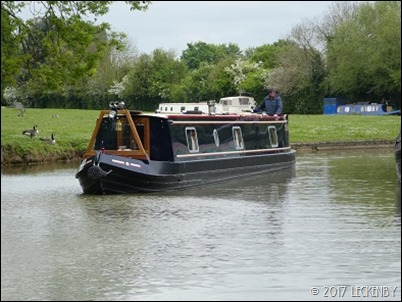 A chap was on the water point below, we checked that he didn’t want the lock, neither did anyone else, so it was refilled for us and the boat ahead. More boats were pulling up behind, really hope not everyone is headed for London! A C&RT lady walked up to the lock and started to chat to the people from the other boat, she was very chatty asking how long they’d had their boat for, where they moored etc. But I could see through this and when there was the next lull in engine and lock noise I could hear her patter that we have heard numerous times up near Nottingham about becoming a friend of the waterways. Leaflets were handed out, but no promises of money from either boat. 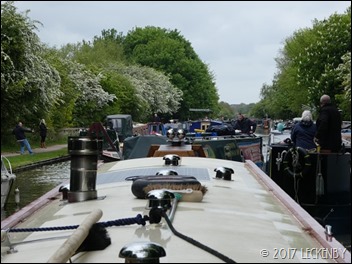 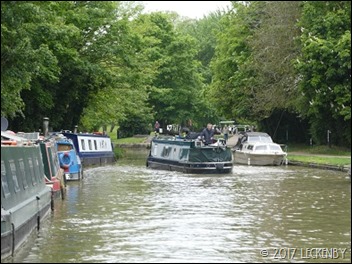 As we opened the gates it was obvious that there were two boats waiting to come up, so both boats started to exit the lock, picking up crew as they went. This is when the chap on the water point decided to reverse back up the cut in front of us and at the same time in front of the oncoming boats! Reversing isn’t that easy and he certainly made it look very hard, in fact he seemed to travel further forward than he did backwards! By now the two boats wanting to ascend had done their best to pull in, one chap clinging onto his centre rope for dear life with his boat asquew across the canal. Coming up behind them was a widebeam and another couple of narrowboats and still the chap tried to reverse. “I don’t want to wind”, he said. To which Mick replied, “Why not!” under his breath.

Eventually, once quite a crowd had gathered we managed to get past him. By now crew from the boats above were getting impatient and I think getting on for 20 boaters were cursing the short reversing boat, he simply wouldn’t get out of the way. If he’d checked that we didn’t want water he should have then stayed put, waited for us to go past, let the next two boats enter the lock. This would have given him a clear 15/20 minutes to reverse and only be in the way of boats approaching the lock. What a Prat! 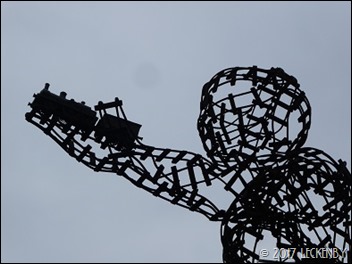 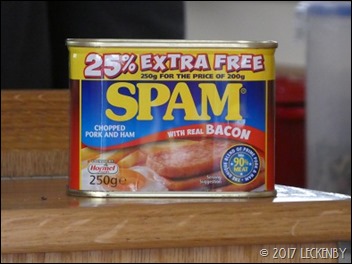 Our food supplies needed some boosting so we pulled up in Wolverton to head to the Tescos there. Once a partial stock up was done (Leighton Buzzard has a much closer Tescos) we set off again, hoping to find a space at Great Linford on the off side. We passed several possible mooring sights but carried on knowing that we would be very lucky indeed if there was space. 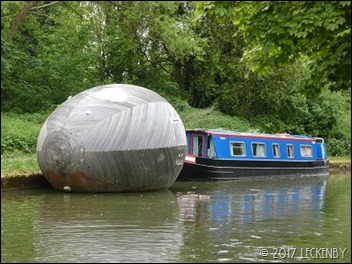 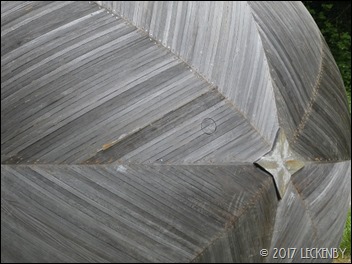 At the bridge before Great Linford we passed the Exbury Egg moored up on the off side. It seems to be THE thing to take a photo of this year, so here are my photos. Stephen Turner is currently touring an exhibition called Everything Comes From The Egg in which he has a range of artworks made whilst he lived and worked in Exbury and Milton Keynes among other places. 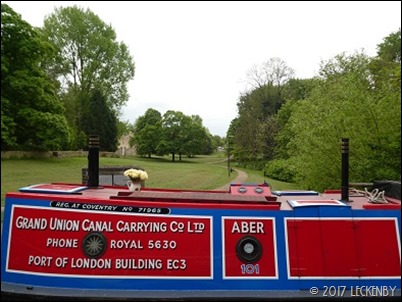 Our luck was in, behind WB Aber there was a space on the 48 hour moorings with the wonderful view of the park. Sadly we were just that bit too long to fit and Oleanna’s bow was going to end up being scratched in a very woody bush, so we pushed over to the other side. The mooring did have reserved mooring signs for the Exbury Egg this week, so we might have got moved on anyway.