There must have been rail works as the trains didn’t start until about midday, so our mooring last night was just fine. We’ll have to get used to the trains as we’ll be accompanied by them for most of the way to London now. 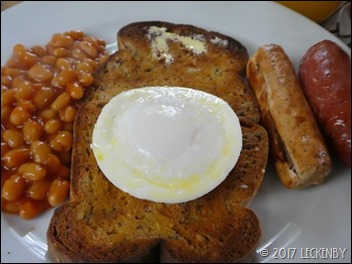 Mick yesterday had of course bought some bangers, it would have been extremely rude not to. So we decided to have a cooked breakfasts of sorts. Mick would like me to point out that it wasn’t up to his usual standards as we didn’t have the usual ingredients. Sadly for me I only allowed myself one banger which had to be accompanied by a quorn sausage, doctors orders! 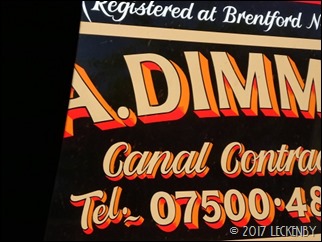 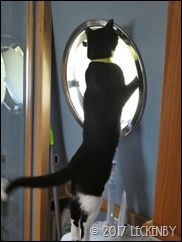 We gradually made our way along the long pound towards Gayton in wonderful sunshine. Unfortunately I had decided to spend the day painting up my illustration down below, so missed much of the sunshine. As I am the official photographer not many photos were taken as I was busy. Up on deck Mick passed numerous moored boats which made our progress slow. Plenty of people were out in the sunshine pootling along.

Stopping for lunch we decided not to aim to do the Stoke Bruerne flight today, the number of gongoozlers was likely to be great, also Blisworth Tunnel could well be busy, so stopping short of Gayton was our new plan. About a mile short of the junction Mick pulled in, just as I was about to finish painting and join him at the stern. 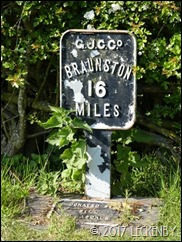 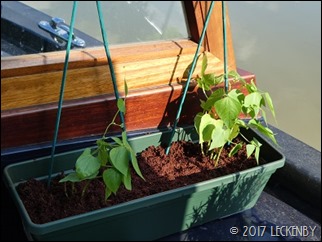 A load of washing was hung on the whirligig and I did a spot of gardening. The bean plants were planted out, at last, and canes were popped into the troughs for them to grow up. I now need another pot for the herbs as I hadn’t wanted to crowd the beans into one. Mick put the new blue ropes on Oleanna. We now have two centre ropes, one blue and new, one black and old. 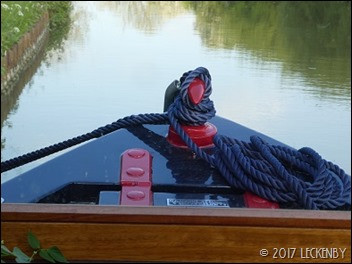 More boats passed us including one that pulled in to pick up a member of their crew who was walking along the towpath dripping wet, they must have fallen in.

Tilly had hours of fun running back and forth making friends and playing. Non of them wanted to come home with her, thank goodness!