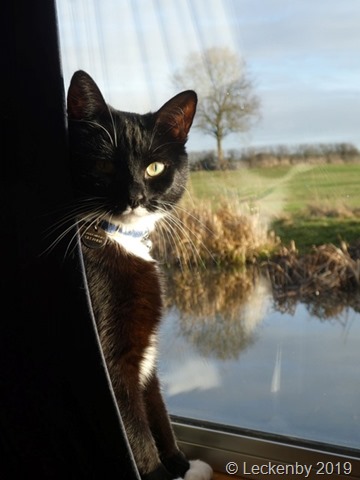 Central heating was needed this morning as it was a touch chilly outside despite it being sunny. A bowl of porridge for breakfast, thermals and padded trousers donned we hoped we’d manage to cruise for a bit longer today before seeking warmth inside. We’d like to try to get through Leicester before the weekend, doable with a few chilly days. 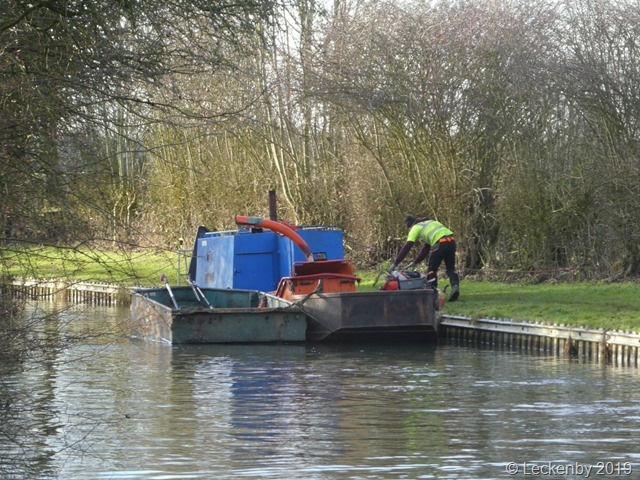 Just through the next bridge a C&RT work boat was being pushed across the cut and a couple of chaps were loading chainsaws and hedge trimmers onto it. From where the boat had been moored on the offside you could see exactly where they had finished work yesterday. As we passed them we knew there would now be overhanging branches etc, good job we didn’t expect to meet anyone coming the other way.

Not far and we came to our first wide lock, not sure when we’ll see our next narrow one, maybe not for a few months and before then we’ll certainly be seeing far bigger locks. It looked like all the locks would be against us today unless we met another boat as the first few were empty. These locks have a tendency for the gates to want to stay open so if the bottom gates were open it was worth cracking a paddle at the top end before even walking down to close them. 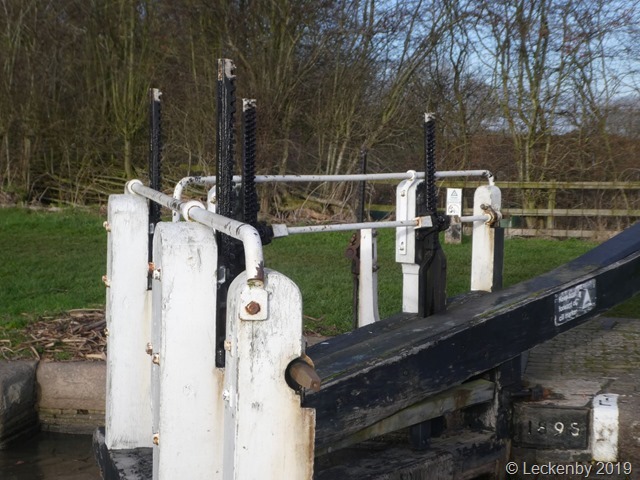 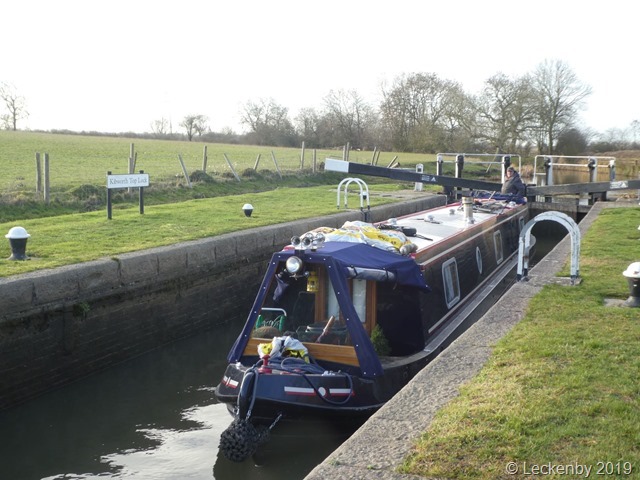 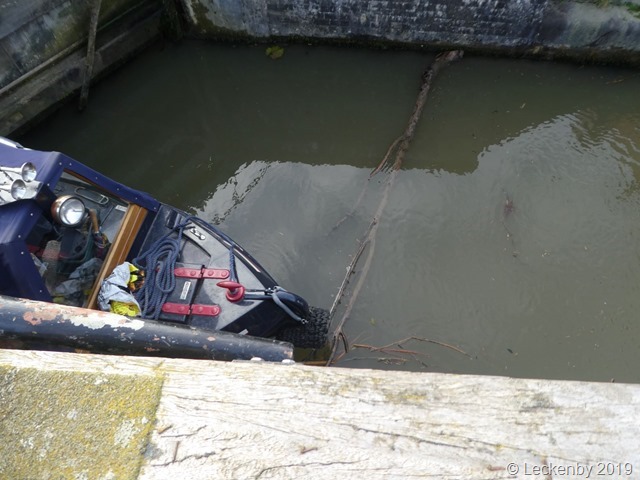 Stood on the back of the boat you were glad to be wearing thermals and several layers. But with the sun out and winding paddles up and down, hoiking gates open and closed I soon started to over heat. There’s plenty of debris about, some meaning gates wouldn’t open fully. Then a tree had a go at stopping our progress, but luckily moved out of the way for us.

Once the first batch of locks were done I went below to put the kettle on for a warming drink. Our insulated mugs came out the back just in time for us to pass Wistow.

We’d wanted to try to moor here last night, but another couple of hours in the cold we’d have been nithered and Tilly would have been non to impressed at not having any shore leave. It is such a wonderful view.

As we approached Newton Top Lock we could see someone in red at the next lock. Were they a dog walker or was there a boat coming? Hopping off I could get a better angle of view and saw the bow of a boat headed in our direction. One of the bottom gates was already open so the lock was ready and waiting for them. Two members of crew were making their way towards me, I suspect as surprised at seeing another boat as we were. It quickly became obvious that they were new to boating. They didn’t understand why I was waiting for them to use the lock and hadn’t reset it, the other clue was the way their boat was trying to double the amount of distance between the two locks in a very impressive zigzag.

We helped them up and chatted away. One of the crew was hoping to move back from Australia, he misses our winters and I think his family and he is considering moving onto a narrowboat. He’d not been on board a hire boat for 25 years and was impressed at all the modern electrics now. Over the summer we’d seen this crinkle cut boat NB Jennifer Ann a lot on the summit pound, we’d not realised it was a hire boat.

Now the locks ahead of us were more or less full. The section between Turnover Lock and Bumblebee Lock was also full. When we headed south after picking Oleanna up we were held up here with a Lockie filling up the pounds. Other times on Lillian I’ve walked between locks as we didn’t think we’d be able to get her into the side as the levels were so low. This section is renowned for low water. None of that today, the bywashes were flowing and excess water spilled over lock gates.

Our aimed mooring for the day came into sight as the sun started to dip behind clouds. Stopping just short of Kilby Bridge meant we’d have a more rural mooring for Tilly. We’re also being treated to quite a pretty coloured sky as the sun sets.