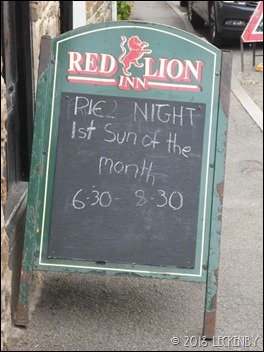 Tonight being the first Sunday of the month meant Pie Night at The Red Lion in Crick. Lizzie had mentioned this a few weeks ago and suggested it shouldn’t be missed. Unfortunately pies made with usual pastry crust have been added to my list of things to avoid. A few days ago I’d asked the pub if they did a gluten free pie. Their response had been quick saying that there was always a gluten free option, usually cottage or fish pie. We decided to book a table even though I’d really hoped there might be a pastry topped pie I could eat. 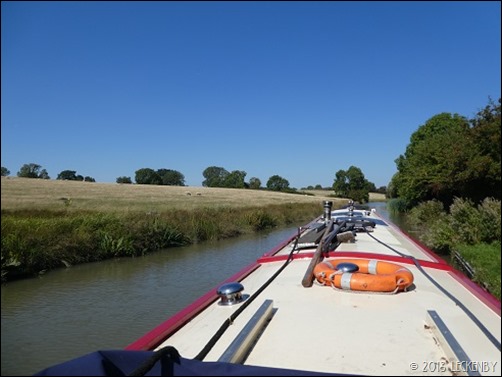 So this morning after some work emails and a phone call with the production manager for panto (I know it’s Sunday, but most days feel the same to me and time is pressing on!) we pushed off. With life jackets and waterproofs we pootled back through Crick tunnel. The canal had been nearly a constant stream of boats all morning, but we obviously chose the right time as we had the tunnel all to ourselves.
We pulled in at the water point to top up our tank and dispose of rubbish, Tilly got a fresh litter tray as a reward for not shouting at us too much in the tunnel (I still didn’t like it!). Leaving the diners at The Moorings we continued through the bridge to find a mooring. NB Blackbird has been moved from the main ABNB pool and now sits between other boats in the first part of the marina. She has a very good view of all that come past, we waved even though nobody was on board.
Our preferred spot was taken but after we tied up the boat moved on, so Mick pulled us along to the very end space of the visitor moorings. Here there is some internet coverage and occasional phone signal, much better than back near the bridge. Tilly was allowed out for the remainder of the afternoon whilst I did some more work before we got ready for our Pies! 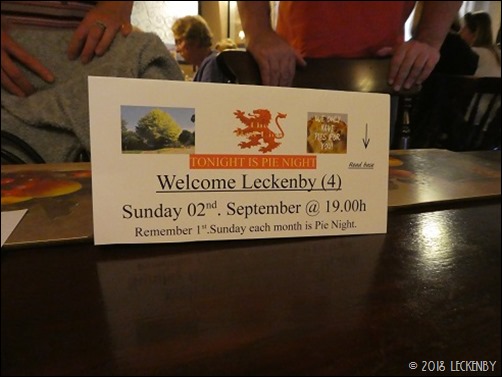 The pub was busy. Pie Night is the only Sunday evening that they serve food and I was very glad I’d booked  table, otherwise we’d have had a long wait and the choice would have been greatly reduced. Lizzie was recognised straight away and was told she should have booked, well she had. Our table sat waiting for us with menus at the ready. A choice of pies was made. But even though it was only just gone 7pm the Beef and Stilton had already gone! Second choices made and we were sorted. 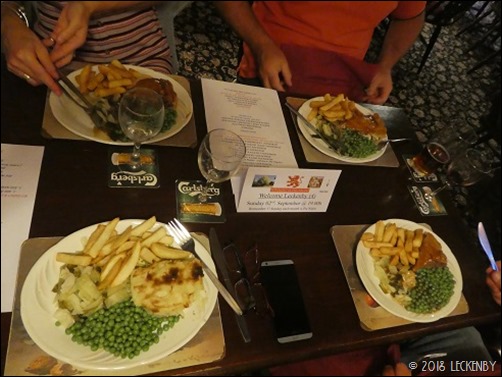 Introducing you to the pies. Top left Lizzies choice Christmas Dinner Pie, top right Gary’s choice Chicken and Mushroom Pie, bottom right Mick’s Corned Beef Pie and bottom left my Fish Pie. All accompanied with peas, cabbage and chips, mine were GF chips (not quite as brown as the others but presumably cooked in oil that was free of any flour). All were very tasty. If they could get enough gluten free eaters to book then I think they might be persuaded into doing a GF pastry pie too. 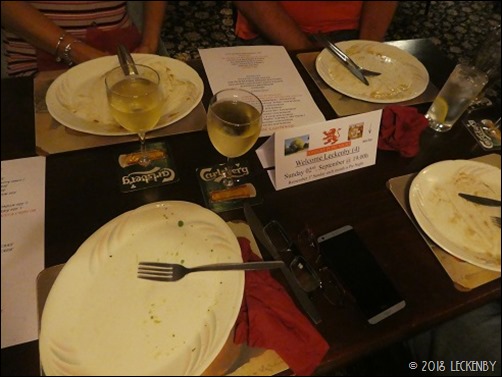 As you can see everyone enjoyed their pies, even if I had a little too much potato on my plate. There was still enough room for puddings, I even had a selection of GF ones to choose from. Much better than when we visited The Moorings the other week. So if you find yourself in Crick on the first Sunday of the month book a table, good pies at sensible prices.