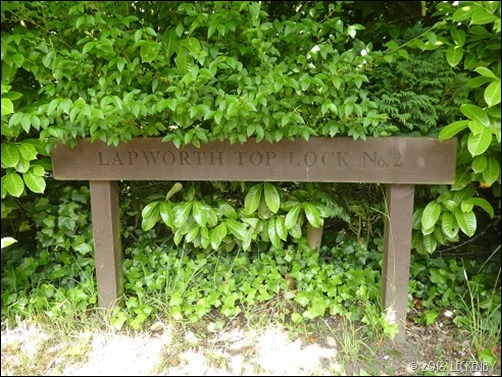 I’ve just checked today and realised that Oleanna yesterday came through her 1000th lock. Water Explorer, a program we use to track our trips, occasionally counts locks twice, very annoying. It also counts flood locks, but we tend to only count locks that alter our height. So it is hard for me to pinpoint exactly which lock was her 1000th, but we have decided that Narnia Lock was most probably the one. 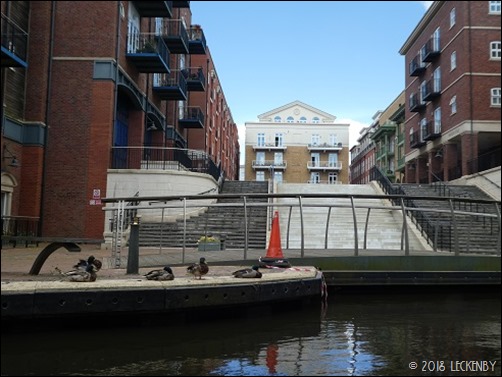 Today was flat going all the way into Birmingham. We’ve done this journey now a few times, so I decided to spend the day sketching out ideas for panto, leaving Mick at the helm. I was available for crewing duties, but whilst we cruised I was to be below.

Working again is going to change our boating way of life for a while. If I was back in the house I’d spend five days out of seven working, unless I was waiting for a director to get back to me. Sometimes I had more than one project on the go, so days off became few until work ran out. Certainly during rehearsals for a show I was more than likely to be working a 10 to 12 hour day, often an hours drive away from home. Our lives have changed since then, we are boaters and I don’t want to be that busy again. So a balance between boating and work needs to be struck, so both can be enjoyed. Yesterday I decided that whilst there is work to be done, I will work three days and then we’ll have a boating day. Weather may affect this along with deadlines. Designing doesn’t just stop when you put a sketch pad and pencil down, yesterday I came up with some ideas whilst walking between locks, today those have been put on paper. I’m hoping that tomorrow there will be more ideas to commit to paper too. 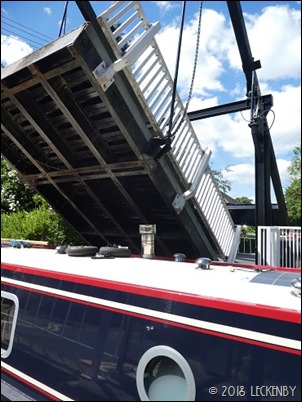 The hatch slid open as we approached Shirley Draw Bridge. Mick slowed Oleanna as we approached, we’d not caught up with a boat that had passed us just before we set off this morning, but there was a boat at the bridge. A hire boat was just coming through towards us, but as the approach is narrow, only one boats width, we couldn’t pass them and take advantage of their key of power in the control pedestal. Cars were waiting anyway, so they did the right thing by dropping the bridge and letting the cars cross again. We swapped positions with them and I hopped off, key of power in hand. It took a while for the constant stream of cars to clear and a lady with a dog to cross before I could turn the key and press the ‘close’ button to set the barriers in motion, but all went as it should. 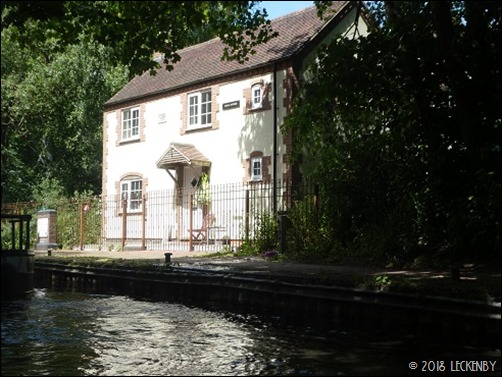 Down below the occasional look up brought with it familiar sights, so I knew when we were passing the house that has been done up through the years by the water point. It has a very original name, Canal Cottage! 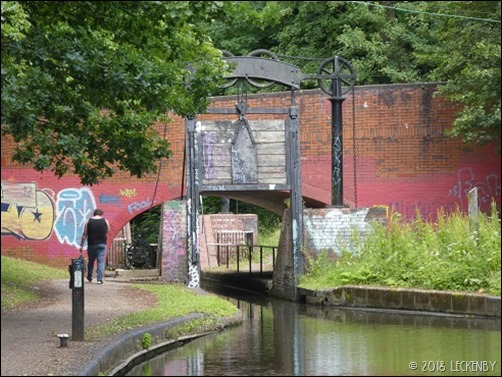 Then as the canal narrowed I realised we were at Lock 1 the Guillotine Lock, an old stop lock before the Stratford Canal joins the Worcester and Birmingham. With a handy stretch of mooring bollards I checked with the helm if it was lunchtime, it was. 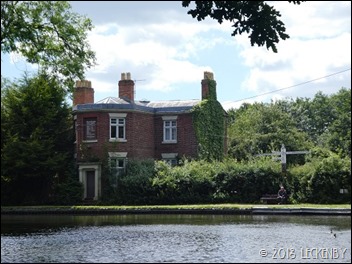 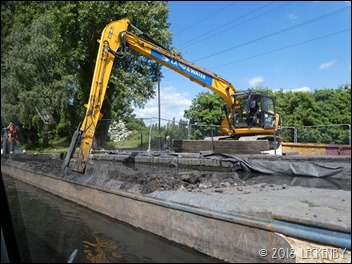 At the junction we turned right to Birmingham. Passing the Bournville offside visitors moorings, I’m glad we didn’t want to stop, the whole length has been taken over by C&RT for dredging purposes. Skip boats and dredgers were dotted up the canal, making our progress slow. One of the skips hadn’t been tied up, so was pulled across the canal after we passed only for the bucket of the dredger to pull it back across.

When we came through Edgbaston Tunnel earlier in the year work was on going to increase the width of the towpath. Today it is all finished and with lights in the tunnel I didn’t even notice we’d passed through. Good job there were lights, as for some reason our tunnel light isn’t working. 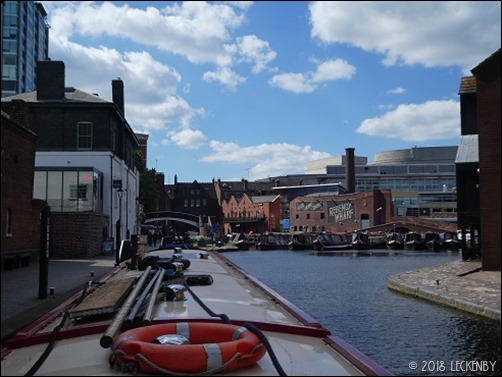 I noticed the boat turning and realised we were by the Mailbox, time to pause what I was doing until we’d moored. There were some places up to Gas Street basin, but we carried on hoping for a space at Cambrian Wharf.  But when we got there there was only one obvious space. Both of us knew it was too short for us, but we tried anyway. A lady came from one boat and said she could lift her stern fender if that would help, a chap came from in front. There was space behind him, but nowhere to tie to. The gap was about two foot too short for us, so we backed out and winded, a boat in the top lock of the Farmers Bridge flight kindly letting us go ahead of them. 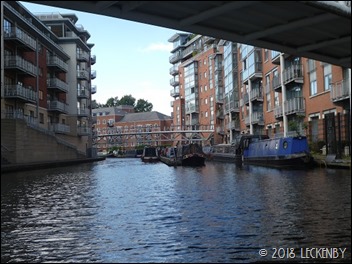 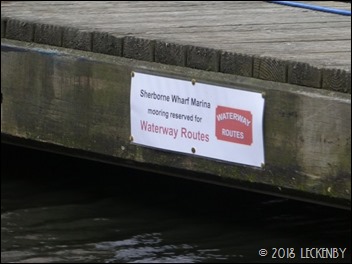 Next we tried round Oozells Street Loop. The first section is visitors moorings, but was full. I could see there were gaps towards Sheepcote Street Bridge, so we hoped one would still be empty for us when we returned. Another space came into view, NB Waterways Routes’ mooring. Paul has recently set off to reach the opening of a new stretch of the Pocklington canal in Yorkshire.

Where Oozells Street Loop joins back onto the Birmingham Main Line it is too acute for most boats to turn right, so we had to carry on towards Monument Road Bridge where you can wind at an old side arm. The gusting wind helped with the start of our wind, but meant using the bow thruster to assist finishing our turn. We headed back towards Sheepcote Bridge. Just a couple of spaces free on the two day moorings, we pulled into the first one as another boat pulled into the other. 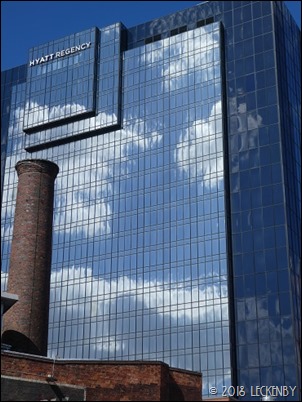 What is this outside! They say I won’t like it, how do they know? They won’t even let me try it to see. There are plenty of people who stop to say hello to me, well that’s when I’m in a window rather than shouting at the back door. Tilly and I may fall out if she keeps up with her shouting. We may have to let her out when the towpath is very busy, she’ll soon understand and go to sleep! 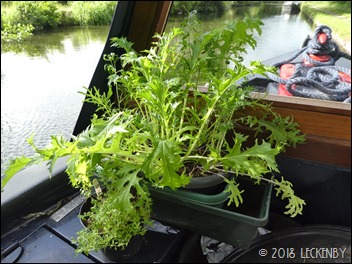 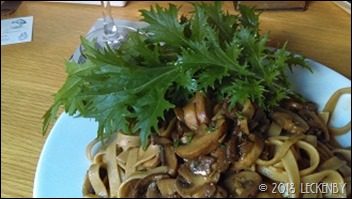