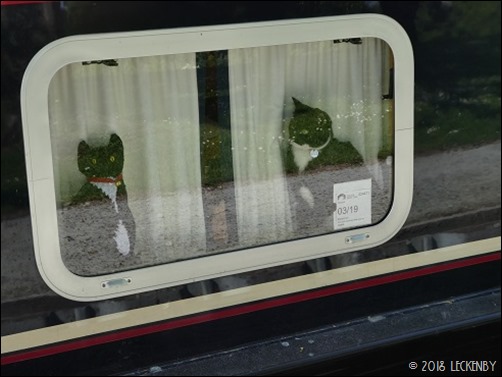 A train day today. Tilly and Tilly Too were left in charge AGAIN! 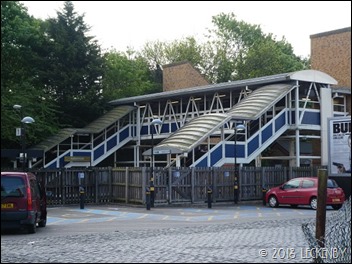 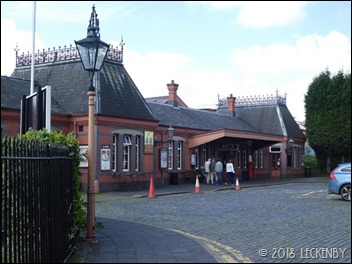 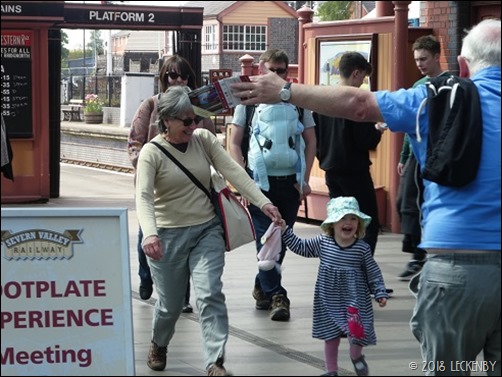 My brother and family were heading home today, but to replace them Duncan (Mick’s nephew) and his family joined us in Kidderminster. Some of us arrived by train from Droitwich and others by car, meeting outside the older station. 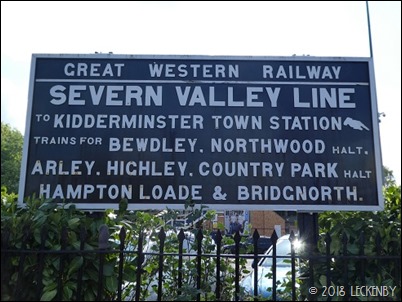 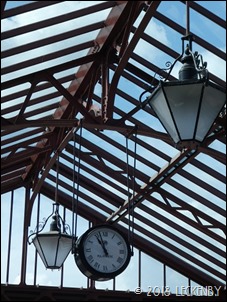 The Severn Valley Line was built between 1858 and 1862. It originally linked Hartlebury to Shrewsbury, passing through Stourport-on-Severn, Bewdley, Bridgnorth, Ironbridge amongst others. 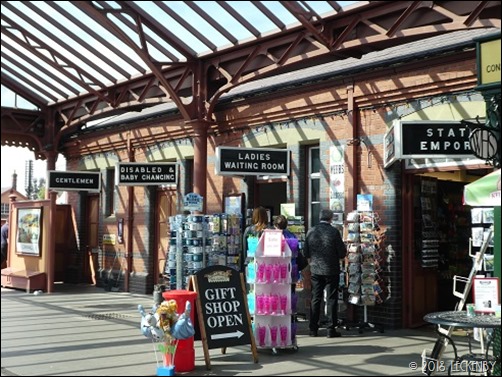 On opening in 1862 the line was run by the West Midland Railway which was absorbed into the Great Western Railway in 1863. In 1878 a link was opened between Bewdley and Kidderminster. The line was never financially successful. Freight, agricultural and coal were the main sources of revenue and after 1948 what passenger traffic there was started to dwindle. Prior to the Beeching cuts the line had already been earmarked for closure and through passenger services were stopped in September 1963 and through freight in November of the same year. The track north of Bridgnorth was dismantled soon afterwards. 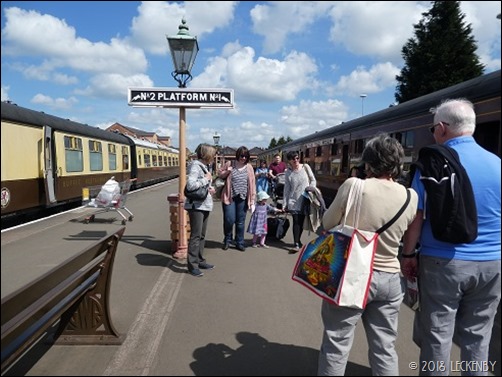 In 1965 the Severn Valley Railway Society was formed wishing to preserve, retain and restore the line from Bridgnorth to Kidderminster. Gradually from 1970 they managed to purchase stretches of the line and finally services started to run the full length of the line from Kidderminster in 1984. Since then new engine sheds, museums, signalling boxes have been opened. 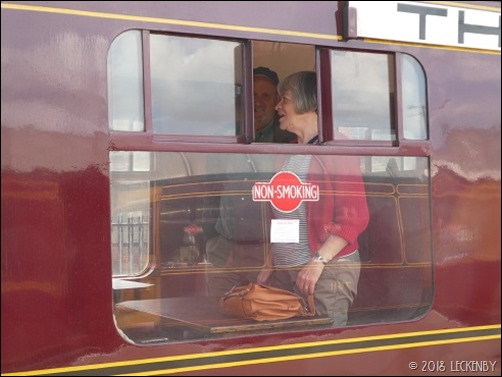 The station is as you would imagine it, full of old suitcases (no wonder there’s a shortage in theatres!), shops selling railway memorabilia, models, all sorts. The advanced party had gone ahead and found our reserved seats and at 11:35am our steam train pulled out from Kidderminster and headed northwards. 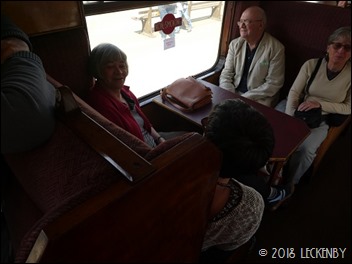 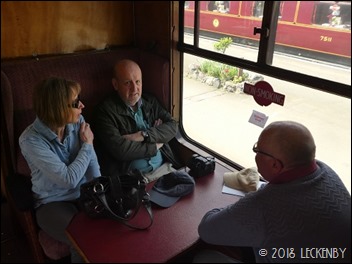 The journey is a slow one taking an hour and ten minutes, but this means you have plenty of time to admire the scenery. 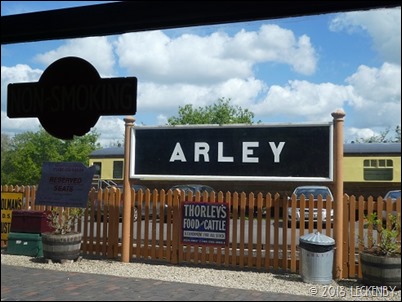 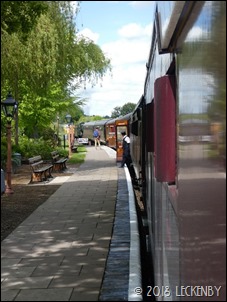 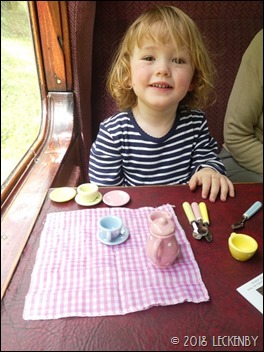 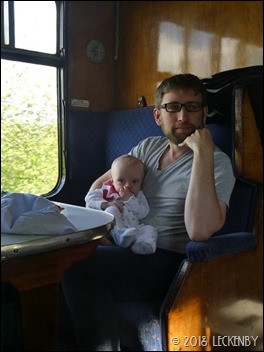 The youngest members of the party weren’t all that interested in the scenery; Thomas being 6 months old spent much of his time having a good stare trying to weigh up what he thought about his family; whilst Tilly made cups of tea for Anne, Kath and myself. The sun was shining, what a beautiful day. 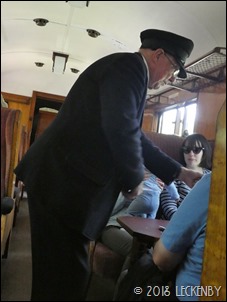 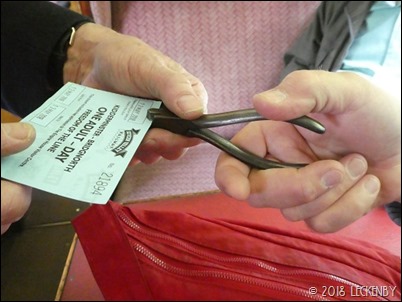 When the ticket inspector came round he made us all sing Happy Birthday to Mick, which was followed by calls for the bumps! The inspector clipped our tickets, but then handed his clipper to Mick so that he could do his own. 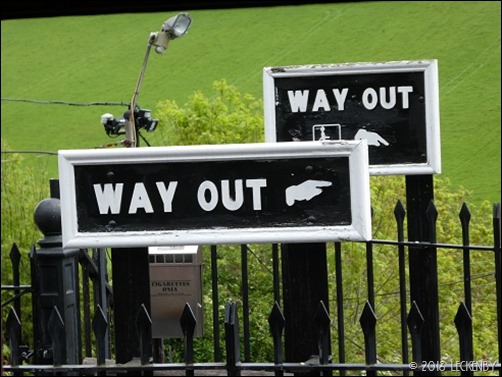 When we reached our destination we headed across the bridge to the hill that continues all the way to the Old Castle Pub for Sunday lunch. Sadly two of our party had to return to the station, the hill being too steep and even sadder there was no taxi available to bring them up the hill to meet us. So egg and chips was enjoyed at the station whilst the rest of us enjoyed the carvery at the top of the hill. 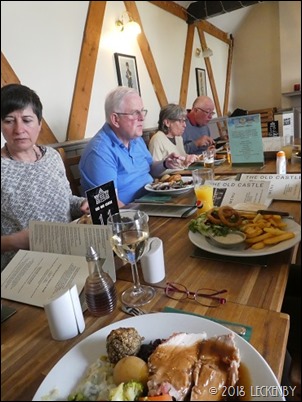 The carvery was tasty, plenty of meat and veg. Those who opted for the three meat version may not need anymore food for the week! The green veg was a touch grey and it was a bit of a shame that the room that was reserved for us was also the way in and out of the kitchen, but the beer was good, we had a big table for us all, food arrived quickly and we all filled our bellies. 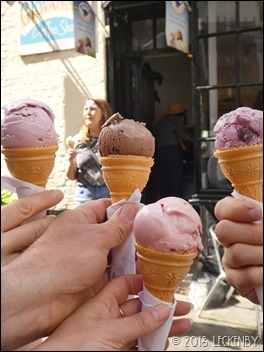 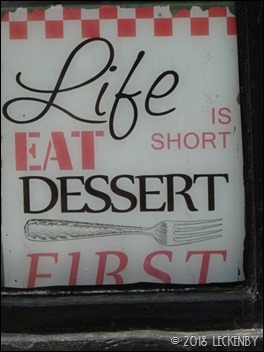 Our party now split up with some heading for an earlier train back to Kidderminster whilst the rest of us wanted pudding. It was a good job we’d done a recky a few weeks ago as some chilled medication was called for rather than a pub pudding, we knew exactly where to go. 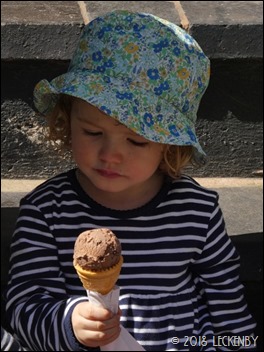 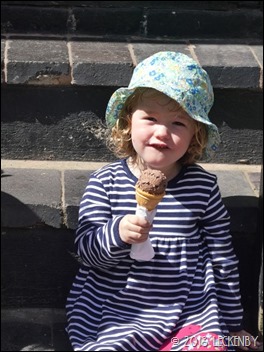 It took Tilly no time at all to decide what flavour she wanted, where as the rest of us ummed about it for a while. Sitting down to eat ice cream is a good idea when you are three so we loitered as it was consumed. 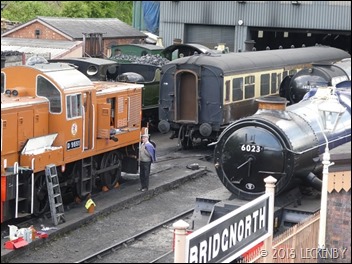 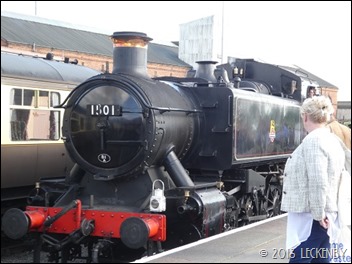 Then back to the station to look at the trains and engines before our train arrived for the return journey.

Sam, Duncan, Tilly and Thomas were next to leave us. Then Kath got on a train to head back to London, leaving only four to walk back to Oleanna, let the cat out and have a much needed cup of tea. 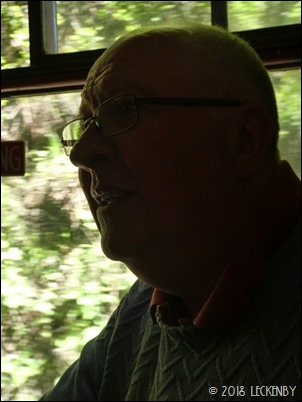 It has been a lovely weekend with our family around us, catching up with everyone and at last getting to meet the newest member Thomas. Thank you all for coming. Now I have to think about what to do on Mick’s actual birthday next week!