Waking naturally without an alarm clock has a lot to be said for it, except when you want to get stuff done! We didn’t sleep in that late but the sun had certainly been up for a while when we opened our eye lids. No time for tea in bed today, I needed to get the fretan washed off the gunnel and any excess water wiped off so that it could dry whilst we had breakfast, then I could apply a touch up coat of black. I foolishly hoped I’d be able to get the other side done today too! 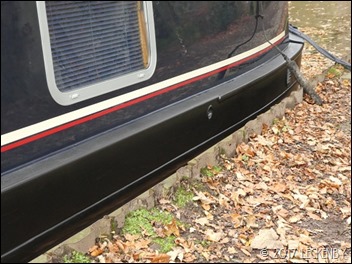 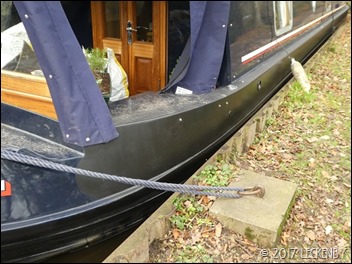 A bit of blue was needed on the edge of the bow too where some had chipped away. I started off with the multiforte, applying it where needed with a brush and then rolling over it with a dry roller. Only doing a short section at a time I realised that if I gave the roller a bit of umph then I could give the whole side a thin coat at the same time. I was only meant to be patching up the big scrapes where rust had started, but this would look much neater. It took a little bit longer, but nowhere near as long as a full proper coat. As I got near to the stern Mick prepared Oleanna to cruise and clicked start on the trip computer.

Three quarters of a mile to the winding hole where we turned and headed back. Originally we’d thought of returning to the mere but with storm Caroline heading our way we didn’t want to be surrounded by the masses of trees, so we carried on back to the junction and pulled in opposite the service block. Tilly could come and go, although the gusts of wind made her stick close to the boat, whilst I sanded down, washed and fertanned the gunnel. Hopefully there will be a lull in the weather tomorrow and I’ll get chance to touch up the paint before snow arrives. 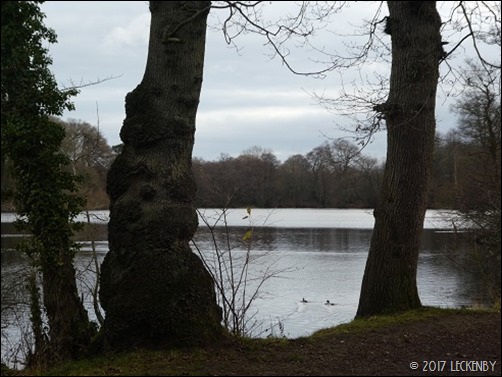 Over the last few months I’ve done my best not to mention about our battery situation, or lack of it, hoping not to jinx the arrival of the third one at Finesse. To recap, October 2016 we decided to fork out and go for Lithium ion batteries for Oleanna. A big initial outlay but the batteries would hopefully out last our boating years/decades. The battery tray in the engine bay was built to house two 24volt 50amp hour batteries with room for a third battery should we feel that the extra capacity was needed. Two batteries were ordered.

One arrived, this was used to test systems, even though it felt lonely in the engine bay. The second one took it’s time. The company seemed to have stopped manufacturing 24 volt batteries, but first there was one in America, then Germany. Luckily we didn’t hold our breath as by March we would have keeled over when it still hadn’t arrived! In the end the company promised that a battery was being made for us and would be flown over from the States. This then turned into quite a wait but the suppliers gave us on loan two 12 volt 100 amp hour lead acid batteries so that we could move on board whilst we waited.

Early on we decided that having a third lithium battery would make sense. The second battery must have arrived June/July time. Because we’d opted for a third Finesse kept hold of the first two to wait for the third one to arrive, so that they all could be fitted at the same time. As expected the battery took longer to arrive than we’d all been told and arrived at the end of October. We had a celebratory drink when we heard, only a year late!

Finesse put the batteries on charge to level them all out before bringing them out to fit. We were all looking forward to the end of the battery fiasco and we could at last class Oleanna as complete.

The original battery wouldn’t charge and was doing a very good impression of a block of useless nothingness! He’d called the supplier who said they’d collect it and do a reset, this all sounded like it wouldn’t take long. The battery was collected from Sheffield in the first week of November. Ricky and Chris have chased it up several times, but had no luck, until today. The company has tried to reset the battery twice to no avail. So a new one has been ordered. They say it will be in Sheffield the first week in January……………………we’ll see. 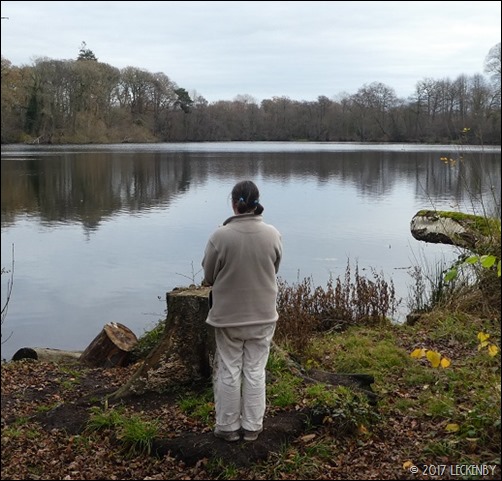