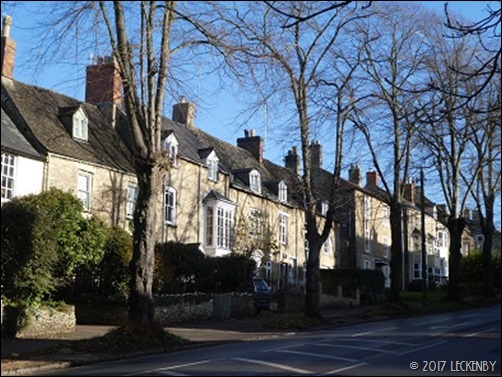 Normally when you’ve been for a job interview, that you didn’t get, you wouldn’t expected to be invited to see the end product let alone get to go to opening night. Well a month or so ago I got an invite to the press night for The Sleeping Beauty at Chipping Norton Theatre. After trying to work out if we could get there by train and bus, we realised that we would have to stay the night in Chipping Norton, this all added up to quite a lot to go and see a Panto for free. Seeing a matinee would be a lot easier for us as we’d be able to do it in a day and they were happy to give me tickets for a show today. 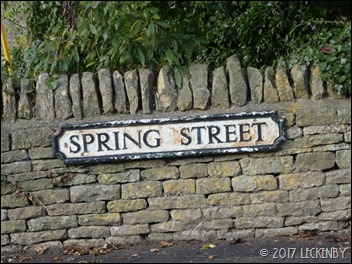 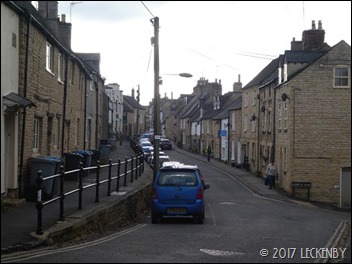 The theatre is on a very well named street, Spring Street. Anyone who ever worked at Hull Truck, before it moved to it’s new home, referred to the theatre as Spring Street, a very much loved building. In Hull Spring Street was where various shops had their storage and people lay in the cities morgue across the road from the theatre. Here in Chipping Norton the street is very different, Cotswold Stone cottages line the street, a Fullers pub next to the theatre, what is not to like. 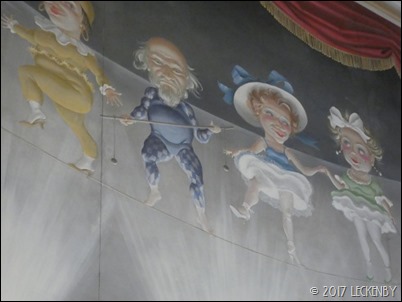 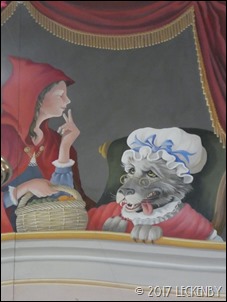 The theatre bar is small, beautiful paintings  on the walls above depict theatrical scenes, Red Riding Hood telling her Granny Wolf to Shhhh in an auditorium box (or is she saying F* Off!). A line of people do a dance with miniature puppets attached to their necks just as in a Nick Lane Christmas show.

We had front row seats in the circle of the small auditorium, holding about 200. Below was full of a local school and behind us were Mums and Dads with pre school kids, a box was full of seventy year olds, a good mix of a crowd. Looking around there were no moving lights, no mirror ball. A card hung in front of a projector blanking off the black light that they always emit when on, above a pulley and string routed up into the lighting box, so it could be removed when needed. My kind of theatre. The strong cast of seven and four youngsters filled the stage with energy, song and dance with a new take on the Sleeping Beauty story. Chipping Nortons Panto boasts to be a proper Panto, no pop songs, no TV celebs, written especially for them with all original songs. It is very popular and this year they are doing 101 shows over two months. The first half was as you’d expect, Tudor Princess cursed at her christening, which is amended by another fairy. Clumsy King, helpful jollying along side kick, colourful Nanny Fanny, pretty principle girl, a man actually playing principle boy. After all the usual ‘behind you’ ‘ oh no you won’t’ ‘Bo!’ slosh scene etc, she pricks her finger and falls asleep along with everyone in the castle. 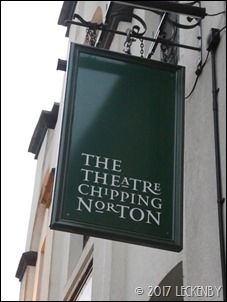 After the interval it is four hundred years later, 1967, the summer of love, flower power. The remainder of the original story is quickly finished off, Jagger Prince (surname not title) kisses Princess she wakes they are in love. But Belladonna Bindweed returns, now a property tycoon and kidnaps Jagger taking him to her Bond villains layer, including a laser to chop him in half. He is rescued by his Princess now clad in a Kill Bill outfit, Principle boy. Strangely enough they all live happily ever after, Belladonna Bindweed changing her ways and a double wedding on the cards.

We thoroughly enjoyed ourselves and talked about it for most of the way back home. If you are anywhere near,or even 100 miles away, go and see it. It has almost everything you could want from a Panto, the only thing missing a cow/horse/camel, but there would have been no space anywhere back stage for one.