A cooked breakfast to start the day before we walked up to Sainsburys for a few bits. Pushing off we winded managing not to disturb the ducks. Today would be full of turning around. 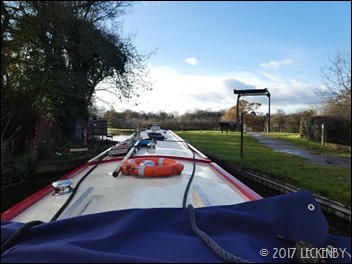 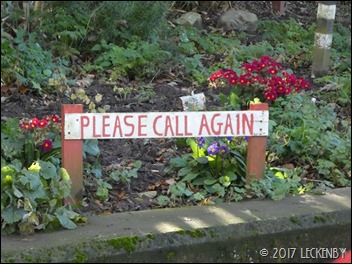 At the end of the arm we turned left only to wind at the winding hole so that we could head back to Grindley Brook. Once through the lift bridge we cruised along ready to pull in to pick up some wood. But just as we thought, we’d been beaten to it. 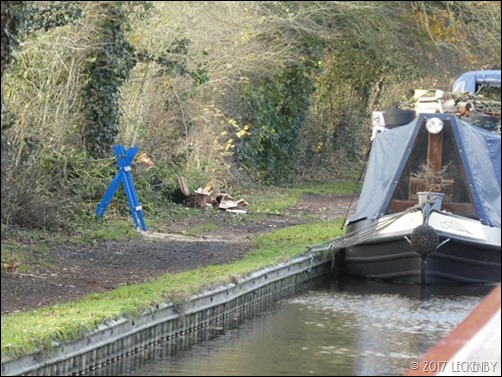 Two boats were moored up along side the mountain of wood which was gradually migrating onto their roofs. We don’t often burn wood, but the odd log late on an evening is nice, so we were only wanting a bit, but we decided to leave them to it as they seemed to be better kitted out than us for log chopping and storage. 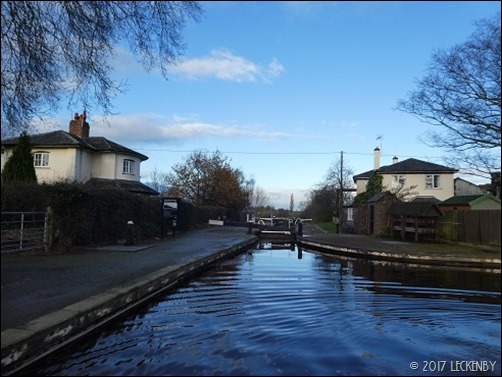 At Grindley Brook we filled up with water, disposed of rubbish, I had a shower and we emptied the yellow water tank before winding again at the top of the locks. All we need now is for the coal boat to come past so that we can stock up on diesel and coal. They are due to start their run up to Llangollen tomorrow, so we’ll see them in a day or so. 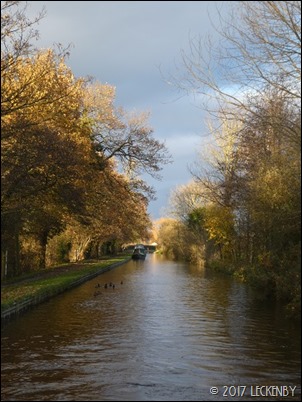 With all the winding done for the day we then carried on with lift bridges. Back through New Mills where a young lad was transfixed by Oleanna and wanted to know if the bridge was hard work. My answer was ‘Yes and No’. It’s not hard to turn the windlass, but after 49 turns you are glad to stop whilst your boat goes through, only 28 turns to lower it though. 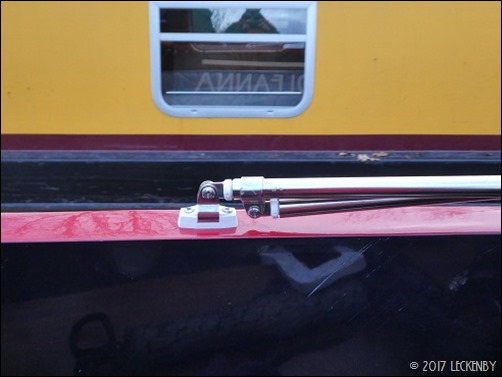 Beyond the winding hole we managed to go straight on and pass Whitchurch Marina. Plenty of hire boats in and I made a note of their diesel at 88p domestic. We’ll be using the coal boat when ever we can, but knowing what else is about may be handy. 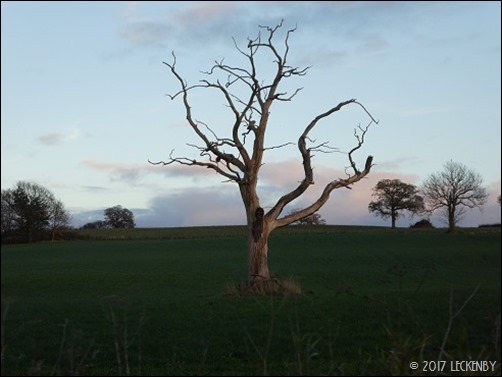 Further up another two lift bridges, but nobody to hold up. These bridges give access for footpaths or to moorings, so no big roads to hold up. The sun was starting to get low in the sky so we pulled in along a stretch of armco and let Tilly out to explore. I had a swift walk up and down with her to stretch her legs before she went off hunting somewhere. I wonder how far she would actually follow me if there were no dogs about. She quite happily gallops along behind or in front for some distance. But I turn round before I think I’m getting too far away so as not to encourage her to wonder great distances. 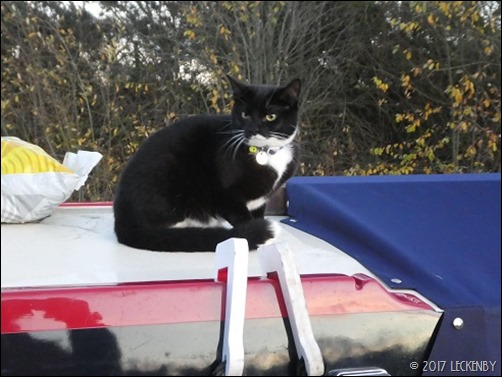 Our mooring is in one of those blind spots for mobile signal. These are likely to get more frequent the further we go. I received an answer phone message from my brother regarding plans for their Christmas visit in a brief glimpse of signal. My text replying took three hours to find another glimpse. Internet is also getting patchy. So if you don’t hear from us for a few days we will still be here, just not in the internet ether.