The aim for the day was to start climbing up the Cheshire Locks, Heartbreak Hill, with the hope of reaching Lock 49 Halls Lock where the tow path changes sides. Here Mick would be able to check out the depth of the canal before deciding whether to don his waders again. Yesterday, as there had been nothing noticeable around the bow thruster prop with a pole, Mick decided to try another fuse in the bow thruster. A quick blast of a second worked, but when he tried using it for the third time it didn’t sound so healthy and blew the fuse again! So what ever is stopping the bow thruster from working hasn’t disappeared by itself. We only have one last fuse left. 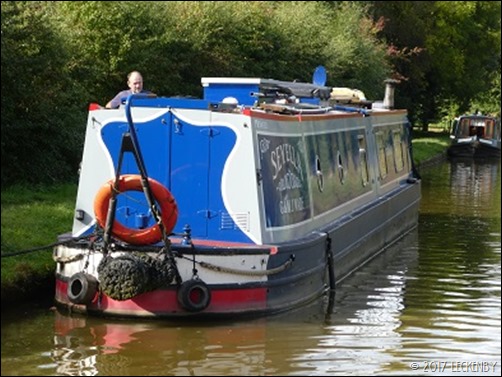 A couple of boats passed us in the rain as we had a leisurely breakfast, we had no intention of getting wet. The rain stopped around 10am and the skies were brightening up by 10.30, so we pushed off. Wheelock water point was full with a boat, pulling another boat that was pulling another boat. Glad we didn’t need water so we could be ahead of them in the locks as it looked like they would need two. A short distance on was NB Seyella, they passed us last year on the Leeds Liverpool when we were on Lillian. Geoff was about and we wished him good luck running the Manchester Half Marathon next month. 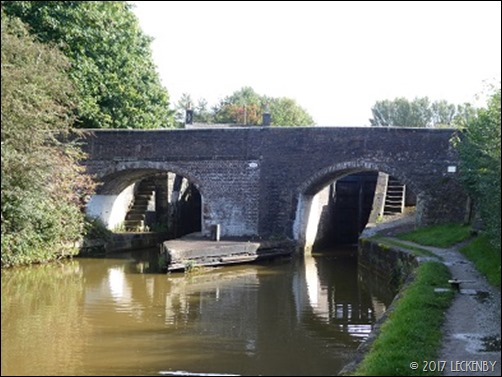 We gradually worked our way up the locks. Obviously there was a boat or two ahead of us as even though the locks are mostly paired they often were both full. But boats soon appeared coming down resetting them for us. One Viking Afloat Hire boat had a crew with yellow t-shirts on to match the livery. Maybe they always hire yellow boats. By now the sun was out and extra layers were not needed, a good day to be doing the locks. 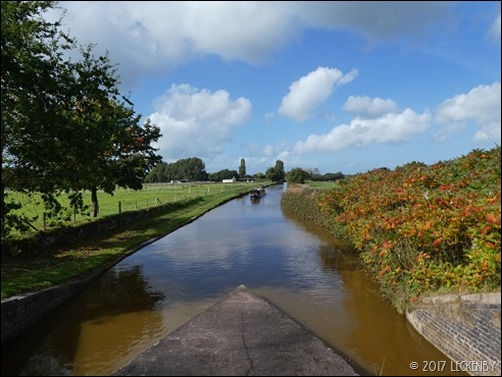 One boat coming down told us that three single handers were following them, so leaving a gate open would be helpful to them. I passed this onto Mick as it would be him closing up the locks after Oleanna had risen, as I would have gone on ahead to the next one. We don’t mind leaving gates for boats that are in view, but you never know if people have stopped for the day or a pint. A helpful chap walking the towpath in Berko once told us that the coal boat and butty were on their way, so to leave the gates for them, they turned out to be half a mile away and winding when we got to them. As I walked ahead I said I’d signal if someone was on their way down, but no boat was insight so Mick closed the gate. 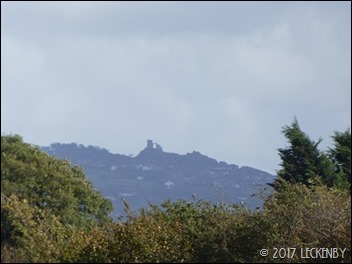 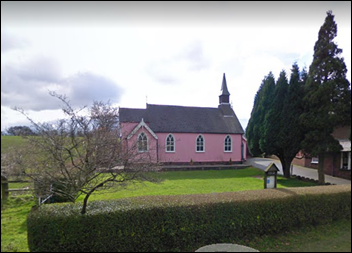 By lock 59 you can see the M6 ahead. The red shoulders of the helmsperson in front of us could just be seen passing under the bridge of stationary traffic. These were then replaced by white shoulders coming towards us, so I topped up the lock next to ours and opened the gate for them, by the time Oleanna had risen the second of the single handers was arriving, so at least we helped them there. At Lock 58 two more single handers were working their way down, so I closed the paddles and gates for them both so that they wouldn’t have to stop. Mick has never believed me that there is a pink church here, so here it is in it’s corrugated glory. 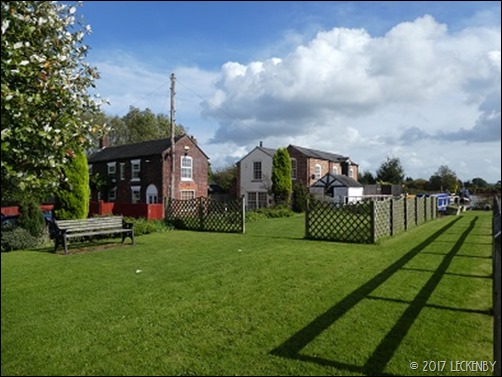 The cafe/shop/house at Lock 57 has been sold since we last passed and the 57 varieties tin sign has gone. Pausing for some lunch we decided that we should stop earlier than planned, the second mate didn’t get to go out yesterday so we could try to make up for that today. Another two locks before a long pound, our ideal mooring had already been taken. Second choice ended up being rejected on Cat Health and safety grounds, then we managed to get into the side a short distance away from the next lock. We could have carried on to Rode Heath where there is plenty of mooring, but there are also plenty of dogs.

Just as we got the pram cover up and opened the doors for Tilly the heavens opened, sideways. Tilly rushed back in to inform me of the situation leaving her damp paw prints everywhere before turning and venturing further afield. I then gave the floors a good wash. 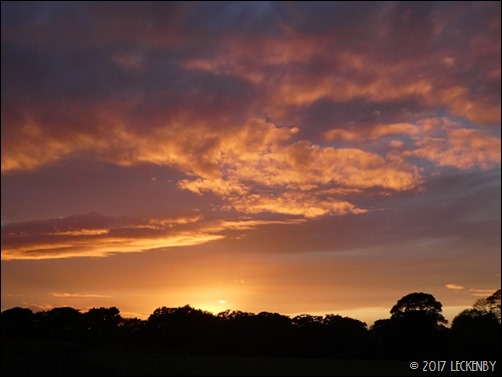 This evening I had a message from my friend Julia saying that she would like some more bags as the three I sent have all sold to one lady in Dallas. Good job I got some more fabric in Manchester, looks like I’ll be ripping it up sooner than originally thought.

2 thoughts on “Half Way Up The Hill. 29th September”